The holidays were a week away and the excitement was palpable. Even the routine changed per the headmistress’s instructions: “in order to provide a measure of mirth to daily academic tasks, teachers will open each period with a carol.” This touch of frivolity was rooted in Sister Théophile’s long-ago sojourn in England where tradition called for carolling, Crackers and Christmas pudding. 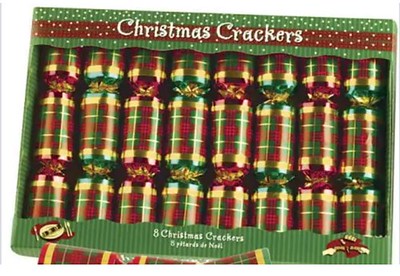 The student body dutifully answered the call to mirth.  Some girls used the songs as mnemonic devices for historical dates, scientific facts and new vocabulary. Sister Trinity, the music teacher, repeated that melodies stimulated grey matter. “It is scientifically proven that listening to great music, like Mozart, strengthens one’s mathematical skills for instance. Furthermore, mothers-to-be who place their transistors close to their abdomens enhance baby’s physical and intellectual development. Although you are not yet at that stage in life, keep it in mind.”

Sister Trinity’s declarations didn’t convince Andy. Even so, she seemed quite happy to open classes in song. “How ‘bout kids who hear The Kinks and The Velvet Underground while floatin’ inside their Mom’s belly? Probably come out stampin’ their feet, clappin’ their hands and rarin’ to go. Anyway, Trin is right. We’re not at that stage and honestly, I’ll never be. When I think of all the hassle I give my Mom, I don’t wish that on anyone.” Titi and C didn’t comment. Blanche bit her tongue to prevent herself from calling Andy the biggest hassler of all times.

Andy’s transformations were more risqué. For example, “Park that Gerald in sing-sing. Orderliness is not our thing!” replaced “Hark the herald angels sing. Glory to the newborn king.”

The run-up to the holidays was also punctuated by a lot of chatter about the upcoming honor roll. In order to make the cut, students had to meet at least one of the following criteria: outstanding academic results, exceptional project performance and recognized future potential. At the beginning of the school year, the headmistress had proclaimed that these categories provided every student with an opportunity for deserved recognition. “Every individual has unique talents” she had specified.  “Some of you possess academic capacities, others noteworthy resolution and some have reached excellence in a specific project. As your academic leader, it is my role to place as many deserving students as possible in the spotlight simply because encouragement and recognition go hand in hand with discipline and rigor. Remember ‘use what talents you possess; the woods would be very silent if no birds sang there except those that sang best.’ (1) Speaking of singing, I am quite pleased that carolling fills your hearts with joy.”

During Sister Théophile’s speech, Blanche noticed that the upperclassmen didn’t seem to give a hoot about the honor roll. When she asked sophomore Madeleine about it, the answer popped up like a heated kernel of corn. “It’s all a game I tell ya. If you don’t give the teacher a hard time, if she likes you, if you tell her what she wants to hear and if you get at least B’s, you have a shot at the honor roll.  No biggie. Who cares about a lousy list anyway?”

C questioned the sophomore’s lackadaisical stance. “Well the honor roll is on the report card and if I wanna get into nursing school, that kind of thing’ll make a big difference for me so I think it’s important.”

Madeleine and Andy blurted “C, you’re only a freshman! You have plenty of time to think of that.”

C retorted. “Well my Mom is a nurse and she told me so and I believe her. Besides, I’m starting to understand difficult subjects like math and I’m not gonna slack off. Anyway, we’ll see who gets on the list.”

Titi chimed in. “Let’s not fight about a stupid thing like that. Yup C, honor roll is important for your record but you don’t have to make yourself sick about it. Let’s have a little fun with the carols. How about  ‘Xcitin’ night! Rowdy night! All is fab, all is outa sight’. Better than ‘silent night’ huh?”

Andy didn’t approve. “Not the greatest Titi. If you sing that in class, you won’t get away with it. Your other lyrics were better. As for the honor roll, it ain’t for me cuz I’m too much of a wise guy and frankly I don’t care. PF, you haven’t said a word. Are you still in the silent library vibe?”

Blanche didn’t want to admit that she desperately wanted to be on the honor roll to please her parents, especially Papa. “We’ll see who gets on. Nothin’ we can do about it now anyway. Only one more test left and that’s algebra and who knows how that’ll pan out. At least I finally get the linear equations now thanks to you Titi.”

Andy commented. “Yeah and I couldn’t be bothered to take notes. Such a drag. I went over other stuff during the last coupla math classes. If I’da spent the time doodling, the teacher woulda figured out I couldn’t care less about her fancy equations. Ya gotta do what ya gotta do, right? And for me that was making believe I was totally into math. Actually, I was writing down dates for history and I set the numbers up to look like equations. Perfect disguise. And I figured PF, would hand me her notes anyway. A little helping hand for your best buddy, right PF?”

Andy’s cheeky sideways request was like a wasp sting. Blanche blurted “nope, no way, not on your life.” The intensity of her voice surprised her. Never before had she stood up so vigorously to Andy. “It isn’t fair for me to sweat it out taking notes while you do somethin’ else. I had to memorize dates for the history test too and so did everyone else. Read the chapter in the math book and figure it out for yourself cuz you’re not gettin’ my notes.”

Titi steered the talk back to carols. “Here’s the new version of ‘Away in a manger, no crib for a bed’ – ‘oh hey you young stranger, wait up just ahead’. Not bad if I do say so myself.”

Andy had become livid. She turned to Titi and uttered “I see where your head is at Titi, you one-track mind.”

Titi squeaked “OK guys, gotta get back to class. We’ve found cool lines for all of the carols except the French ones. No matter. PF and I are the only ones who pronounce them right anyway. I can’t get over how none of the nuns figured out why we crack up when we sing. It’s crazy! They must think we’re really into Christmas carols.”

The tests and quizzes were soon over. Blanche and her friends were done with linear equations although Sister Amelia had warned “keep these new notions in mind because they will be useful for future lessons.”

Andy was still giving Blanche the silent treatment and recreation in the pine grove had paled. But Titi always had the knack to lighten up the atmosphere. One afternoon, as dazzling sun rays thawed December’s frozen pine needle carpet, she shared some exclusive news. “Guys, I bumped into novice Marieanne on the way to employment this morning and she told me we were in for a special treat.”

None of the girls manifested curiosity. Blanche and C looked at their feet cramped and frozen inside thin Oxfords – the absence of snow didn’t require boots. Andy pouted before quipping “the only special thing on the horizon is gettin’ the hell outa here. But before that we have to go through the honor roll charade. Madeleine told me the headmistress covers the damn boards with sheets and makes a huge deal about unveiling ‘em. What a drag. Everything’s a drag anyway.”

C ventured to say “what’s the treat Titi? I think we need one right now.”

Andy interrupted “What’s the big deal? There are always nuns visiting from Québec.”

“Will ya let me finish Andy?” Titi shouted. “This one was a pastry chef before she joined the convent and she loves making holiday specialties. She brought all sorts of ingredients down here like stuff to make ‘la tire’, you know, that sticky maple taffy you spread on snow and eat with a popsicle stick. Well, she’s got that and maple sugar and special chocolate for a bûche de Noël, the Christmas cake in the shape of a log.”

Andy wisecracked. “Yeah, we sure wanna chip our teeth on chocolate logs. What ever happened to red and green sugar cookies?” 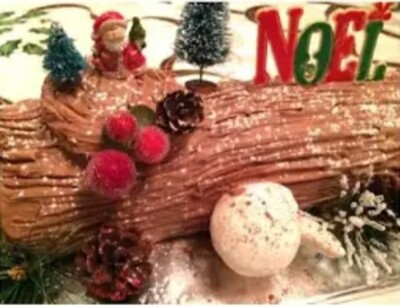 Titi, unflustered, explained. “Bûche de Noël is sponge cake rolled up with chocolate mousse, frosted with dark chocolate, decorated with little white meringues shaped like mushrooms and a dusted with powdered sugar to look like snow and…”

Blanche woke up from her torpor. “Yeah bûche de Noël is unbelievable. One of my father’s patients bring us a huge one every Christmas and it’s so good. Wow Titi, is that nun going to make some for all of us?”

“Yup” said grinning Titi. “And she’s tryin’ to talk the headmistress into organising a special lunch – maple-glazed ham and tourtière, those great pork pies. And she even suggested egg nog, without the rum unfortunately.” Giggles rippled through the crisp air as Titi finished presenting the menu. Even the clouds suspended in the glacier-blue sky appeared cheery in their white cotton candy attire.

The inseparable foursome laughed while they sang:

Titi lead the pack. “Guys, the honor roll thing is in a coupla days. But it doesn’t really matter. The best thing about first term is our gang. We toughed it out together through thick and thin. ‘All for one and one for all’ right? Who cares about seein’ your name on a list which will change in a coupla months anyway. But our bond won’t change, ever.” Titi’s unsinkable good humor did the trick. The foursome walked back from recreation chanting and chuckling. Blanche and Andy exchanged a quick glance while belting “O Christmas tree, O Christmas tree, how good you’ll be with chocolate cream! O Christmas tree, O Christmas tree, your log will be our special treat!”