The day after Thanksgiving, Blanche spent the afternoon at her friend Cecile’s house. Maman was taking the siblings to Woolworth’s to renew the stock of school supplies and had promised a stop at the soda fountain if behavior warranted a treat. Even though the previous day’s feast had satiated the diners, climbing up on those high red-padded stools and watching the soda jerk noisily prepare frozen concoctions was always exciting. So Maman dropped her eldest child at C’s small yellow ranch in Pawtucketville before heading for downtown Lowell. 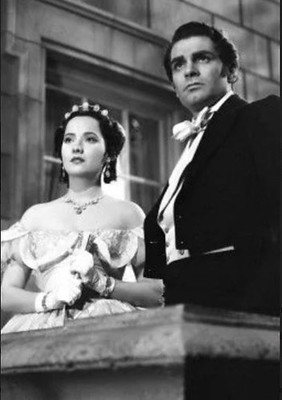 “It’s 1:30 now Blanche. I’ll pick you up at 4:30. That will give me plenty of time to get my shopping done and return home to prepare dinner. I suppose none of us is famished after yesterday’s indulging. Have fun with your friend Cecile and please give my best regards to Madame Coucy. Papa is working at the hospital but perhaps she is off nursing duty the day after Thanksgiving? À plus tard ma chérie! See you later my dear.” Maman flashed a wide smile, her dark eyes twinkled and her face glowed making Blanche think, “Boy, I’ll never be as beautiful as Maman. She looks like Merle Oberon in the ‘Wuthering Heights’ movie with Laurence Olivier. Papa is shorter than Heathcliff but just as handsome. I just wish he wouldn’t slick down his hair cuz it looks so cool all frizzed up on Sunday mornings when he makes us big breakfasts.”

Blanche was lost in a daydream when her mother pulled over. “Here we are. Hurry along now. You don’t want to lose any time with your friend.”

“Merci Maman. A plus tard. See you later.”

The Plymouth drove away with the kids waving at their big sister and Antoine shouting through the window, “I’ll have a double coffee frappe for you Blanche!” Then he made his “monster face” by pulling his lower eyelids down with his index fingers while tugging at the corners of his mouth with his thumbs and sticking his tongue out. The performance made the younger ones screech with glee. Blanche could see Maman’s face take on a stern look and imagined that she was warning that the soda fountain excursion depended on proper conduct.

Thinking of how much she loved her siblings, Blanche walked up the front steps and rang the door bell. A second later, a sunny-humored C sporting a teased-up bob, appeared. “I’m so glad to have you over PF! No one is home right now cuz my Mom took my little sister out shopping. So we have the place to ourselves. She said we could bake Toll House cookies if we cleaned up afterwards. Isn’t that great? I usually eat half the batter before I pop the cookies into the oven. And I took out my record collection so we can eat, dance, and have a Pepsi at the same time. This is even better than Thanksgiving! We went to my grandparents’ and I love them but they get tired really fast and everyone ended up falling asleep right after the meal so my sister and I took a walk then watched TV with the sound off so we wouldn’t disturb. Then my grandfather woke up and wanted the football game so we switched that on but five minutes later he was snoring again. As soon as we changed the channel he opened his eyes and was mad that we had prevented him from seeing some tackle or something. I didn’t dare say anything because my mother would have thought I was talking back and would have called off our afternoon together. So I just told her I was sorry. So how was your Thanksgiving?”

Blanche didn’t really want to share details. “It was OK. Ma Tante Lucie always makes really good things to eat but the food disappears so fast you don’t even have the chance to enjoy it. It was fine. You know, family reunion stuff. You can’t imagine how good it is to be home. So lemme look at you C. You have a new haircut, a short bouffant look. Really nice with the red bow in the middle. Did you tease and spray to get it so high? I don’t know if Sister Gerald would approve but hey, we’re not at SFA now so we can do what we want right?”

C’s eyes flashed. “Wow, don’t tell me you’ve already heard the new Animals song ‘It’s My Life’ cuz you just said some of the words! That’s crazy! My neighbour Sheila who goes to Lowell High lent me her brand new record. It’s outa sight. Lemme put it on right now. Cookies and rock & roll – nothing better! Sheila blasts music all the time and the neighbours don’t complain cuz she always stops when her parents get home from work. She says the tunes help her get her homework and chores done. She makes dinner for the whole family. Can you imagine cooking different stuff every single day? Really good things. You should taste her mac & cheese. She puts in a ton of cheddar and it gets so creamy and yummy.”

Blanche looked at her friend as if for the very first time. “Boy C, you never talk very much at school and now I can’t get a word in edgewise. What’s gotten into you? Has the new hairdo released something inside your head or what? Yeah, put the Animals on. I haven’t heard their new song.” 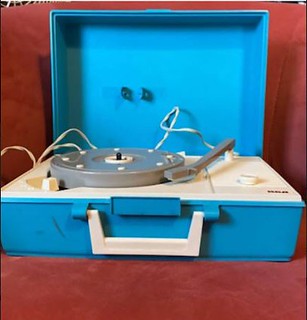 C delicately picked up a shiny black LP, placed it on her blue portable turntable and positioned the stylus to the desired track. The music began to fill the room. As C began to sing along with Eric Burdon and his buddies, Blanche was mesmerized by the metamorphosis of her usually shy schoolmate. Soon both girls were dancing, tapping their feet, swinging their hips, waving their hands and shaking their heads to the beat. It didn’t take long to assimilate lyrics which mirrored how they felt.

The song ended in a riff of giggles and locked arms swinging ‘round and ‘round. Blanche bumped into the kitchen counter where a sugar bowl precariously sat. It crashed with a thud without breaking. Sugar whitened the floor as well as the girls’ shoes but they kept on dancing until the song ended. Nothing could disturb such a moment of pure joy.

“Oh boy C. I’m so sorry!” blurted Blanche. I’ll clean everything up. I hope you have more sugar in the pantry. I don’t want us to get into trouble. Where’s your broom and dustpan?”

“Don’t worry PF. There’s plenty more sugar and it was worth it wasn’t it? I haven’t had so much fun in ages. How long can you stay? Until dinner time? We’ll bake the cookies then eat ’em then dance again then have a soda then listen to more music then…”

“My mother is picking me up at 4:30” Blanche responded bleakly. “Do we have time to do all that? Toll House are my favorite and I’ve never made them by myself.”

“Not to worry my friend. We’ll have time. And if we don’t get to bake all the batter, we’ll just eat it raw cuz it’s so good. Now let’s sweep up and get the ingredients together. Thank goodness you didn’t break the eggs cuz we only have enough for the recipe. I thought I was the only klutz but you‘re one too! OK, let’s get the show on the road.”

Every second spent with C was fabulous, from cleaning the sugar-dusted floor to sampling fresh-out-of-the-oven cookies which burnt the lips and filled the tummy. When she noticed Maman’s car in front of C’s house, a shadow of disappointment veiled her good humor. “My mother’s here C. Boy that was the best time ever. And I feel as if I know the real you now. You’re a great kid and don’t let anyone tell you otherwise. You’re kind and you‘re a hard worker and you know how to do lots of things like bake cookies and clean up in no time and remember song lyrics  and… When you’re a nurse one day, your patients will get well really fast because you will bring them joy and that’s just as powerful as any pill you can swallow. It’s true C! My Papa told me that and he knows a thing or two about helping patients.”

“Well you’re really nice too PF. I’ll tell my Mom that Blanche the A-student thinks I would be an OK nurse. I’ve already told her you’re helping me with hard school stuff. In fact, she wanted me to ask you to explain some algebra this afternoon but I just wanted us to have fun for once. And we did didn’t we Blanche?” C suddenly took on her hesitant SFA persona. Her eyes clouded and her head drooped. Even the perky red bow in her helmet hairdo seemed to lose its luster.

“Hey. Kiddo, why are you callin’ me by my real name? I’m PF and we’re gonna do more fun things together. Remember, it’s our life and we do what we want right?”