The weeks after Thanksgiving flowed with relative calm while the student body settled into a routine structured by SFA rules and regulations. As the novelty of boarding school had worn off, spells of boredom set in. In an effort to keep it at bay, Blanche and her friends imagined ingenious schemes to spice up class time. Combinations of eye rolls, squints, blinks, hand gestures and moves became an elaborate sign language. Clandestine communication also involved surreptitiously passing notes around. Andy soon became the champion tosser of spitballs moist enough to maintain a circular shape whilst flying through the air, loose enough to quickly unravel and dry enough to conserve penciled messages. Blanche and Titi never knew when the projectiles would take flight. They had to be on high alert at all times, a state which prevented them from falling asleep, especially during the “Faith Consolidation” sessions alternately dispensed by the headmistress and Novice Marieanne. While the latter spoke lovingly about pious devotion to her Lord and Savior, the former instilled fear with harangues on the wrath of God. Andy never threw spitballs during those moments because she admitted to being spooked. Instead, she fell into a self-imposed state of hypnosis when Sister Theophile described the Hades lake of fire. 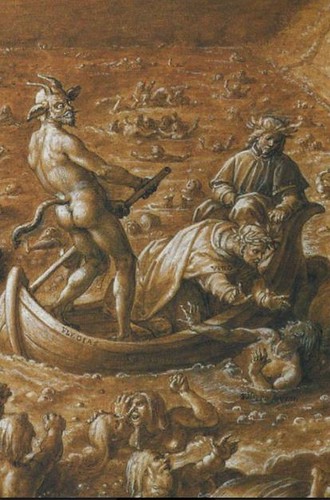 Blanche refrained from daydreaming during “Faith Consolidation” because it would bring her bad luck. She often asked herself how the headmistress could provide such vivid descriptions of eternal damnation. Had some spirit come back from the dead to tell her all about it? Clandestine communication never occurred during FC and none of the girls discussed the Day of Reckoning during recreation.

One morning, Blanche and her buddies found algebra class particularly tedious. Consequently, sign language and spitballs were in order.

Sister Amelia was presenting the three types of polynomials. “Monomial, binomial and trinomial. These are algebraic expressions that consist of variables and coefficients. Sometimes, variables are called indeterminate. Operations such as addition, subtraction, multiplication…” A cherry-sized spitball bounced off the top of C’s head. Blanche saw the hit and signaled Andy to stop immediately even though the teacher was facing the blackboard. 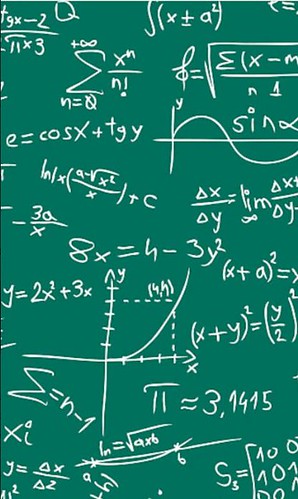 Oblivious, Sister continued. “And also positive integer exponents for polynomial expressions but not division by variable.”

A sequence of raised eyebrows, puckered lips, nods and wagged fingers prompted Andy to interrupt the spitball tossing. In the meantime, C had not been quick enough to pick up the one which had targeted her and it ended its trajectory right behind the teacher.

Ignoring what lay at her feet, Sister Amelia continued with a playful voice in an attempt to enliven the rather austere mathematical explanation. “The word polynomial is derived from the Greek words ‘poly’ meaning ‘many’ and ‘nominal’ meaning ‘terms’. A polynomial can have any number of terms but not…” Before finishing her sentence, she swivelled her torso and turned her head to face the audience with a smile. Her right foot stepped backward and produced a squishy sound. She bent down to pick up a strange object. Her cheery countenance morphed into one of perplexity then disbelief as she unfolded the crumpled paper. She read aloud “ ‘Monomial’, is that how mathematicians call the kissing disease? Hey C, you know what ‘mono’ is don’t you? Did you get to kiss a guy during Thanksgiving break?’ “ Sister, holding the missive up high, eyed Andy. “These red hearts, rose buds and ornamental details greatly resemble Andrea’s artwork. Am I mistaken Mademoiselle Tremblay?”

Blanche could see that the culprit wasn’t in the mood for verbal jousting.

With feigned, doe-eyed candor Andy explained “Yes sister. It’s my note. I just wanted to make a joke because C told us she had a hard time remembering all the different algebra terms. Thinking of something funny can help. It’s called a mnemonic device. All I wanted was to be of service to C.”

Sister Amelia, known for brushing minor digressions aside, swallowed the explanation hook line and sinker. “Yes, that is correct Andrea” she responded. “In fact, techniques to stimulate the memory are most useful and I encourage students to adopt them. They are advantageous in all of your courses, not only algebra. However Andrea, littering the classroom is not the best means to reach your objective. I could have tripped on this moist piece of paper you know. And passing notes in class disrupts scholarly concentration. Furthermore, linking mononucleosis, the so-called ‘kissing disease’ with polynomials is quite a stretch don’t you think? In any case, the former is not part of our mathematical program. Well now girls, that will suffice. Today’s course is about to end. We shall see the polynomials again next time. Until then, please learn the terms, with or without a mnemonic device. Once you have committed them to memory, we shall tackle new types of equations. Is that clear?”

The bell signaled the end of the period and the girls filed out of the classroom in the required orderly fashion.

At post-lunch recreation, the foursome trotted down the front drive arm in arm. C spoke up first. “You’re lucky Sister Amelia is really nice Andy. You coulda got both of us into all kinds of trouble. I don’t wanna even think of what my Mom would have done to me. Already she wasn’t very happy that PF and I didn’t spend time on algebra when we got together. And I kinda told her a white lie by saying the stuff was staring to sink in. Please don’t throw any more spitballs at me in algebra class. I already hate that subject and if I have to worry about being hit in the head, then I’ll never be able to concentrate. Don’t start laughing Andy cuz it’s not funny!”

“Phew C!” Andy responded, “that’s the first time you stick up for yourself. Are you finally entering a new phase of your teenage life? I like the new you C and yeah I get it. Spitballs will keep flying but not in algebra and not aimed at you. And yeah, Sister Amelia is really really nice. I thought she would get upset about the ‘kissing disease’ thing but she didn’t.”

Blanche spoke up. “Yeah, C is sticking up for herself and it’s a very good thing. She’s right about the spitballs. You gotta cut it out Andy. The sign language is fun but spitballs are too risky. And I’ve never heard of any ‘kissing disease’ which is weird because I’ve been looking through my father’s medical books for ages and I’ve never seen anything like that.”

Andy chuckled. “No surprise there! I was sure you had never heard about mononucleosis. How could a never-been-kissed chick have a clue? Titi can tell you a thing or two about it I’m sure.”

“I’ve never had mono” Titi assured, “but my cousin Norm told me all about it. It depends on the way you kiss. Anyway, I’m not afraid of it because all it does is make you tired. No big deal.”

Blanche decided to end the conversation. “Well, we’ll remember this algebra class for sure won’t we?”

With a puzzled look C agreed. “Yeah I’ll remember the ‘mono’ disease but not the algebra terms. So your memo whatchamacallit device is pretty lousy Andy.”

The bell rang to end recreation and the girls marched inside two by two.

Blanche had a hard time focussing on anything academic in study hall that evening. Her desk by the window had become a daydreaming haven. Over the past months, she had drunk up the view transitioning from verdant late summer into polychromatic fall. She had witnessed the swirling Dervish dance of the migratory birds. And now, December dusks had begun coloring the sky with fluorescent pinks, peaches and violets making the silhouetted naked tree limbs look like crooked-fingered witch hands ready to applaud at such sheer beauty. When the first snow blanketed the grounds, she saw the promise of spring in the miniature buds dotting the branches. The white grounds became luminescent, like a sheet of linen stationery waiting for a new script.