Blanche and her classmates stepped up to the academic pace. Freshmen followed required courses such as English, algebra, biology and social studies. Because the school had been founded by a religious order from Québec, French had a prominent place in the curriculum with lessons focused on history and culture as well as language. Québec Province’s motto – “Je me souviens” –  meaning “I remember” – was displayed in the study hall. Those three simple words indicated that the people of Québec would never forget their lineage, their traditions and their history. Since a majority of the students were of French-Canadian origin, stories of grandparents who had immigrated to New England in search of a better life were familiar. 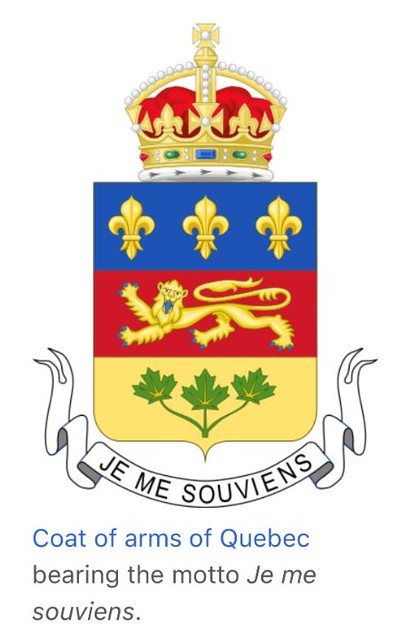 Blanche’s family was attached to its bilingual and bicultural roots. Both parents had always spoken French at home and taught their children that speaking two languages was priceless, like having two heads and two hearts and being able to discover the world from a twofold perspective. When Blanche and her siblings didn’t feel like speaking French, their parents found ploys to enforce the in-house rule, like levying a tax on the weekly allowance for every English word spoken. A chalk board in the kitchen listed the children’s names as well as the sum to be distributed on Friday evening. The expected quarter could quickly dwindle to a dime or a nickel and each subtracted penny meant fewer fireballs to buy on Saturday morning at the Windsor Shoppe convenience store on Westford Street. Blanche respected the language rule and strongly encouraged her siblings to follow suit. And so “parler français” they all did. Thanks to her family upbringing, SFA French class wasn’t frightening. Academics were important but Blanche was more concerned about creating a circle of friends, a special place where a girl can exchange, share, bicker, mock, explode and generally be herself or at least be the image she wanted to project.

As Indian summer reached its peak, lofty evergreens on campus set off the bold crimsons, warm ochres and bright oranges of the trees. Refreshing breezes made the leaves fall like multicolored confetti gracefully whirling until they landed with a slight scratching sound. The girls’ faces beaded up with pearls of sweat during games racing down the long drive or playing hide and seek behind wide tree trunks. Blanche and her classmates were growing up but never scorned simple childhood fun. They also felt the need to let off some steam after hours of concentration in class. Adolescence was changing them not only physically but also mentally and gabbing became as important as sprinting to stretch out their legs. Recreation periods allowed the girls to bond. Blanche started spending more and more time with three of her classmates in particular. Yvette, Cecile and Andrea were as different as different can be but Blanche felt comfortable around them and the feeling was mutual.

Yvette, a boarder from Hartford whose parents were New Brunswick Acadians, was a whirlwind of energy and spunk in a pee-wee package. She had waste-length chestnut hair that wrapped around her body like a poncho. SFA rules dictated that it had to be tied back but during recreation Yvette removed the elastics to set it free. The smallest girl in the class, Yvette definitely wasn’t the shyest and she always had something up her sleeve. Blanche admired her audacity and disregard for the specter of punishment. Yvette had a gift for everything academic and liked to show it off but never with one-upmanship. Like Blanche, she spoke fluent French. Unbeknownst to those who didn’t master the language, the two would comment about this classmate or that nun, with a sometimes catty “Mon Dou! Regarde ça!” (Goodness! look at that!).

Cecile was one of the lucky day-hops who could go home every day after classes. A docile, moon-faced, cheery girl, she fit in with the most rambunctious personalities who, in turn, felt appeased in her presence because her kindness and positive outlook on life was soothing. When Blanche was blue, a frequent occurrence during the first weeks away from home, sweet Cecile would immediately pick up on it, flash her perfect smile and talk about how beautiful a day it was. Just a couple of banal words about the weather could remove Blanche from the doldrums. 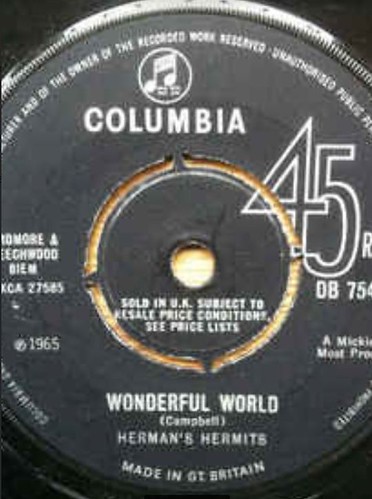 “I live in Lowell like you Blanche. During Thanksgiving break, I’ll invite you over to my house so that you can taste my Mom’s cranberry-orange jello mold and listen to my record collection. I got a few new ones for my birthday, even the last ‘Herman’s Hermits’. My favorite song on there is ‘Wonderful World’. Don’t you like that one? Maybe you could help me with some of the classes too. I know you understand stuff pretty well while I have a hard time getting it the first time ‘round.” Realizing that Cecile admired her, Blanche was moved. When Cecile told her she wanted to become a nurse one day but wasn’t sure to be smart enough, Blanche encouraged her by pointing out that helping people was much more important than acing math class. Cecile was skeptical but her friend’s reassurance helped her hang on to her Florence Nightingale dream.

Then there was Andrea, a fellow boarder who seemed to glide through each day without effort or anxiety. This astounded Blanche who had always plugged along with the tasks at hand. Andrea’s thick dark hair set off her blemish-free complexion and made her green eyes twinkle like shards of broken bottle glass. Blanche thought that Andrea must have had three-hundred-and-sixty-degree vision because she noticed everything about everyone and never refrained from commenting, oftentimes brutally. Andrea exuded self-confidence but Blanche detected that self-doubt could explain why her words towards others could be so caustic. Pointing someone else’s imperfections took the focus away from hers. When Andrea quipped about having “piano legs”, “thunder thighs” and peach fuzz growing under her ear lobes, Blanche saw Andrea’s self-loathing seep through like hot tea leaking from a cracked cup.

As the girls were getting to know one another on a glorious day when the air outside was as crisp as an apple ripening in the sun, each of the four personalities was so drawn to the others that Blanche realized SFA would no longer be hostile territory. She had found allies and future partners in crime.

Andrea directed the flow of conversation to announce that all of their names were ugly. “I hate my name and I want you guys to call me ‘Andy’. It’s zippier and it’s more masculine which I prefer because it’s more powerful.”

“Girls can be as powerful as boys Andrea, I mean Andy. Women Penacooks had special responsibilities that the men didn’t have like…” Blanche tried to share her knowledge about her favorite indigenous tribe but Andy didn’t like being contradicted and immediately cut her off saying – “who the hell are the Penacooks and who the hell cares about them anyway? I don’t know ‘em. I don’t wanna know ‘em and I don’t give a s…” Cecile chimed in, “Don’t use four-letter words Andrea. It could become a habit and if you blurt one out in front of a nun, you’ll get into trouble. Be careful Andy!”

“Yeah Andy, Cecile is right. But ain’t it fun to use ‘em anyway? We can say whatever we want when we’re together. We ain’t fibbers. No one will tell on us. We just gotta remember not to use ‘em in front of the crows, that’s all!” Blanche had noticed how Yvette got a thrill out of doing something naughty.

“OK, thanks ‘C’. We’re all gonna have special names when we’re together. It’ll be like establishing a pact. So Cecile, now you’re ‘C’. Yvette, you’re ‘Titi’ because you’re such a shrimp and, if I remember my French, ‘petit’ means small and ‘Titi’ also sounds mischievous, which you definitely are. And you Blanche, I know your name means ‘white’ in French and now I know that you’re a ‘Pena’ whatever-the-hell-it-is fan so I’m gonna call you ‘Pale Face’. It’s certainly appropriate because you always look as white as a sheet when a nun comes around and you look like you’re gonna pass out every morning before breakfast.”

Blanche had intended to instruct her new friends about the Penacooks and she didn’t like the name Andrea had chosen for her but she wanted to be part of the clan. The three girls could never replace her siblings but they were fun and they liked her, each in their own way. So within the foursome she became ‘Pale Face’ and that wasn’t so bad after all.