Blanche, Titi and Andy didn’t get a chance to talk about their holiday activities before Monday afternoon’s recreation when they took possession of their favorite spot on campus – a grove where felled pine trees were awaiting removal. Blanche had thought of the Pennacooks when she chose the hideout. The logs did not provide the most comfortable seating but they were far enough from the school to assure privacy. Sharing their secrets with just anybody was out of the question. They knew how cruel girls could be. Not even favorite sophomore Madeleine was invited to powwows lest she mock her younger friends’ naïveté. 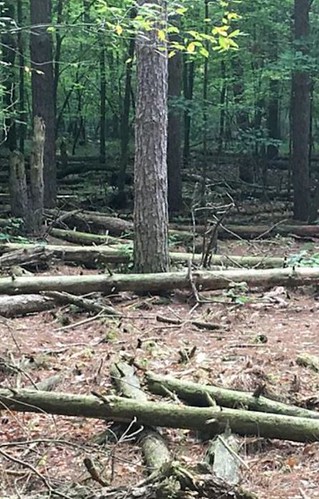 Titi opened the meeting with a series of questions. “What did you do during the break? Anything juicy to tell? I want all of the details, good or bad, or should I say, good and bad. Spit it out guys!”

Andy responded. “Whadaya mean you wanna know everything? You are the one who had big plans to hunt out the guys in your neighborhood. How did that pan out? Go ahead. You start.”

Titi sidestepped by turning to Blanche. “How about you PF, did you do anything cool? We’re all ears. Shoot!”

Andy joined in. “Yeah PF, what did you do besides homework?”

“We only had a short Latin assignment so I didn’t spend much time on school stuff.” Blanche felt like breaking away from the “model student” image and decided not to talk about all the Latin proverbs she had discovered. “What do most people do for Thanksgiving? They get together with family and eat a lot, right?”

“Will ya let her talk Andy? Boy can you be a pain in the neck sometimes” Titi commented.

Blanche added “maybe she’s a pain in another place too.”

Andy acquiesced, “OK I get it. Go ahead PF.”

Blanche continued. “Well I spent a whole afternoon at C’s house. Everyone in her family was out so we had the whole house to ourselves and…”

“You had fun making a mess, is that it?” Andy couldn’t stop interrupting.

“Listen Andy, do you wanna know or not?” Blanche asked.

“Yeah. Sorry. Go ahead.” Andy tried to make herself comfortable on the log by stretching out her legs. That didn’t seem to help much.

Blanche resumed. “We baked Toll House cookies and ended up eating most of the batter. I had never tasted it raw because my mother said it would give us a stomach ache but it’s really good and my tummy was fine. Then we drank Pepsi and…”

Andy questioned. “Did you spike it up a little? If you were alone in the house you could have found some hard stuff. But then, someone who has never eaten cookie dough has probably never drunk alcohol. Go ahead, what’s next.”

“I tasted whiskey once and it burned my throat. Why am I even talking about that. Lemme tell you the rest.” Blanche went on. “The best thing was listening to music and dancing. It was wonderful. All kinds of bands. I heard the Animals’ new song, ‘It’s my life’, and it’s great. We put the volume really high and no one said anything. I guess everyone is used to kids playing records in that neighbourhood. And C is a really good dancer. She showed me the moves for the Watusi and the Jerk. We had a blast. You guys wouldn’t have recognised C. You know how she always looks kinda shy at school? Well, she was completely different that day. And she makes really good cookies, when she manages to get the batter inside the oven I mean. Ha! Ha! Ha! And yeah Andy, we did make a mess but we cleaned it up and even that was fun. She said I could go visit her again any time. I think that was the best part of my vacation.”

Andy carried on while her two friends laughed heartily. “Well I did exactly what I wanted – hang around in my jammies, drink extra thick shakes, read in bed until one o’clock in the morning, have pancakes for breakfast. Yeah we did have the Thanksgiving meal with my cousin’s family and that was OK. It was kinda surprising really.”

Titi seemed puzzled. “How can a Thanksgiving meal be surprising Andy? Didn’t you eat turkey and pumpkin pie like everyone else in the US of A? Or did you do take-out pizza or something? I don’t get it.”

“We had take-out pizza the next day dude, and it was really good – extra pepperoni and double cheese, just the way I like it. But something else spiced up Thanksgiving this year. New neighbors came over my cousin’s house and shared the meal with us. They had just moved across the street the day before and their furniture hadn’t been delivered and so they had nothing in the house but suitcases. My hawk-eyed aunt, the neighbourhood busy-body, saw all of this while she was preparing the food and stuff and she just went over there and introduced herself. ‘Hi I’m Colette Lejeune from across the street.’ She went on and on and asked questions and found out that they would be having baloney sandwiches for Thanksgiving and so she invited the whole gang over. Well, it wasn’t a gang really, just the parents and a seventeen-year-old guy the same age as my cousin Normand. Come to find out he’ll be in Norm’s high school class. Anyway, this guy and his parents ended up eating turkey with all of us. We were kinda squeezed at the table but it was fun.”

Blanche knew how intuitive Titi was and sure enough, she fired relevant questions. “Was he cute? What did he look like? Did you guys talk? What’s his name? Did you have any time alone with him? This is gonna go someplace. I can feel it in my bones. Andy, do you realize that you have never ever mentioned any member of the opposite sex before. This is a milestone in your entire life!” Titi let out a “whoopee” which echoed across the campus grounds.

Andy reprimanded. “Don’t make so much noise you dummy! Do you want everyone to know where our spot is? Well, actually, his name is Alain Dubois, Al for short. He’s six feet tall and wants to join the basketball team and he’s got curly chestnut brown hair which his father said was too long but he doesn’t like to get haircuts so…. He has a smooth voice and…”

Titi’s smile was wide enough to make her face split. She commented “Curly chestnut hair and a smooth voice. Those are details of interest Andy!”

Blanche wanted to hear more. “Will ya let her talk Titi!”

The last words made both Blanche and Titi sit up straight on the hard log.

Andy pursued her story. “So the new neighbors had dinner with us and when dessert time came around Al’s Mom said she had bread pudding and tapioca in her cooler and could she contribute that to the meal. Aunt Colette said ‘sure’. Then Al’s Mom asked him to get the stuff and be careful not to drop it. Then my stupid cousin Norm piped in to say I should help and so that’s what happened. Norm is always teasing me and says I should start fixing myself up if I wanna attract his buddies. I keep telling him I don’t care about his buddies cuz they’re all idiots.”

Blanche was flabbergasted at Andy’s metamorphosis. Her tone of voice had changed, she appeared sheepish and the pink in her cheeks was deepening. Obviously, something was bubbling inside. Blanche and Titi held their tongues knowing that any interruption would break the spell.

Andy was looking at the brown carpet of pine needles at her feet. “So yeah, I went with Al. There were boxes all over the place and sleeping bags on the floor. He and his parents were using them while waiting for the furniture. He didn’t mind because he liked camping he said. Then he asked me if I did. I answered ‘yes’ – a total lie. Then he smiled and invited me to the White Mountains next summer. He and his parents always go to Lafayette Campground. He said it was really nice except you need a ton of mosquito repellent if you don’t want to be eaten alive. There are great hiking trails all over and I lied about enjoying hiking too. Then he found the cooler and asked me to hold one of the desserts. We were walking out of the house and I tripped on something because I was concentrating on not spilling the tapioca. Al grabbed my arm really tight in the nick of time and held onto the pudding and didn’t even drop it and now I have a black and blue on my arm as a souvenir of the whole thing. It was purple and dark blue and now it’s turning green and yellow. Wanna see?”

Titi and Blanche stared at Andy removing her jacket to uncover a fading hematoma on her upper arm.

“The first day you could see the finger marks. Al is really strong and he’ll be a great basketball player because he managed to keep me from falling and held onto the pudding at the same time. I already told you that. The weirdest part was that he didn’t hurt me at all. In fact, it felt weird, a nice kind of weird. I can’t explain. I’ve never felt like that before. And now I wish I had dressed better and fixed up my hair. I can never be bothered to dress up to go to Aunt Colette’s house and she doesn’t care so I had overalls and a red flannel shirt and my hair in pigtails. When I think of it now I feel awful. Al probably thought I was a child. Fifteen isn’t a child and it’s only two years younger than seventeen right? Anyway, he told me Tolkien was his favorite writer and he had all of the Lord of the Rings books and I told him I loved Tolkien too. So that was really cool. We talked about other stuff too.” 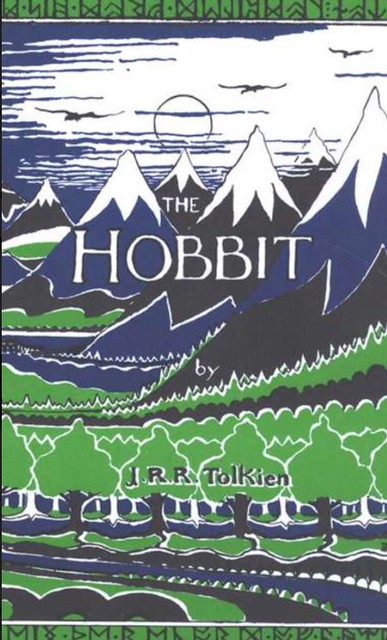 Titi wanted more details. “You had time to talk about all of that while crossing the street getting puddings? Boy you guys must have been shooting your mouths off big time. Even I can’t talk that fast. Man oh man!”

“No, no you ignoramus. We talked while eating dessert too. That’s enough about me. You’re the most experienced with boys Titi. How many did you kiss, huh? How many dates did you have? I’m sick of talking. It’s your turn.”

Blanche smirked and Titi let out a loud sigh.

“I hate to admit it but the Thanksgiving break was a total dud for me. This year, half of the families in the neighborhood were away and the other half  had no eligible guys so a no score. Big time bummer for sure.”