A long frantic day was winding down. By the time Blanche finished apologizing to her teachers for skipping class, evening had fallen. Loud grumbling reminded her that an empty tummy had been ignored for too long. When the dinner bell rang no one separated her from the rest of the boarders.

Everyone had heard the news. Titi and Andy were itching to get the rundown on hooky but they didn’t dare break silence in the waiting line lest recreation deprivation fall on them as well. Even sign language was muted. But dozens of pairs of eyes gave Blanche the once-over as she stood, pale and scruffy, grasping a cafeteria tray.

She joined her friends at table and showed more interest in examining the contents of the plate than in relating her routine-breaking day. “What is this?” she asked poking at a greyish-brown, oval-shaped object plopped on top of a mound of mashed potatoes. A quick sniff provided the answer. “Mystery meat. So what, here goes.” She popped a morsel into her mouth and chewed. “Doesn’t taste like much but it’s hot and I’m hungry.” Another larger bite disappeared inside a forkful of potatoes. “The mash is pretty good actually. Real butter instead of margarine tonight. Makes a difference.” Blanche cleared her plate in no time while her puzzled friends looked on.

Andy quipped “Or lack thereof you mean. There’s no taste to hide dude. This is positively insipid but you nailed it PF. It’s been a hard day and we need sustenance. You gotta know we’ve been thinking of you and sending good vibes your way. We’re always with ya even when we don’t see ya. Never forget it kiddo.”

Andy’s voice cracked ever so slightly and Blanche was flooded with warmth. The food and the affection revived and uplifted her. “You guys are the best. My Papa’ll be OK. I felt your vibes and I know they helped him too. But I don’t wanna talk about it right now, OK?”

Titi smiled from ear to ear. “Sure thing PF and remember ‘all for one and one for all’.”

Andy joined in. “No need to talk. Anyway, we know everything we need to know and we know you enough to know how you feel and we even know what you did.”

Andy looked astonished. “Yeah, I do know you by now PF and I also know that you know you’re in a good place with us.  I gotta say though, it was a pretty cool move to join the novices for their chapel devotions. Marieanne told us all about it. Very clever strategy. That’s what got you out of serious trouble. Even the headmistress can’t get really mad at a kid who goes to pray right? She had to give you some kind of punishment just to save face though. That’s kinda understandable in this place. If I had my way, I’d scrap punishment. It’s forbidden to forbid, I say. That’ll be the day at SFA right? Anyway, we’ll miss you at recreation. At least we’ll be together for meals.”

“Marieanne told you I prayed with the novices? That’s news!” Blanche was about to reveal the details concerning the confessor’s hideout but decided against it. Being a source of admiration from her friends, especially from ever-critical Andy, was rather pleasant so she only added a laconic “yeah, for once I made a good move.”

Dinner time was over and the boarders proceeded to file outside before evening study hall. “See ya at breakfast PF” said Titi and Andy in unison while Sister Gerald came to fetch Blanche. “Mademoiselle, before your library duty you need a breath of fresh air. Therefore, you will accompany me on a brisk constitutional. By the way, your father is no longer in critical condition. God is good.”

Blanche didn’t need to look back towards her friends. She was feeling their good vibes. The “brisk constitutional” was an expeditious march at arm’s length from the school building. Sister Gerald examined every irregularity in its foundation and touched the tiniest hairline cracks with probing fingers as if to ascertain its soundness. Blanche felt like asking Sister if she was an expert in masonry but decided against striking up a conversation.

After circling the building Sister Gerald stated “the air is crisp, the wind is not biting and you have been in close quarters all afternoon. Another lap will do you good Blanche. Come on, step up. It will clear your mind.” At that Sister quickened her pace, took long strides, swung her arms and loudly inhaled and exhaled. Blanche had noticed that Sister Gerald was always slinking through the halls and appearing out of nowhere in classrooms and dormitories but the extent of her physical stamina had never crossed her mind. 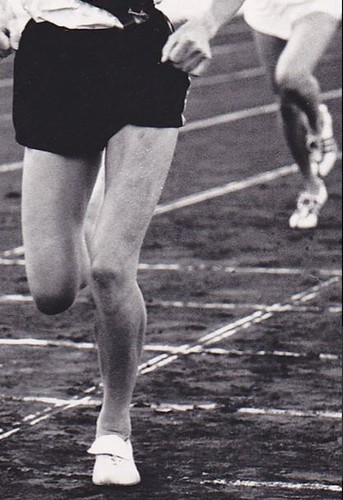 “Come on Mademoiselle, catch up. Energetic walking gets your heart rate up and stimulates your brain. You are young. This shouldn’t be a problem for you. I’m no longer young but I am sprightly and intend to remain so. I was quite an athlete in my day, before becoming the Lord’s bride that is. My specialty was relay racing where team spirit is vital. Ah, the beauty of the team. The lessons learned as part of a unified group will always inspire me. I suppose that is why I chose to join a religious community and become an educator. SFA is my team now. It is yours as well and remember that you are a precious part of it. The headmistress, myself and all of the faculty members are leaders whose mission is to train our students to run the relay race of life. We aim at providing you with the spiritual and intellectual tools to endure earthly trials. Breathe in with your nose and breathe out with your mouth to provide your lungs with plenty of oxygen and thereby boost your energy level.”

Invigorated by the biting evening air, Blanche sprinted alongside Sister Gerald. The astonishment at discovering a whole new facet of the nun’s personality had sharpened her senses. She didn’t know how she could tell her friends about Sister Gerald’s relay racing. They would never get it because Sister’s public image was so different from that of this vigorous woman in her fifties trotting contentedly. 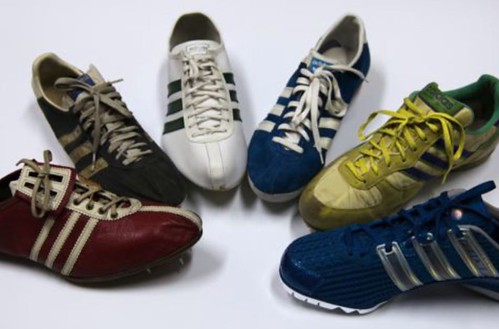 “Well done Blanche. You’ve assimilated the breathing technique. Tomorrow, I’ll show you how to use your arms to enhance your coordination and rev up your speed. This will ward off fatigue and allow you to move more efficiently. I am often tempted to indulge in running once again but no longer have the liberty to do so. Besides, neither you nor I have the proper footwear for the sport. Therefore, we shall be content with brisk constitutionals, won’t we? And Blanche, be assured that our whole community – the nuns, novices and the boarders, are all joined in prayer for your father’s recovery. Remember, we belong to the SFA team and collective prayer is very strong. I shall keep you informed. Now go to the library for the twenty minutes left of recreation. Sister Claudette will give you instructions. You know Blanche, this is not a severe punishment. We are developing our library and extra hands are welcome. You like books, don’t you? Well, new leather-bound friends are awaiting. I enjoyed my evening walk with you. Remember, strength within the team.”

Blanche only managed to murmur “thank you Sister” as she opened the side entrance and took the back staircase to the third-floor library.