The boarders, all itching to hear about one another’s Thanksgiving break, were dispatched to the chapel at 4:30 that Sunday afternoon. The two-by-two march to the Almighty’s SFA residence was less than orderly but the girls knew that chatting would lead to the cancellation of the evening’s recreation so they held their tongues.

Non-verbal messaging wasn’t difficult for Blanche, Titi and Andy because they had perfected their own sign language. One evening while she was daydreaming in study hall, Blanche thought about the Pennacooks scouting the woods as noiselessly as the wildlife they sought to observe. She assumed they used gestures to connect with one another. The SFA library didn’t provide much information on the topic and the family Britannica didn’t satisfy her either so she planned on spending time downtown at the Pollard over the next holidays. She would organise an outing for her siblings and let them browse through the young readers’ section while she pursued her research. In the meantime, wondering about the Pennacooks triggered her imagination. Why not make up some basic sign language? With a thumbs up from her buddies, she decided the blink of an eye became a “yes”; both eyes closed a “no”; hands crossed meant “keep your mouth shut and wait”; arms crossed indicated “don’t give in”; hands on the hips said “get ready to get outa here”; scratching the top of one’s head à la Charlie Chaplin was “this is fishy”. The list lengthened with time. But during the walk to the chapel that afternoon, even coded communication was problematic because novices were put on high alert. Marieanne was responsible for the freshmen. With a raised eyebrow and an index finger in front of her pursed lips, she requested silence but the wink of an eye betrayed her intent to disregard the role of strict disciplinarian. The threesome liked Marieanne and complied, knowing that Madame Greenwood’s niece was a crucial partner in the upcoming fashion show project.

Blanche thought the chapel was the most welcoming location in the school. Its six hundred square feet was hardly heated and its straight wooden pews were designed for discomfort. Nevertheless, entering its nippy atmosphere was stepping into a surreal environment where the fragrance of incense combined with that of beeswax candles which cast a soft golden veil of light. 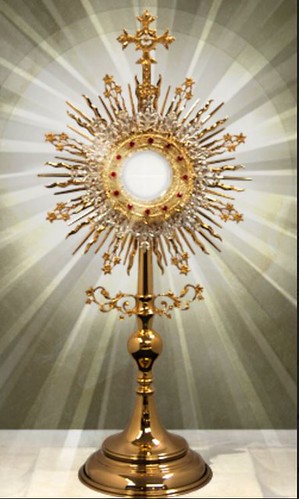 Blanche rarely made the effort of getting up at five in the morning to join the nuns for daily Mass but she never minded going to chapel, especially for devotions like Adoration when a golden monstrance, placed on the simple oak altar, glowed like a setting sun whose ornate rays displayed the white wafer of the Holy Eucharist. Attendance to this ritual was mandatory and many of the girls loathed it. But not Blanche who became intoxicated breathing in the sweet, pungent incense. She had also taken a fancy to Gregorian chant. Sister Trinity, the music teacher, had done her best to acquaint the girls with this music from the Middle Ages named after Pope Gregory the First. Blanche had smiled when Sister encouraged singalongs with the novices while pointing out its “medicinal qualities”. “It is scientifically proven that Gregorian chant promotes peaceful thoughts” she had assured. “Girls, you know how pop music gives you energy and makes you want to dance. Well, Gregorian helps reduce anxiety.” The unexpected parallel had not particularly pleased the headmistress but it had made a point. Consequently, not one of the boarders shirked at singing in Latin. 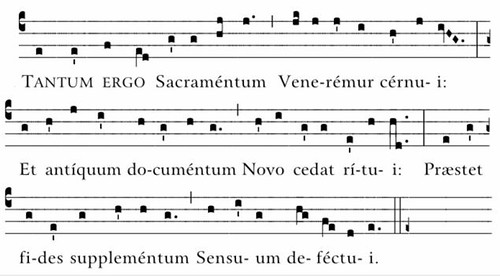 “Tantrum ergo Sacramentum, Veneremur cernui” (“Therefore we, before him bending, this great Sacrament revere”). Blanche enjoyed this piece for its simplicity. It was devoid of rhythm but sometimes, when the voices came together as one, she imagined that the strange square notes on Sister’s song sheets were magic boxes producing sounds meant for otherworldly spheres where peace and serenity reigned.

Blanche’s meandering mind was brought back to reality that afternoon when the headmistress trumpeted, “I trust you have all had an enjoyable Thanksgiving and have returned refreshed. You gathered around tables of plenty and expressed your thanks to the Almighty for all of His blessings and now, before embarking on the next step of your academic journey, it is only fitting to continue to praise Him. Therefore, we are here for a half hour of meditation, a time for us to center our minds and hearts towards our mission of pursuing an education which stimulates the soul as well as the mind, to discipline the flesh and hone the spirit.”

Andy took advantage of the headmistress’s dramatic tone to whisper out of the side of her mouth “Here we go again!”

Blanche heard Titi turn a giggle into a fake cough which seemed to extract Sister Theophile from her grandiloquence.

“You have surely grasped the meaning of my welcome back message girls. Now, before this evening’s repast, I ask you to manifest gratitude for the Lord’s bounty.” At the end of her exposé, Sister made herself comfortable in a red velvet upholstered throne chair placed in front of the altar then bowed her head and closed her eyes. Blanche thought maybe the headmistress wanted to have a quick snooze before supper and took advantage of the fact that Andy, Titi and everyone else had followed suit to take her first really good look around. The sound of inhaling and exhaling hypnotised her. After a few minutes, rumbles could be heard, perhaps coming from hungry stomachs or else from open mouths beginning to snore. Everyone seemed immobile, as if turned into wax.

The Chapel of the Holy Ghost was the only exquisitely decorated place at SFA. Sister Regina, the maître d’oeuvre, had spent months planning, measuring, sketching, prepping, painting, retouching, adorning and embellishing its four walls. Inspired by the satori aesthetics acquired during her four-year teaching tour in Japan, she had single-handedly transformed a large windowless room into an antechamber of paradise. Sitting in there made Blanche feel as if she were inside a rose, one of those old-fashioned ones whose cream-colored heart and baby-pink petals gradually blush to a warmer shade when they reach the tender green leaves and stem. “If I were a lady bug resting in a flower, this is how it would feel” she mused.

On each wall, frescoes of angels draped in powder pink gowns, sat on pale ivory gossamer clouds. Like celestial Mona Lisas, they were discreetly smiling at one another and pointing towards the front where a sage green banner displayed the words “Salvator noster” (our Savior) behind the altar. Under the banner sat a fluffy white lamb with a yellow cross nestled in its front legs. Blanche had the impression that the lamb was smiling too. She found the dainty pastel tones of the chapel as soothing as the Gregorian chant and somehow, the prospect of spending four weeks away from her family seemed a bit less daunting. The day after Thanksgiving she had spent an afternoon of fun at C’s. Her other friends were there sitting beside her. She had gradually assimilated the boarding school routine. The reverie made “Temps Fugit” a relevant choice for the next day’s Latin commentary.

“I’m glad now that Maman signed me up for art class with Sister Regina even though I can’t draw. Maybe Sister will help me improve, not that I can ever imagine becoming an artist.” Blanche thought of her cousin Michelle who, in fifteen minutes, could capture the model’s personality in her sketching pad. “Nope, I’ll never be like Michelle. But maybe I’ll have fun with colors and stuff like that. Yeah, at least I’ll try.”

The half hour of quiet time ended serenely for everyone. An orderly file of boarders marched down to the dining hall for the “simple repast” announced by the headmistress. The turkey and rice soup and freshly sliced bread was surprisingly tasty and Blanche concluded that a Thanksgiving feast had graced the SFA nuns’ table. The giblets, neck and carcass had not gone to waste. She remembered that Tante Lucie had attended a nuns’ school before signing up for her secretarial course. Did her turkey soup recipe come from the nuns, Blanche wondered?