Blanche had always felt uncomfortable in math class. In grammar school, when she began having a hard time deciphering numbers on the board, her teacher expressed concern. Papa immediately guessed that his daughter needed glasses. After a diagnosis of myopia, Blanche was fitted with a pair she immediately abhorred – Maman’s choice of pink cat-eye frames. It was bad enough to be a clumsy ten-year-old with separated front teeth, needing glasses made her hate herself even more. So despite her mother’s enthusiasm about how “stylish and becoming” they were, Blanche hardly ever wore them. Consequently, getting up to snuff in math was challenging.

Algebra at SFA was different and the pink cat eyes had been replaced by tortoise shell. Wearing discreet glasses did nothing to boost her enthusiasm however. It’s not that she didn’t understand algebra, it’s just that she felt frustrated by the rigidity of it all. If you began an equation with a mistake then the whole process went haywire and there was nothing to do but to start all over again. Patience was not her forte and repeating operations again and again made her want to abandon the mathematical ship. But in study hall that Thursday night, she was determined to wrap her head around coefficients, variables and constants. Strangely enough, she found those terms clearer than the ones Sister Theophile had used just an hour before. At the end of the ninety-minute study session, she felt ready for the algebra quiz and wiped the shower speech out of her mind. Thursday wasn’t a shower night anyway so she didn’t have to worry about “impure” thoughts.

Blanche had a fitful night’s sleep punctuated by nightmares of bird fights with vultures and crows attacking swallows and starlings. The morning alarm blared at six and a sleepy-eyed Blanche mechanically splashed her face with cold water, slipped into her uniform and shuffled downstairs for breakfast. The sugar boost from the maple butter and toast got her into working order and, after a silent meal accompanied by a text about Saint Joseph of Cupertino, a humble and obedient Franciscan from the kingdom of Naples, Blanche proceeded to employment. Sister Fran was there to welcome her but was too busy preparing her classes to answer Blanche’s questions about bird migrations. Employment that day was limited to sweeping the floor with an occasional glimpse towards the school grounds half stripped of their Indian summer regalia.

First period on Friday was algebra. The girls marched into class one at a time like cadets. They took their seats while the teacher looked on with a smile. Sister Amelia was kind and did her best to simplify her subject matter. Ever sensitive to easily-confused students, she always remained upbeat and encouraging. Her pale blue eyes extended prominently from their orbits to give her a look of perpetual astonishment. Everyone found her face unusual. Andy, who had an explanation for everything, declared that Sister Amelia suffered from a thyroid condition which made eyes pop out. Blanche didn’t exactly know what the thyroid was even though she had always clandestinely leafed through her father’s medical books to examine the graphic photos of diseased bodies. She couldn’t recall seeing anything on the thyroid and protuberant eyes. 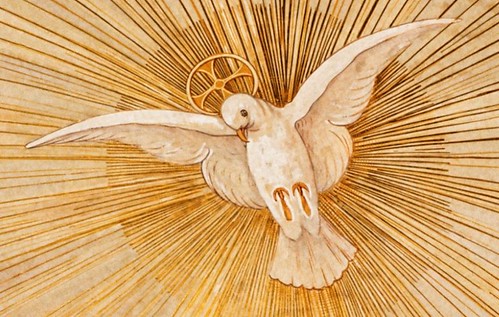 “I expect total silence while I write the problems on the board. Do not forget to sign and date your papers and to call upon the Holy Spirit – ‘Saint Esprit, éclairez-nous’ (Holy Spirit, enlighten us). How comforting it is to know that you can always turn to Him for enlightenment. He is there to assist you at all times. Remember – ‘ask and you shall receive’. Now for your quiz.” 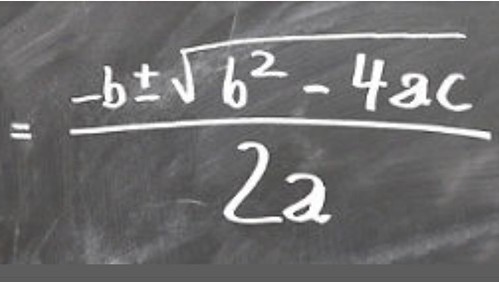 As Sister Amelia was writing on the board, Blanche didn’t hesitate to ask the Holy Spirit for help. So familiar were the four words that, for a split second, she was back home. Every morning her mother said “Saint Esprit, éclairez Papa” to her husband as he went to his medical office. “Saint Esprit, éclairez les enfants à l’école aujourhd’hui” (enlighten the children at school today) was the sendoff to the three elder children as they headed for Notre Dame de Lourdes parochial school on Middlesex Street. She never forgot to include her baby. “Saint Esprit éclairez Marguerite aujourd’hui, pour qu’elle soit sage” (enlighten Marguerite today so that she may be well-behaved). Yes, the Holy Spirit was Blanche’s divine friend because there was nothing frightening about a spirit who was depicted in her catechism as a white dove from whose wings radiated heavenly graces. He was known to be more powerful than any Fairy Godmother so Blanche no longer dreaded the algebra quiz.

Suddenly, a soft “psst” coming from behind disturbed her concentration. Andy was asking Blanche to place her sheet on the edge of the desk. Obviously, she wanted to cheat. Blanche knew that algebra wasn’t hard for Andy so why should she copy someone else’s answers? It didn’t make any sense. Blanche had noticed that Andy hadn’t been hitting the books very much lately. Just the night before, she had been doodling. No one could draw caricatures like Andy could. Her cartoons of nuns and students delighted one and all. Just as her words exposed everyone’s foibles, her sketches pitilessly reproduced their physical flaws.

Blanche concluded that Andy wasn’t prepared for the quiz because she hadn’t bothered to take notes in class or review the textbook. She expected PF to come to her rescue and save the day. Blanche was disappointed as well as insulted. Disappointed because she always tried to avoid conflict and insulted because she had worked very hard to assimilate material which Andy need only browse. Her friend hadn’t even done that so why should she get a free ride? Without any sign of acquiescing, Blanche started reading the problems on the board knowing that Andy’s wrath would erupt during recreation. As she learned to dodge punches, Blanche was toughening up. At that moment she recalled anecdotes about her French-Canadian grand-parents. Didn’t they stoically surmount obstacles when they decided to immigrate to New England? Thoughts of those perseverant forebears gave her a boost and helped her hold her own.

When Sister Amelia announced the start of the quiz, Blanche put on her thinking cap along with her glasses and started tackling the list of equations. She didn’t make an effort to hide her paper but her scribbles were out of viewing range. “Another “psst” was quickly silenced by a flash of Sister Amelia’s globular eyes.

Blanche avoided Andy that whole morning. The girls proceeded from one course to another and, for once, Blanche appreciated the no-talking rule between periods. She left class with a good feeling about the quiz and about her refusal to facilitate cheating.