The rooftop escapade created a special bond between Titi and Blanche. Their comings and goings had gone undetected but Titi often made conspicuous references to a cigarette shared in the middle of the night. With a pencil between her fingers, she mimed a smoker’s moves while turning to Blanche in a cascade of giggles. The little balcony, however, remained top secret and plans for another ascent were materializing.

Blanche’s involvement in a prohibited activity seemed so far-fetched that no one believed it, Andy least of all. “PF with a butt in her little mouth? No way! Find another wild story to tell, will ya Titi. Anyway, I know you guys have something up your sleeve and I’m determined to find it so I’m gonna torture you until you spit it out!”

Blanche was learning to let Andy’s taunting slide like water off a duck’s back. An idea popped up to thwart the grilling. Titi and Blanche were both enrolled in an accelerated French class for bilingual students. They had always used the language at home and speaking together at SFA had become a fun way to exchange “entre nous”.  Andy was excluded from the Gallic banter. Although her parents were fluent, they had chosen to raise her exclusively in English reasoning that French was not necessary for success in America and two household languages could only lead to confusion. So Andy could only say phrases like “Je m’appelle Andrea” or “Bon appétit.”

“In French class, Titi and I are learning about bread and cheese and stained glass windows. That’s the only thing that’s going on right now Andy. And anyway, you’re right about me smoking. Just the smell makes me feel like barfing. My father used to smoke and then he had two heart attacks and his doctors told him he had to quit so he did and everyone in the family was glad because his Kents stunk up the whole house. So you’re right Andy. You won’t see butts in my little mouth.”

Blanche’s budding self assertion gave her the gumption to spin a yarn. 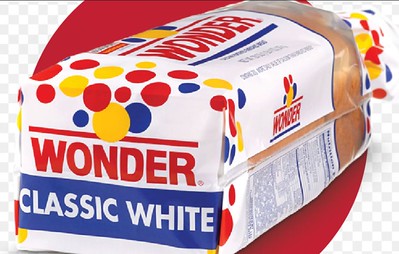 “Did you know Andy, the French bread called “baguette”, meaning little stick, has only four ingredients – flour, water, yeast and salt? It’s not like Wonder Bread. And France produces hundreds of kinds of cheeses. President Charles de Gaulle even said ‘how can you govern a country which makes 365 varieties of cheese?’  Maybe French people are hard to manage? Anyway, they’re lucky because they can have a different cheese on their baguettes every day. Pretty cool huh? I wonder if they would like Velveeta and Land O’ Lakes?

We also discovered that today’s artisans can’t reproduce the colors of Gothic stained glass windows? The blue windows in Chartres cathedral were made in the Middle Ages, in twelve hundred and something, and today in the 1960’s, no one can replicate them. It’s really amazing. So you see Andy, since Titi and I already know a lot of grammar and vocabulary, we have time for lessons about all kinds of things. If you want, we can tell you guys all about the stuff we’re  learning.” Blanche was quite proud of herself after the display of French trivia.

“Awright, enough already! People enjoy bread and cheese with wine in France don’t they? Have you guys learned anything about that? Have you even asked Sister Lucienne any questions about it? Wouldn’t it be cool to have wine and cheese tasting included in French culture lessons? Over there, teenagers like us can have a glass of wine can’t they? Anyway, I know you and Titi use French to keep the rest of us out of the picture but I’ll get to the bottom of the mysterious cigarette story sooner or later. And don’t you think I’ll forget it. I still smell a rat and my nose is sharp. You know it!” Andy retreated, recreation ended and Titi and Blanche headed for class with their secret well-kept.

Sister Lucienne’s sunlit corner was unlike any other classroom in the building. When they crossed its threshold, her students entered into a greenhouse library where plants of all kinds shared shelves with scores of books. Stems, leaves, sprouts, buds and blossoms seemed to breathe life into old dictionaries, novels and historical volumes. No boarder had ever been assigned to her classroom for employment because Sister wanted to delight in the early morning moments by tending to her verdure in peaceful solitude. She especially nurtured a fine collection of African violets, called affectionately by their scientific name “Saintpaulia”. Pink, indigo, mauve, white and variegated blossoms joined the traditional purple flowers in windowsill planters. Strategically-placed book shelves forced students to steer clear of the fragile plants. Although the girls found her behavior unusual, they never mocked Sister Lucienne. This taciturn nun only dispensed words on two occasions – during her solo horticultural pursuits and during her French courses. Even her glances were measured, most often directed towards the outside where she could contemplate the campus fauna as well as its abundant flora.

After the cultural exchange with Andy, Titi and Blanche lightheartedly entered into French class. Despite the fact that Monday’s lessons usually focused on boring grammar idiosyncrasies, they were both happy because their secret had remained just that.

Tall and upright like a tree, Sister Lucienne was waiting to welcome the freshmen and upperclassmen who made up the baker’s dozen of bilinguals. Her angular features sharply contrasted with the opulence of the botanical schoolroom. Large thick glasses protected her tiny eyes preventing anyone from reading into her thoughts. This optical barrier forced students to stay attuned to the fluctuations of her voice, so melodious when it echoed the lilting sounds of her rural childhood in Saint Hénédine of Beauce, just south of Québec city. She enunciated each word with gluttony, as if she were savoring a bite-sized “chou à la crème”. Encouraging her students to be proud of their ancestral tongue by pointing out its musicality was primordial. She did not fail to point out that the language spoken in “l’Hexagone” was different, as the sample of Friday night’s Godard film had shown. But never once did the comparison belittle the French her students spoke.

“Jacques Cartier discovered the Saint Laurence in 1535 and Samuel de Champlain founded Québec in 1608. French explorers planted a Gallic seedling on this side of the Atlantic and the offshoot has never withered. We proud descendents are still here to bear witness to their legacy.”

When she spoke of the history of “New France” and its 1759 capitulation at the Battle of the Plains of Abraham, Sister Lucienne’s words took on a distinctive vibrato and her emphatic sentences inevitably ended in a dramatic treble. A glimmer on her cheek demonstrated that remembrance of things past lead to overwhelming emotion, as though she had experienced the events first hand. The girls didn’t need to see Sister’s little myopic eyes to know that they were filled with tears. 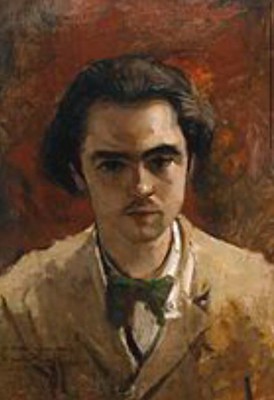 That Monday, there were no syntax drills or detailed accounts of the British victory at the Battle of Québec. Sister Lucienne left the beaten path with a lesson in keeping with Mother Nature’s cycles.

“Bonjour Mesdemoiselles. Entrez, entrez vite. Today we shall delve into one of the most beautiful poems written about Fall. After all of the luminous late summer days we enjoyed, today’s gloomy drizzle shows us that nature’s course must carry on. With that in mind, we are going to discover “Chant d’Automne”, a masterpiece by nineteenth century symbolist poet Paul Verlaine, one of the greatest representatives of the “fin de siècle” and perhaps the one who best demonstrates the melodic beauty of our language. I know you understand the vocabulary but I’m providing an English translation first. Afterwards, the French will allow you to enter into the poet’s universe.”

Holding a well-worn volume of poetry in her cupped hands as if it had been one of her prized Saintpaulias, Sister Lucienne breathed in deeply, lifted her chin, cleared her throat and read.

With long sobs
The violins
Of autumn
Wound my heart
With languorous
Monotony.

All choking
And pale, when
The hour sounds,
I remember
Departed days
And I weep;

And I go
Where ill winds blow,
Buffeted
To and fro,
Like a
Dead leaf.” *

Without a comment, she gently closed the book and paused for a few moments before proceeding with the French verses she had committed to memory.

Sister Lucienne’s voice played the first stanza’s nasal sounds like a cello. The second stanza began with a whisper and ended with the faintest of whimpers. As her delivery climaxed, Sister’s arms and torso swayed like an aspen, forced by a pitiless gust, to relinquish its golden leaves.

The girls were mesmerized. Without dissecting the poem or reading literary reviews, they had entered into Verlaine’s universe by witnessing their teacher’s embodiment of its melancholy message. They had heard the violins’ sobs , remembered departed days and pictured the buffeted falling leaf. By transmitting the poem with her heart and soul, Sister Lucienne had unleashed the uncanny power of poetry.

“Mes chères filles, you have just drunk in Verlaine’s “Chant d’Automne”. You’ve got the rest of today’s period to look outside, to reflect and, if you wish, to write about it. Do not scrutinise Verlaine’s verses. Just share how you feel after having experienced them.

Sister had never before chosen this pedagogical path but none of the girls balked. Blanche deduced that Sister Lucienne was part Huron, just like Sister Fran. That’s what made her so sensitive to the simplest of terms depicting the magnificence of nature. After contemplating the grounds, Blanche picked up her yellow number 2 pencil and attempted to address Mr. Verlaine with her own plain words.

*From “Poèmes saturniens” published in 1866, translation by Richard Stokes