Blanche swallowed a few bites of ground beef and mashed potato while reliving the afternoon’s events. With shoulders back and chin up, she had survived the ordeal of walking around the reception hall in the bright red outfit her mother had chosen. The schoolmates’ round of applause helped her get one foot in front of the other without tripping. Her double-jointed ankles often twisted, making her flop around like a rag doll. Wearing dress shoes that afternoon put the odds in favor of tumbling. But it didn’t happen.

“Come on PF, you gotta eat something after the far-out fashion model trip. For once, the mashed potatoes are actually good. Lotsa butter in ‘em. Nothing like comfort food I say, and ‘purée de patates’ is right up there with peanut butter and Mac & cheese. Come on, if you keep a face like that I’ll have to find you another nickname, like Face of the Living Dead. Whadaya say FLD?  Ha! Ho! Whoah!”

Andy’s belly laugh wasn’t at all like Titi’s cascading giggles but it managed to remove Blanche from her torpor. 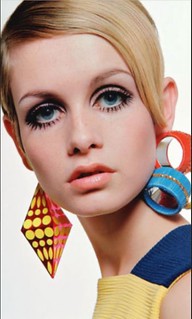 Titi joined in. “You guys, can you imagine? Madame Greenwood singled us out first. We were the models for everyone. For sure, we are a hard act to follow. I kinda felt bad for Madeleine when Madame said her earrings were too big and dangly for a girl with short hair. And when she told C that espadrilles weren’t appropriate for Fall. ‘One doesn’t pair cloth footwear with wool my dear’.” Titi imitated Madame’s clarion pitch. “C told me later that she wanted to talk about getting new shoes during Thanksgiving break but didn’t dare open her mouth.”

“Yeah, you know C. She’s way too shy to talk in front of a crowd. I think her espadrilles were cool and I like the way the white ribbons tie around the ankles. I’ll bet she can’t run in those things though, not that you’d catch me dead running!” Andy was surprisingly upbeat making Blanche think that being singled out by Madame had taken the edge off her usual sarcasm.

Blanche downed the buttery purée and felt better. Dinner was over and the girls headed outside for recreation where the post conference assessment continued. 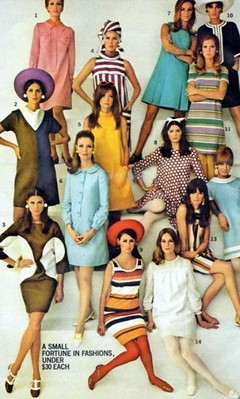 “I wonder if the headmistress will say OK for the fashion show? Great idea Andy, but no way am I gonna model! I’ll help out behind the scenes instead. Besides, I’m only just learning to sew and I can’t make anything nice. You and Titi are really gifted and you know how to choose fabric and patterns and everything. I have to learn more. My mother told me she would get me a Singer if I promised to make my little sister some outfits.”

“Hey man! You see what a good serving of mashed potatoes does to your soul? It literally brings you back to life. So long FLD and welcome back PF! Yeah, you really think there’s a chance of getting the fashion show off the ground? We could do all kinds of creative stuff and we could even invite family and friends and charge an entrance fee and use the profits to buy a better film projector or something. Not that we’d ever see cool movies in this place. But at least if Sister Gerald had auto-focus equipment, the frames would instantly become crystal clear. We could also get decent supplies for the arts and crafts room, like natural bristle brushes. Those plastic ones are useless. You can’t paint anything with those things. Really bad! And…” Andy was putting the cart before the horse with her ideas about spending hypothetical admissions money but her friends had a grand time listening.

Titi chirped. “You guys, I’ve got an idea. My employment duty is cleaning the hall outside the headmistress’s office as you know. Well, the other day, I overheard her discussing with that pretty novice we see in chapel sometimes. Name’s Marieanne. Well, I heard ‘Aunt Adeline’. Turns out she is Madame Greewood’s’s niece. Auntie is often invited to give conferences but usually refuses because of her busy schedule. But since she knows her niece is happy here at the novitiate, SFA got her services free of charge. And then she explained how Auntie was an expert in etiquette and stuff like that. Sister Theophile looked impressed and started sharing stories of her years in the English abbey where ‘proper education and courtesy are essential to spirituality simply because one must be polite with the Almighty.’ I remember those exact words. It makes sense, don’t you think? If you’re in trouble you’re not gonna be rude to the Man Upstairs who’s supposed to come to your rescue right?”

“When did this all happen Titi? You never told us! That can really help get the fashion show off the ground. But we’ve got to play our cards right. You know Titi, you’re a bird brain sometimes but that little chick face of yours can get us places. We’re gonna use you to get the show on the road dearie!” Blanche could see there was a plan brewing inside Andy’s head.

“Well I guess I overheard them the other day but I didn’t think too much of it because my mind was on all our quizzes. And then they both noticed me listening to their conversation so I got out of their sight as fast as I could and bent down under a side table pretending to pick up dust bunnies. I think it worked because when Sister T came back to her office she told me that microbes like to breed in remote places where dirt collects. And then she said to run along. Boy was I glad to get out scot-free again!” Titi looked long and hard at Blanche who immediately thought of their secret rooftop adventure weeks before.

“Yeah, you’re lucky. It’s cuz you’re so small you can squeeze into tiny spaces. I’m thinkin’.” Andy’s face lit up. “Titi, have you actually spoken to Marieanne or did you just overhear the conversation with the headmistress?”

“I told you I overhead them. And come to think of it, Marieanne comes to see the headmistress once in a while. I guess the two of ‘em get along. That last time the headmistress said something about how the English are ‘better bred’ than the Americans are and about all of the etiquette teachers there, like Marieanne’s aunt.”

“You listen to all of their conversations Titi?” Andy pursued the interrogation while Blanche looked on.

“When I can, sure thing. Whadaya think? Hunting for dust is pretty boring so if I can get some entertainment, why not?”

“OK, OK already! How ‘bout this. Tomorrow at employment, go up to Sister T with a humble look on your cutie pie face and say – ‘Please forgive me for disturbing you but may I please ask Novice Marieanne to tell me about her journey into religious life? I’m interested and she could help me a lot.’ Say something like that.”

“Well that’s pretty stupid Andy cuz Sister T is gonna respond that she is the boss at SFA and so she is the one to talk to, not some novice! I’ll take your compliment though. Usually you call me ‘shrimp’ and ‘twelve-year-old boy’ but today I’m ‘cutie pie face’. That’s a promotion!” Titi was getting impatient. “Just spit it out Andy. Study hall is in fifteen minutes!”

“For once, you’re right Titi. You don’t wanna annoy the headmistress. So tell her you are seeking  her counsel and then ask permission to speak with Marieanne who is preparing to take her vows. That should do it. Specify that these conversations would be best before Thanksgiving break ‘cuz you wanna share your thoughts with your parents. Once you get Sister T’s OK, you can tell Marieanne about how instructive organizing a fashion show would be for all of us girls. But we’ll get to those details later. First things first. Whadaya think?”

“OK, that sounds better. I can do that no sweat. I’ve done more challenging things. You’d be surprised at what I can accomplish when I set my mind to it.” Titi’s riff of giggles filled the air as the girls headed inside. She exchanged another telling look with Blanche who decided to suggest a new nocturnal rooftop visit. Fear began to release its hold on her.