Voices from Lowell and Beyond

Richard Howe created this website and blog in March 2007 to report on the politics and history of Lowell, Massachusetts. Soon thereafter, Paul Marion joined as a co-editor (as did Tony Accardi and Marie Sweeney). Together, Dick and Paul have posted thousands of stories, poems, and pictures composed by themselves and by dozens of contributors.

Recently, we changed the subheading from “Lowell Politics and History” to “Voices from Lowell & Beyond.” The new tagline marks a shift in focus. Instead of a publication primarily concerned with the short and long view of politics in the city as well as its always fascinating history, the new magazine format will carry stories, essays, opinion pieces, poems, editorial cartoons, photographs, and more. The result we hope will be an appealing blend of thoughtful, expressive, and sometimes provocative content.

Lowell, the place and its people, will always be the foundation, but we are extending the reach to include writers and topics from the region along with national and international contributions. Lowell is part of a large bioregion fed by rivers and has long been a city with a national and world profile. A very new addition is a weekly feature edited by Christine O’Connor with writing from today’s Irish writers. We have in mind to cultivate a community of writers and readers who are curious about the city, world, books, writing, and ideas.

We also expect to ramp up book publication allied with the blog. In 2017, Loom Press published the best of the first ten years of RichardHowe.com in History As It Happens: Citizen Bloggers in Lowell, Mass. The latest surge in creative writing is related to the new anthology Atlantic Currents: Connecting Cork and Lowell, which features more than 60 writers linked to Lowell and Cork, Ireland. Early next year we expect to release another “best of the blog” covering 2017 to 2019, to be followed by annual compilations in book form. 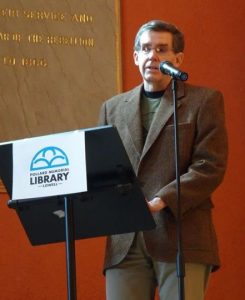 Richard P. Howe, Jr. created RichardHowe.com, a hyperlocal blog about Lowell, and founded Lowell Walks, a series of guided tours plus related heritage activities. The author of several books on aspects of Lowell, including a new history about veterans’ organizations, he has served as the Register of Deeds of the Middlesex Northern District since 1995. With Paul Marion, he co-edited History as It Happens: Citizen Bloggers in Lowell, Mass. (Loom Press, 2017), selected writings from the first ten years of his blog. 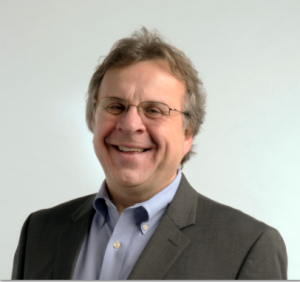 Paul Marion is the author of Haiku Sky (superlargeprint.com, 2019), Union River: Poems and Sketches (Bootstrap Press, 2017), and Mill Power: The Origin and Impact of Lowell National Historical Park (Rowman & Littlefield, 2014), as well as the editor of Jack Kerouac’s early writing, Atop an Underwood (Viking/Penguin, 1999). With Richard P. Howe, Jr., he co-edited History as It Happens: Citizen Bloggers in Lowell, Mass. (Loom Press, 2017). His work experience includes overseeing community relations at the University of Massachusetts, Lowell, and directing cultural affairs for the Lowell Historic Preservation Commission, U.S. Dept. of the Interior. He lives with his wife, Rosemary, in Amesbury, Mass.

Trasna is Irish for across. It is also the name of our new section of the blog. Edited by Christine O’Connor, Jeannie Judge and Margaret O’Brien, Trasna will explore the well-traveled route between Lowell and Ireland, introducing Irish writers to an American readership. All pieces will have a bio and links to writers works. Trasna will be seeking and promoting new, emerging, and established Irish writers. A focus will also be on Irish traditions and customs that have been lost to time or to an ocean crossing.

Anthony Accardi, adjunct professor of English at Middlesex Community College, is the former assistant Register of Deeds at the Middlesex North Registry of Deeds in Mass.

Kathleen Aponick is a poet who lives in Andover, Mass.

Marjorie Arons-Barron, a communications consultant and former editorial director at WCVB-TV, Channel 5, in Boston, is a blogger and member of the Mass. Broadcasters Hall of Fame.

Micheal Casey’s collection of poems titled Obscenities (Yale University Press/Warner Paperback Library), won the Yale Younger Poets competition in 1972, a work that judge Stanley Kunitz called “the first significant book of poems written by an American to spring from the war in Vietnam.” His later books include There It Is: New & Selected Poems (2017), Check Points, and Millrat. Born in Lowell, he lives nearby in Andover, Mass.

George Chigas is a senior lecturer in Asian Studies at UMass Lowell. He is the author of The Story of Tum Teav and editor of Cambodia’s Lament and Resolute Heart: Selected Writing from Lowell’s Cambodian Community. He was associate director of the Cambodian Genocide Program at Yale University, 1998-2001.

David Daniel was born in Boston and now makes his home in the Merrimack Valley. He is the author of fifteen novels and story collections, including the prize-winning Alex Rasmussen private eye series set in Lowell (The Heaven Stone, The Skelly Man, Goofy Foot, and The Marble Kite, all from St. Martin’s Press); White Rabbit, a novel of the 1960s; Reunion; and Six Off 66 and Coffin Dust (both short fiction). His most recent book is Inflections & Innuendos, a collection of flash fiction from Storyside Press.

Sierra DeWalt grew up in Ayer, Mass. and attended Middlesex Community College. She is a junior at Chapman University in Orange, California with a double major in English and Screenwriting. Currently she is on a study abroad program in New Zealand.

Fred Faust is a real estate consultant who was an assistant to U.S. Senator Paul Tsongas and the first executive director of the Lowell Historic Preservation Commission, U.S. Dept. of the Interior.

Emily Ferrara is author of the poetry collection The Alchemy of Grief, which won the Bordighera Poetry Prize and was published in a bilingual edition (English and Italian) in 2007. She is on the faculty at University of Massachusetts Medical School where she teaches medical students creative writing as a form of reflective practice. Her poetry appears in literary and medical journals, magazines, anthologies, and on a stone pillar in Cabot Woods in Newton, Mass.  She lives in Lowell.

Alex Hayes is a writer whose work deals with the intersection of technology, alienation, and meaning in modern life. He was awarded University College Cork’s Patricia Coughlan Award for his writing in 2017.  He attained first class honours in English and Philosophy at University College Cork. He lives in Waterford with his fiancée Tina and their perennially bratty cat Luna.

Bob Hodge is a writer and local running legend in Massachusetts—honored in the Athletics Hall of Fame at Lowell High School and UMass Lowell. In 1982, he won the Beppu-Oita Marathon in Japan. He is the director of the Berlin Public Library in Massachusetts and recently had his running memoir, Tale of the Times, published in 2020.

Linda Hoffman is an artist and orchardist who operates Old Frog Pond Farm in Harvard, Mass. She has written a memoir about her experiences on the farm.

Paul Hudon is the author of The Valley & Its Peoples: An Illustrated History of the Lower Merrimack (1982, 2004) and the poetry collection All in Good Time (2011). Born in Lowell, he is back living near the Pawtucket Falls on the Merrimack River. After earning a Ph.D. at Georgetown University, he taught history at several colleges and was a museum curator for a time. He founded the Relevance Company (research and writing services) and is developing “Time and the River,” an online concept to “build a brain to manage the watershed of the Merrimack.”

Mike McCormick was born out west and raised in Haverhill, Mass. He now lives in Alaska were he moved in the mid-1970s to take a job as a cook after being unable to find work in the recession-wracked Merrimack Valley.

Julie Mofford, a former staffer at the Lowell Historic Preservation Commission, lives in Maine where she writes and works as a museum and historical society consultant. She has published books about the Salem witch trials, Beat Generation, polio epidemic, and child labor, among other subjects.

Christine P. O’Connor is a practicing attorney who serves as chief counsel for the City of Lowell. She holds a master’s degree in American Studies from Boston College and a JD from Suffolk University. She is completing a memoir about her grandmother and the RMS Titanic and was recently shortlisted in the RTÉ Write by the Sea competition.

Stephen O’Connor of Lowell, where much of his work is set, has family connections in Youghal in County Cork. He is the author of the novels The Spy in the City of Books, The Witch at Rivermouth, and This Is No Time to Quit Drinking or Teacher Burnout and the Irish Powers as well as a story collection, Smokestack Lightning. He has a master’s degree in Anglo-Irish Literature from University College Dublin.

Chath pierSath lives and works on a small family farm in Bolton, Mass. He writes, “I contemplate writing as a form of escape, but can’t just rid myself of human ties. I paint the American sky thinking of Cambodia’s tyranny and blood. Alone, but not lonely, I try living to the fullest, however long it will take me to acquire true freedom on the road, with nothing but the clothes on my back.” Chath is the author of two collections of poetry, After and This Body Mystery (with his paintings).

Tom Sexton was born in Lowell, and, while he lives on the other side of the continent, he has never really left. A former Poet Laureate of Alaska and member in good standing in the Lowell High School Alumni Hall of Fame, he’s the author of several collections of poetry including Li Bai Rides a Celestial Dolphin Home (University of Alaska Press, 2018), I Think Again of Those Ancient Chinese Poets (2011), and For the Sake of the Light (2009). His Cummiskey Alley: New and Selected Lowell Poems is forthcoming from Loom Press.

Malcolm Sharps is an Englishman who lives and works in Hungary.

Marie Sweeney of Tewksbury, Mass., is a long-time activist in local community, civic, political, historical, and cultural affairs and an advocate for education, human services, and volunteerism. With deep family roots in Lowell’s Irish Acre, she promotes Irish culture, heritage, and history through her writing and commentary. A retired educator, she is an alumna of Lowell State College, now the University of Massachusetts, Lowell.

Nancye Tuttle is a freelance writer who formerly wrote for the Lowell Sun and Merrimack Valley Magazine. She lives in Maine.

Frank Wagner is a writer and poet who lives in Brenham, Texas.

Nicholas Whitmore is a cartoonist for The Journal in Newcastle Upon Tyne, England.

John Wooding is professor emeritus in the Department of Political Science at the University of Massachusetts, Lowell, where he served as Provost for four years. On campus, he advanced interdisciplinary study and research on regional economic and social development. With Kristin G. Esterberg, he co-authored Divided Conversations: Identities, Leadership, and Change in Public Universities (Vanderbilt University Press, 2012), and with Charles Levenstein co-authored The Point of Production: Work Environment in Advanced Industrial Societies (The Guilford Press, 1999). He has written a biography about a leading thinker on nonviolence and peacemaking, as yet unpublished: Gandhi’s American Friend: The Untold Story of Richard Gregg.  He is very active in the Lowell community, including leading the Lowell: City of Learning campaign.