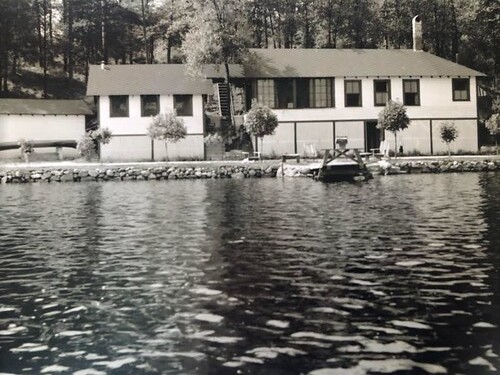 Cottage at Long-Sought-for-Pond in Westford

Blanche knew how important it was to keep abreast of the news. Her parents made reading the press and listening to radio broadcasts part of the daily routine. Social agitation characterized the summer of ’65. Vietnam war protests were spreading and the Watts race riots broke out in California turning neighborhoods upside down and killing thirty-four people. “(I Can’t Get No) Satisfaction” and “California Girls” topped the hit parade and The Beatles sang “Help!”. Blanche tuned into Mick, Paul, John and Brian on WLLH much more than to breaking news as August turned into September.

Labor Day weekend, with its traditional family cook-outs was the season’s final hurrah. A dozen cousins, from three to nineteen years of age, were having a grand time jumping off the rickety wharf, splashing the adults, hurling multicolored beach balls into the warm air, racing one another with awkward freestyle strokes and counting long seconds holding their breath under water. Nothing could keep them out of the pond, not even the homemade savory snacks, crunchy cookies and juicy watermelon slices which accompanied the burgers and hotdogs displayed on the long picnic table. From Michelle the eldest to Marguerite the youngest, no one wanted to miss a second of fun. As the ripples bobbed on its surface reflecting the sun’s rays like diamond necklaces, the little pond itself seemed happy. 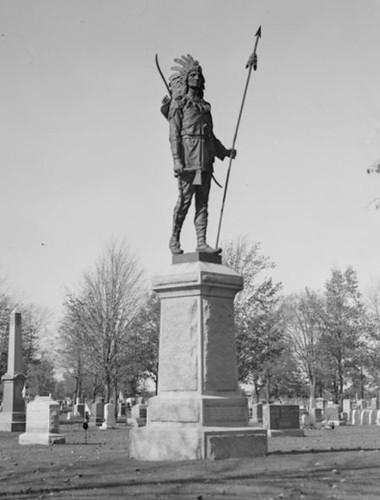 Immersing her head for the umpteenth time, Blanche felt one with the pond and said an underwater “thank you” to her favorite place on earth. She was currently reading about the history of the region’s indigenous peoples, especially the Penacooks who had frequented Blanche’s pond in the 1600’s and had named it “Long-Sought-For” because it was hidden from well-traveled paths. The pond and its surrounding land provided their livelihood and Blanche discovered how much they respected its bounty: plentiful fish, berries and game. Tales of the Penacooks fascinated her. Every time she took a swim or picked a blueberry in the nearby woods, a wave of gratitude rose within her. Like the Penacooks, she yearned to live in unison with Mother Nature.

That Labor Day, she opened her mouth so much for the underwater ”thank you” that she ended up coughing quite a bit as she came up for air. Blanche knew that the huge gulp could only do her good because it came from the deep natural wells that constantly fed the pond. “Long-Sought-For-Pond” wasn’t just a fun place, it was her best summer friend. Soon she would have to leave it for several long months.

Labor Day festivities had passed. Blanche’s brothers had already started school. It was Saturday and she was readying for departure. “What a crazy day to leave home. The week-end is supposed to be two days off.” Blanche had abandoned asking why things were as they were. Questions irritated her mother and made her father uneasy. She wanted to avoid the latter at all costs.

Her brothers and sister were watching her pack. Surprisingly enough, the two boys weren’t fighting or teasing one another and her little sister wasn’t whining. The three of them were sitting on the floor, eyes glued to their big sister. Blanche guessed that Antoine would miss pranks like catching daddy-long-leg spiders and putting them into her dresser drawers or spitting into her lemonade. Most importantly, she would no longer be there to give him advice on how to charm the cute girls in his class. Byron, eight years her junior, wouldn’t hear Blanche’s stories about the Penacooks and the importance of respecting nature. Little Marguerite looked confused. “Going away is for kids who don’t listen. You listen. Why are you going?”, she asked.

The suitcases were finally closed tight. Blanche had her hair drawn back into a tight little ponytail and was wearing her Scottish kilt and matching pullover. She felt cramped in the new clothes after weeks in skimpy summer things. The goodbyes were quick but not easy. Determined not to let emotions get the best of her, she didn’t want to stretch them out. After warm hugs for her father and siblings, she mustered up enough strength to flash a radiant smile towards those she was so reluctantly leaving. “I’ll see you guys soon. Don’t give your teachers a hard time and be sure to help Maman around the house and behave for Papa. Next time I’m home the leaves will be falling and we can rake up huge piles to jump in. How good does that sound? Au revoir! Bye!” As Maman pulled out of the driveway, Blanche suddenly had so much to say to her brothers and sister that it surprised her. All she could do as the car drove off was to shout “I love you guys! I love you Papa! Je vous aime!”

The drive to Saint Felicity Academy was only about twenty miles but for Blanche it seemed like light years away. Maman kept the conversation cheery and Blanche wondered if her mother was feeling a twinge of emotion at leaving her eldest child with strangers for the first time. Was she having second thoughts? Maman’s arguments in favor of boarding school were ingrained in Blanche’s mind: SFA would provide an exceptional educational opportunity and a generous scholarship was not to be refused. But did her mother consider the consequences of separating her three younger children from their beloved big sister? So many questions filled Blanche’s head as she was being chauffeured to her new school.

Maman spotted an ice cream stand on the side of the road and skidded the car into its parking lot. “Let’s treat ourselves to a nice big cone, chérie. What would you like? The homemade ice cream here is supposed to be fabulous.” Blanche could have made ice cream her sole source of sustenance but didn’t feel like eating it that afternoon. Her stomach was in knots and the woolen clothes made her sweat. Although she wasn’t hungry, she accepted the offer because it pleased her mother.

After examining the list of flavors, she said: “I’ll just have a scoop of frozen pudding in a waffle cone please. Thank you Maman.” Her mother chose chocolate chip in a cup and the pair sat outside at a dirty picnic table. Blanche carefully placed half of her behind on the wooden bench which was sticky with previous patrons’ partially dried ice cream. She didn’t want to soil her kilt. If her destiny was going to SFA, she wanted to arrive in style, or at least clean.

Maman eagerly gobbled spoonful’s of melting ice cream. Blanche licked and licked her cone in an effort to get the contents safely into her mouth before it dripped onto her clothes. She finished it so fast that she didn’t even take the time to chew the bits of candied fruit hidden in the frozen pudding.

“For a young lady who wasn’t very hungry you devoured your cone in no time!” Maman exclaimed with a slightly mocking grin. “I’m glad we shared this last treat.” Blanche didn’t know what to say, all the more so as the words “last treat” sounded ominous, like the “last meals” served to prisoners on death row. At least she had managed to keep her outfit clean although the white shirt under the pullover was sticking to her back. She hoped she didn’t smell bad. As her body was changing she had noticed that it had become more odorous, especially when she was nervous. The image of her future classmates calling her “stinky-poo”, as her brother Antoine often did, started to haunt her. So she turned to her mother: “Do I smell funny? I’m sweating and I don’t want to look dirty.” Maman turned her long aquiline nose towards her daughter and took a frank whiff, breaking all the rules of etiquette. After the scent evaluation, she opened her large, well-worn leather handbag which served as a portable piggybank, a haberdashery and a pharmacy all at once. She dug in, produced a small bottle of Yardley’s lavender cologne and sprayed a light mist on her daughter’s bosom. “You’ll be fine mon amour, you’ll be just fine.”

There was no chit chat between mother and daughter during the last stretch towards the southern New Hampshire boarding school. After a few minutes, the car slowed down and took a sharp right turn into a quarter mile-long driveway. As the car passed through the wrought-iron gate adorned with the school name and crest, Blanche had her first glimpse of “home away from home”, a dark grey granite, five-story, building with a center tower topped by a turret. Each story had ten long windows on both wings of the tower. They gleamed in the afternoon sun like multi-faceted insect eyes. Balconies with plain iron railings extended the extremities of the building. No colorful flowerpots decorated them. Only the lofty green pines, leafy maples and chestnut trees surrounding the austere building seemed welcoming. Blanche wondered if the Penacooks had been through those woods. As the car came to the end of the drive, Blanche counted twenty granite steps leading to an oversized black door. She had always loved images of medieval castles but this was definitely not one of those. “A fortress with a dungeon, that’s what this place looks like. And there’s no escape route in sight.”