Blanche and her siblings got up early the morning of Thanksgiving. Along with Noël and Halloween, it was the most exciting day of the year. There were no wrapped packages under decorated trees and no brown paper bags full of candy corn but the treats were always memorable.

In 1965, the family was invited to Ma Tante Lucie’s house, a simple ranch on the corner of Nashua’s Linwood Street. The children enjoyed visiting there because it was so different from the two-family Victorian in Lowell’s Highlands, their Mother Goose abode with five energetic cousins upstairs, four downstairs and neighbourhood buddies creating happy pandemonium.

Lucie was Blanche’s favorite among Papa’s five sisters. Not blessed with children of her own, she mothered everyone in her path. Even her physician brother’s patients benefitted while she held her role as medical secretary. Blanche wondered how she could remember everyone’s ailments, procedures and test results. Ma Tante Lucie’s medical anecdotes spurred Blanche to indulge in the clandestine activity of plunging into her father’s medical books while pretending to do homework at home in the study. After getting an eyeful of graphic photos of abscesses, tumors and various growths, she justified the forbidden activity as an opportunity to learn autonomously.

Ma Tante Lucie’s insatiable curiosity for her brother’s medical cases and her innate organizational sense never ceased to inspire Blanche. But Thanksgiving Day was not the time for analyzing Madame Dupré’s gall bladder issues or Monsieur Beaupré’s diabetes so she would refrain from taking her aunt aside for medical queries.

“Hey Blanche, are you dressed? Can I come in?” Antoine didn’t wait for an answer and barged into the small square of a downstairs bathroom proudly wearing a wide belt decorated with tiny, multicolored, glass beads outlining an eagle, a feather and a spearhead. 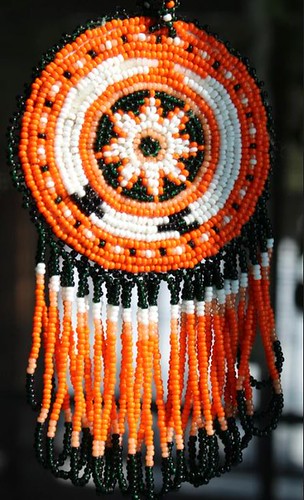 “How do you like my belt? Mon Oncle Freddie got it for me at Clark’s Trading Post. It’s authentic and Mon Oncle even met the Micmac Indian Chief who makes them. Maman won’t let me wear it to school and anyway, Charlie would break it. He’s the roughest kid in class. I’m not even afraid of him at all but…”

“I have one too! Look at mine Blanche!” Byron ran into the tiny room squealing with joy. “And Mon Oncle got something for you too. It’s…”

“Don’t say anything you nitwit. It’s supposed to be a surprise after being cooped up in that boarding school. Boy are you dumb sometimes!” Antoine didn’t look happy but Blanche assured him that she would look surprised when receiving her gift.

“Maman, Antoine called Byron a nitwit and said he was dumb. That’s not very nice. Is he gonna be punished now?” Maggie joined her elders and displayed her own treasure, a palm-sized Native American doll in traditional garb.

“Look how pretty she is Blanche. She has black braids and a red headband, look. Her name is Ada.”

“That’s not even a real Indian name you nut.”

“C’est assez! Antoine, that’s enough. I told you to set a good example for the young ones while Blanche was away. And now you are returning to your bad habits of teasing and making pointless comments. Would you like to be deprived of Tante Lucie’s fudge? You know she made some especially for you. Today is a day to say merci to everyone and first of all to le Petit Jésus for all of His blessings. We are together. Your big sister is here. Please show us how you have matured, won’t you? Besides, you know how your shenanigans tire your father. Do you want him to develop a migraine today of all days?”

Trying to appear contrite, Antoine responded, “Oui, Maman, I’ll be good. But I thought le Petit Jésus was coming at Noël not Thanksgiving?”

“Mon dou, what am I to do with you Antoine? You know that le Petit Jésus is with us all of the time. His birthday is Noël but He accompanies us as we wake in the morning until we retire and He is there watching over us when we sleep. I’ve explained that again and again. Now let’s get ready to leave. We don’t want to make Tante Lucie wait. Antoine, do you think you can hold this package, for your aunt? And Blanche, you take Byron’s and Marguerite’s hand as we leave the house. I don’t want them jumping into the piles of leaves. You are in play clothes but there’s no need to arrive soiled. You’ll be able to run around in Tante Lucie’s yard after the meal.”

“How come you got Ma Tante Lucie a present? Didn’t you make an apple pie for her? Is it her birthday again?” Antoine was known for his unceasing inquisitiveness.

“Antoine, Tante Lucie loves Jean Naté talcum powder, just a little token of appreciation for the feast she has prepared for us. As for my French apple tarte, it is for those who want a dainty dessert. Now let me fetch your Papa who is resting in the study. Then we’ll be off.” 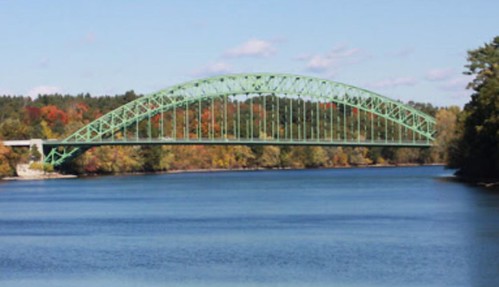 The ride to Nashua was uneventful with the three elder children cramped in the back of the Plymouth and Marguerite on Maman’s lap. Blanche decided to sit on the hump in the middle of the back seat to eliminate any attempt at brotherly carousing. Each boy was looking out of his respective window contemplating the view. The last tufts of crimson and gold leaves hung onto bared limbs, sparsely decorating the landscape before the winter winds turned rural Tyngsboro along the Merrimack into a frosty wonderland. Sitting there between her brothers, staring at her mother’s black locks coiffed in a French twist and her father’s wavy ginger hair unhindered that day by Brylcreem, Blanche felt like the missing puzzle piece, finally recovered and placed into its slot.

Freddie was outside watering his yellow and mauve chrysanthemum beds as Papa pulled into the driveway.

Much like his spouse, Fred spread his love without counting and was especially tender with children, be they kin or not. “Hello and welcome everyone! I hope you’re hungry. We’ve got a lot of good things to eat today. Come children. You’ve got work to do after dinner. Look what I have here.” In two strides, Oncle Freddie’s long legs took their six-foot five-inch frame in and out of the single car garage. He exited brandishing four red plastic rakes. “There are leaves out in the yard and it’s your responsibility to pile them up as high as you can and then jump into them as hard as you can. Mon ami Micmac from Maine told me that was the best way for young folk to digest a turkey feast. The Micmacs are not only natural healers but also artists. I see that you all have the trinkets I brought you from Clark’s? And Blanche, I’ve got something for you too. The nuns will probably not let you wear it but you can bring it back to school, put it somewhere safe and think of this special day.

Oncle Freddie slipped his rough steelworker’s hand into the pocket of his green khakis and took out a white, orange and black beaded pendant with an eagle on one side and a star on the other. Then, ceremoniously, he placed it around Blanche’s neck as if it were a medal of honor.

“Toussaint Lartiste, mon ami Micmac makes these beautiful pieces and each one has a message. With the fine education you’re getting Blanche, you probably know this but I’ll say it anyway to instruct the young’uns. Eagles are sacred in North American Indian traditions because they represent honesty, truth, majesty, strength, courage, wisdom, power and freedom. These qualities will follow you at boarding school and onwards in your life’s journey. Voilà Blanche. Pour toi.”

Blanche noticed that Mon Oncle Freddie’s eyes were glistening as he offered her the necklace and she couldn’t help but throw herself into his muscular arms. Antoine, Byron and Marguerite looked on without a word. Blanche knew that they were touched by his sweeping affection. Nestled in her uncle’s broad chest Blanche murmured, “Merci Mon Oncle Freddie. C’est beau!”