The next morning, while filing outside for recreation, classmates made sure Blanche saw their hang-in-there-and-stay-strong raised fists followed by love-ya-kiddo puckered-lip smiles. She responded likewise in an effort to simulate stoicism. Actually, she was looking forward to what would lie ahead. She arrived at the library to find Sister Claudette bent over another thick volume, spectacles balancing on the tip of her upturned nose. 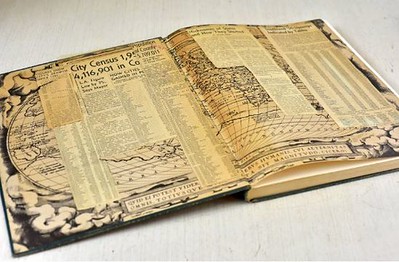 “Entre ma fille, come in my girl. This is a 1946 Rand McNally World Atlas, the premier edition. How fascinating it is to examine the city censuses for example. Our era is rapidly evolving and so much has changed but old books hold the keys to the future. Here I am rambling on. Once again, my chatterbox nature has taken the upper hand. You’ve got work to do.” She took a pale yellow cloth from under the atlas and handed it to Blanche. “Here is the chamois. Open the boxes, take out the books, place them on the floor, dust the inside of the box then dust each book before you place it back inside in alphabetical order. I am disappointed that Sister Gerald decided against purchasing new containers. She found it pointless since Monsieur Dubé’s books will end their journey on our shelves. When you finish a box, go to the balcony and shake out the cloth. We want to trap those pesky dust bunnies and escort them outside where they can dance in the breeze with the snow flakes. Do as much as you can during each recreation period. Then we’ll take care of the black chest, a more time-consuming task because its contents must be labelled before storage in the attic. I shall leave you to it. I’ve got morning devotions in the chapel. Close the door and lock it. I’ve got a key. I don’t want you to be disturbed. À tout à l’heure, see you later.”

Being left to one’s own devices was unique in this place of ubiquitous supervision. Even shower time was monitored. Blanche knew she was about to embark on an adventure. Not at all did she feel deprived of recreation.

“This rag is so soft” she thought as she rubbed the chamois on her cold hands. “I’ve never felt anything like it. Wish I had chamois gloves. Or better yet, chamois nightgowns. Wearing one  would make me forget the lousy boarding school mattress. Better get a move on if I have to finish a whole box today. Here we go!”

She decided the best position for the job was sitting crossed-legged on the floor. After all, the hardwood was clean, shiny and surprisingly warm. Besides, no one would see her sitting Pennacook style.

“OK let’s see. Boy, they dumped all kinds of stuff in here – hard covers, paperbacks, magazines. I have to clean the whole thing so might as well take it from the top. Volume VI of the ‘Journal of American Folk-Lore’. Looks like an old magazine. Yup pretty old, 1893. I wonder what it is?” She turned a few pages. A paragraph caught her attention. 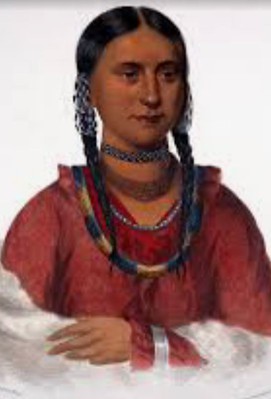 She read. “ ‘The Chief’s Daughters’, a tale from an Otoe woman of Nebraska written by George Truman Kercheval.”

In the evening, in summer, upon a hot night two young girls, chief’s daughters, lay on the ground outside their tents gazing at the sky. As the stars came out one of them said:

“I wish I were away up there. Do you see where that dim star is? There is where I wish I might be.” And she fixed her eyes upon the twinkling star that seemed to be vanishing behind the clouds.

Blanche remembered contemplating the sky that autumn night she and Titi climbed to the roof. “It was so peaceful. I wonder if we can do that again? Not before Spring though. The snow must be blocking the trap door by now.”

She wanted to know more about the chief’s daughters and promised herself to borrow the journal. After a swipe of the chamois, she set it on the floor, peered into the box and grabbed the next item. 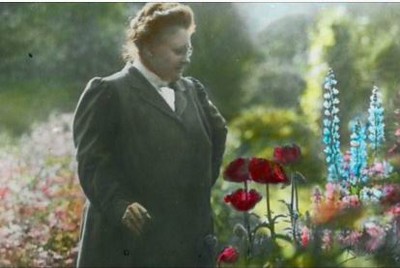 “ ‘The Complete Poetical Works’. Yeah I like poetry but who is Amy Lowell? We haven’t studied her in English class. Published in 1955. I wonder if our town is named after her family? Why don’t we learn this stuff ? Gotta read a poem. Here’s a short one.”

When you came, you were like red wine and honey,
And the taste of you burnt my mouth with its sweetness.
Now you are like morning bread,
Smooth and pleasant.
I hardly taste you at all for I know your savour,
But I am completely nourished.

“She must be talking about someone she loves and she must love good food too. We haven’t read anything like this in Sister Anna’s English class. I wonder how she would explain it? I can imagine Andy saying Amy Lowell had cannibal impulses or something crazy like that. Ha! Ha! Ha!”

Blanche’s laugh echoed in the empty library while the morning sun filtered through windows to cast mischievous shadows on the shelves. Even the clock hanging from the wall behind Sister Claudette’s table seemed to smile down upon the books, new and old.

“Oh boy, I’ve only done two books! Fifteen minutes left before class! I’ll never finish on time. I’m gonna get into deeper trouble for sure. OK, next. Oh, so Monsieur Dubé liked old French books too. ‘La Symphonie Pastorale’ by André Gide. Sister Lucienne hasn’t talked about him in French class. I wonder if this has anything to do with Beethoven’s symphony? Papa plays that record a lot and I like it.” Blanche turned to the last page and read aloud.

J’aurais voulu pleurer, mais je sentis mon coeur plus aride que le désert.
(I would have liked to cry but I felt my heart more arid than the desert.) (1)

The sentence hit her. She remembered why she was in the library rather than outside with her friends.

Sister Claudette opened the door and cheerily announced, “all of us sisters prayed for your father. Sister Gerald told us he is on the road to recovery. Remember what Psalm 147 says about healing. But what do I see here? Mademoiselle Rejean sitting on the floor with a book in her hand, two on the floor and many dusty ones still waiting in the box?”

Blanche mustered all of her strength not to break down. “Sister I… I was… I’ll do all of the dusting and cleaning and everything else, I promise. I just got carried away looking at these old books. There are really interesting authors and I wanna learn all about them and…”

Sister Claudette smiled. “You know Blanche. Had I been in your place I would have done the same. But remember, Monsieur Dubé’s collection will grace our shelves and you will have access as often as you like. We’ve got to get the books out of their cardboard prisons first don’t we? And that is your job. So at the next recreation, you will get through the entire box. We’ve got a few minutes before class time, please hand me the next book and let’s take a look together. Just think of it Blanche, we are like archeologists about to open ancient tombs. We shall have the very first look at Monsieur Dubé’s treasures!”

Blanche looked forward to library duty. When it came time for the morning, afternoon and evening recreation periods, not once did she feel like a prisoner. Friends continued to pity her and meals turned into third degree interrogations.

Andy was the most persistent cross-examiner. “OK so you told us about the dusting but that doesn’t take very long. And it isn’t hard unless you drop the books. I’ve seen your butter fingers in action PF. But I don’t get it. You’ve missed six recreations so far and you don’t even look pissed off. Don’t you miss us? I smell a rat and I’ll find out what the story is. I always do.”

In lieu of a response, Blanche looked at Andy with the slightest of smirks. She remembered how her friend had said the very same thing the day after the rooftop adventure with Titi. Andy had “smelled a rat” that time too but never found it. “She won’t this time either” thought Blanche.

Andy didn’t let up “Don’t give me that wise guy look. Spit it out. Tell me what’s goin’ on in the library. Yesterday I tried to get in there myself ya know. I told Marieanne I had forgotten a notebook last time I went so she took me to the library but the door was locked. Why didn’t you open up? I’m telling ya, a rat is what I smell. What do you guys think anyway? Is this library punishment fishy or what?” Andy said turning to Titi and C.

“Is it a rat you smell or a fish Andy? Ha! Ha! Hi! Hi! Hi!” Titi’s irresistible tee-hees punctuated the exchanges, as always.

C provided her own explanation. “PF told us she had to keep the door locked and not open for anyone. Don’t you remember that Andy? She woulda got into more trouble if she’d opened up so she didn’t. It’s bad enough to have a punishment that lasts a whole week. That isn’t so hard to understand, is it? Sometimes you just have to shut up and do as you’re told you know.”

Titi joined in, without chuckling this time. “Yeah Andy, just lay off. You forget that she’s really worried about her father. Give her a break will ya?”

Andy gave in. “OK so that wise guy face is an indication of nothing at all, right? Yeah sure. It’s just a facial exercise so that her cheeks don’t get stuck in a sourpuss look. Is that it? You’re a teen-ager PF. Your face isn’t gonna turn into a forever scowl. That only happens when you’re over the hill. OK I give up. But I just wanted to know what was goin’ on in the library and I wanted to tell you we miss you at recreation. That’s all.”

Blanche observed her friends. C had started holding her own and Andy was beginning to show telltale signs of affection.