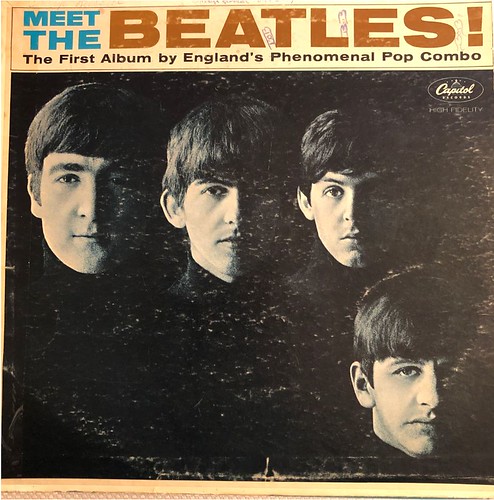 Maman definitely had a top-down approach to child-rearing. Children did not question parents’ decisions, let alone comment on them. Any kind of negotiating was virtually unheard of. Third and youngest child born of French-Canadian immigrants who had successfully adapted to their host country, Maman took pride in transmitting the French cultural heritage she had acquired from her parents. She “parlait français” like Victor Hugo albeit with a Québec lilt. She knew French literature better than any Parisian and she could spout off dates like a history textbook. Her father, already sixty when she came into this world, ran a French newspaper and a print shop in Lowell and her much younger mother was an educator. The home environment had nurtured intellectual growth as well as love for the French-Canadian bilingual, bicultural identity. Ingrained within her was the commitment to honor her parents’ legacy and, once wed, to support the man she loved.

Tirelessly, Maman was attentive to her husband’s needs without casting light on his physical weakness. His fatigue often prevented him from keeping on top of family management duties like balancing the checkbook or the paying of bills on time. She took charge of the household and painstakingly taught her children to be alert to their father’s humors and to shield him from tension. For instance, Blanche had been trained to detect the telltale signs of Papa’s migraines.  When he stretched out on the sofa in the parlor, with hands grasping his forehead and eyes tightly shut to block the light, she knew that it was time to initiate quiet reading or drawing sessions with her siblings. She later learned that she had inherited the migraine trait and she bravely told herself that the shooting pain she felt made her understand her father better. That strengthened her, she reasoned. If he could withstand the suffering without crying aloud, then she could follow suit. Since their migraines were rarely simultaneous, when hers hit like a sudden lightning bolt, Papa was always there with a soothing cold compress gently placed on her brow and a glass of Canada Dry ginger ale to offset the queasiness. Strangely, becoming fellow warriors of pain turned out to be quite nice, at least between the bouts of migraines.

After hearing her mother’s concluding speech in favor of attending Saint Felicity Academy, Blanche saw her behavior quickly switch to task-tackling mode, and that was running out to the Windsor Shoppe convenience store to pick up a couple of things for the evening meal – an extra pound of butter for her signature whipped potatoes and a half-gallon of milk for the ever-thirsty kids. Usually Blanche scooted out on her bike for that kind of errand but the drained forlorn face she turned towards her mother silently said that she really wasn’t up to it. So Maman stepped up and, as she always kept her word, the promised Yum-Yum Shop fig square swiftly appeared on the kitchen table for Blanche to enjoy even though dinner was barely an hour away.

Knowing full well that she had lost the boarding school battle and aware that refusing the treat could trigger another flare-up, Blanche sat down and bit off a flaky, buttery corner. “It doesn’t taste as good as it usually does,” she thought without daring to say it out loud. But the morsels gradually became tastier and tastier as the sweet, gooey brown jam tickled her tongue. Usually, Maman’s stern speeches to her children didn’t end up with eating pastries. This was exceptional.

“I might as well take things as they come before shipping off to Saint Felicity Academy. Will they even have snacks there? Anyway, there’s no Yum-Yum Shop down the street for sure”. Blanche was trying to imagine what was waiting for her. She had learned the expression “carpe diem” and thought that the Latin words for “seize the day” sounded pretty cool. Its message was nice too. Maybe she could study Latin at SFA? The musings went on and she didn’t stop them. But neither could she squelch the wave of revolt rising inside her. The fig square settled like a lump in her stomach. “I feel awful”, she said with a voice loud enough for her little sister to hear. “Whatsamatta Blanche?’, said Marguerite with powder-blue eyes lifted up to her adored big sister. Blanche didn’t want to start crying again. It would upset little Maggie. Maman was out for at least twenty minutes turning Blanche into the temporary keeper of the fort. There was plenty of time to set the table a little later so why not have some fun right now? Into her head popped an idea, a great idea!

Blanche had always loved listening to snappy tunes because they made her want to hop, kick and wiggle around. She knew she wasn’t very graceful, not like her cousin Renée who was already set to become a professional ballerina. No matter, Blanche just liked to move her limbs and make up crazy steps to match the beat of whatever she was hearing. When this happened, her little sister would giggle with glee and follow suit. The two girls had a grand time together and the sheer joy and spontaneous laughter made the ten-year age difference between them magically vanish. 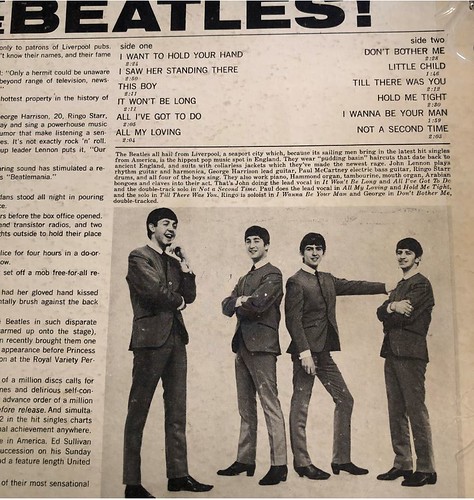 Blanche had received an LP for her last birthday. “Meet the Beatles” was a gift from her maverick Aunt Rita who had guessed that demure little Blanche had a wild streak within her which had to be unleashed from time to time. Listening to the Liverpool “Fab Four” was harmless, decided Aunt Rita. Furthermore, the song lyrics were innocent enough and were devoid of foul language. Maman had not been too pleased with the gift but didn’t express it lest she offend Rita. Thus, Blanche took possession of her very first record and immediately made it her treasure. Maman allowed her to play one song at a time with the volume at its lowest. At least Blanche could listen to it periodically. Every soundtrack gave her a special thrill and made her feel euphoric, especially when the irresistible beat graced her with happy feet. So that evening, in an effort to wipe the boarding school blues out of her mind, she decided to unearth her carefully-hidden record and play it as loud as the volume could possibly go. That’s exactly what she did much to Maggie’s delight. While “I saw her standing there”, “Don’t bother me” and “I wanna be your man” were blasting, the thirteen-year-old and the three-year old became one with the music, whirling around the living room in their bare feet, jumping up in attempts to do a split in midair, waving frenetic arms and rolling their heads so much that their pig tails got loose. It was fun. It was heaven. Most of all, it was a way for Blanche to feel absolutely free after the abhorred sentence of attending SFA. She knew that loud music and wild dancing would in no way change her fate. But those twenty minutes of ecstasy would stay with her forever.

Maman came back with the groceries just as the stereo went silent. Dinner proceeded as usual. Blanche went to bed that night feeling that she was already far far away from her childhood. That part of her life was gone. But no one could take away the indelible memories.