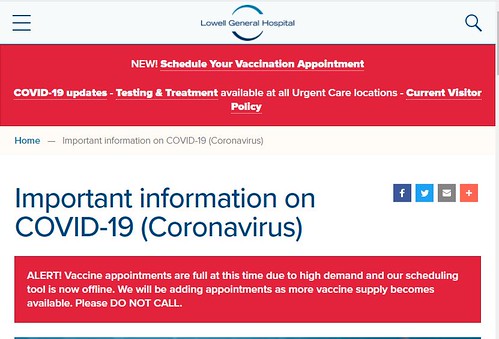 From time to time through the pandemic, I have posted updates to capture the events and the look and feel of that moment in time. Almost exactly a year ago today I did my first. I called it “Covid-19: March 12 edition” never imagining that I should have included “2020” in the title since who knew back then that this thing would stretch for more than a year? Well it has, and though we may be approaching the “beginning of the end” phase, we still have a long way to go to get to normal, whatever that might be after all we’ve been through.

In my prior posts, Covid-19: March 12 edition; Covid-19: April 4, 2020 edition; Covid-19: May 3 edition; Pandemic Journal: Sept 20, 2020; Pandemic Glossary (on Dec 29, 2020); the word that best characterized our collective condition might have been despair, or hopelessness. The virus had surged just after Thanksgiving and when last I wrote, a post-Christmas surge still seemed likely. But that didn’t happen although the infection numbers remained high and there was no discussion of loosening restrictions.

A milestone was reached on December 14, 2020, when a New York City health care worker became the first to be vaccinated. I felt a surge of excitement and relief: however long it would take for the vaccines to be administered, there was at least a reason for hope.

But a national characteristic of America in the 21st century is an aversion to detailed planning. That was particularly true of the prior presidential administration which made day-to-day chaos standard operating procedure but it is also endemic at other levels.  All states have known since at least last March that at some point millions of residents would have to be vaccinated. But when the vaccines began arriving, many of those states, especially Massachusetts, seemed surprised by that occurrence and were unprepared, notwithstanding a vaccine had been expected throughout.

Recall what happened in Massachusetts when the vaccine first arrived: Those at the front of the line – first responders – seemed to go  smoothly, but the next group up was residents 75 years and older. Who in state government thought mandating that the only way for those born before 1945 to register for a vaccination appointment was through a distributed web-based signup process would be the right approach? Even in its “improved” form today, the sign-up process is complex. That elders with only rudimentary (if any) computer skills were supposed to do it defies belief.

And why was there not a pre-vaccination signup program prior to this Friday? In April 1917 when the United States mobilized a 4 million man army almost from scratch, they had everyone eligible for the draft sign up in advance and then very publicly drew names out of a fishbowl to set the order of induction. From what I’ve seen of the Massachusetts sign-up system (and I’ve only been an observer since my cohort isn’t yet eligible) drawing names from a giant fishbowl might have been a better way.

But while “frustration” is clearly a Covid word for February and March, so is hope. Infection rates seem to be decreasing; so are deaths and hospitalizations. Despite the chaotic rollout, people are getting vaccinated and the CDC announced this week that those who are two weeks past their full dose can now safely gather with others similarly protected. Also, the weather is warming and spring is just days away. And a few evenings ago President Biden directed that all 50 states open the opportunity for vaccinations to all by May 1 in the hope that it will be safe for people to gather by the Fourth of July. Given that the Biden Administration has in its first 50 days consistently under promised and over performed, he would not have said that unless the metrics available to him point strongly towards that timetable being achievable.

Still, as John Kerry said about the Vietnam War when testifying before the U.S. Senate fifty years ago next month, “How do you ask a man to be the last man to die for a mistake?” The virus is still with us. It is still deadly.  And the good news will tend to dilute our vigilance. So continue to be careful.

Despite our emerging joy that the end of the pandemic may be in sight – still months away but in sight nonetheless – we should never forget that more than 500,000 Americans died from this disease and that did not have to happen. Under the prior regime, our national government made the deliberate policy choice to do nothing to protect us despite knowing how deadly this virus could be as early as December 2019. We have the richest country in the world; on the whole, the best doctors and scientists in the world. Experts knew what needed to be done yet they were ignored, not only ignored but purged while the public was fed lies that put millions of people at risk and prolonged and worsened the economic calamity that descended on the country in tandem with the public health crisis. I’ll let future historians provide explanations for why that happened, why the response to this crisis was so badly botched by the highest levels of leadership in this country. For now, please just remember that it was. And it was a predictable outcome of a deliberate policy choice.