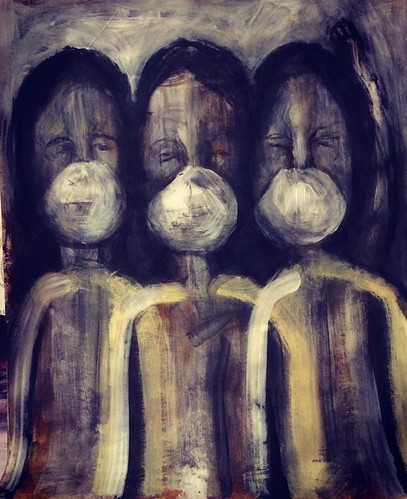 “Masked Up: by Chath pierSath

It was six months ago – Sunday, March 15, 2020 – that Governor Charlie Baker ordered schools, restaurants, and bars to close. Courthouses and much else closed too. Although the Covid-19 virus had been lurking in our consciousness for weeks before that, it was the mandated closings that brought home the seriousness of the disease.

Since then, there has been a flood of news about the virus, its consequences, and our collective response to it. Much of the information has changed and is frequently in conflict with other information. I don’t know how we collectively sort it out but that’s an issue for another day. For now, I thought I would share my understanding of some of the major issues related to the pandemic:

Covid-19 – This is a highly infectious disease that spreads widely and rapidly. It seems there are three primary methods of transmission:

Masks – The primary reason you should wear a mask is to keep you from infecting others in case you are the one who is sick. If you cough, the mask catches most of the droplets expelled from your mouth. Same thing if you sneeze. Or shout. I cringe whenever I see someone wearing a mask begin to speak and then rip off the mask so he or she can be heard better. That is exactly the moment when you’re most likely to spread the virus and when it is most important to keep the mask on. The secondary reason for wearing a mask is that it provides some protection to you. A mask might keep out some virus particles that are directed to you but not all of them. Still, as Robert Redfield, the director of the Center for Disease Control said last week, wearing a mask “is the most important, powerful public health tool we have.” 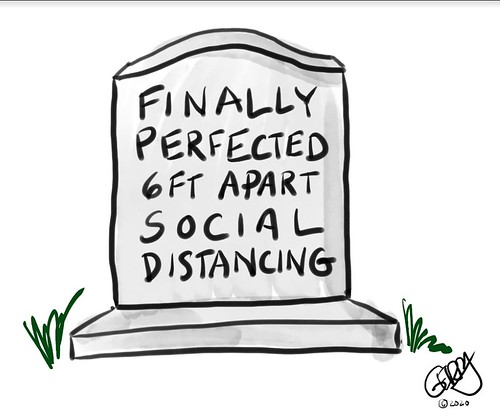 Stay Six Feet Apart – In the Army, every weapon had a “maximum effective range” which means the distance at which the weapon may fired accurately. A bullet may travel farther and still cause damage, but not reliably. Transfer that concept to virology and the question becomes “what is the maximum effective range of a virus droplet expelled by an infected person who is coughing, sneezing or talking?” Early in the pandemic, experts concluded six feet provided adequate safety because given the weight and velocity of viral droplets, most of them would drop to the ground at that distance. But six feet is not a magical number. If you are seven feet away from an infected, mask-less person who sneezes, you will be showered with viral droplets and likely get sick. Still, the more physical distance you can maintain between you and someone else, the safer it is for both of you.

Ventilation – Unlike larger droplets from a cough or sneeze that soon fall to earth, an infected person also expels smaller, microscopic droplets by talking or even by exhaling normally. These small droplets remain in the air for a long time. Think about how the smell of cigarette smoke lingers in a room long after the smoker has left and you get the idea. So if an infected person is in an enclosed space – even a big room – for long enough, microscopic viral droplets expelled by that person can so saturate the air that someone else in the room can breath in enough of the virus to become infected themselves. That’s why it is safer to be outside than inside – the air outside is constantly moving. Inside, the risk of aerial saturation is much higher which is why things like open windows and doors and properly working HVAC systems that exhaust inside air to the outside are critical for spaces that will be occupied for more than just a few minutes.

Hand Washing – Remember when this all started, the advice from the CDC was to wash your hands repeatedly and each time you did, to sing Happy Birthday twice because that’s how long it takes to properly wash your hands? We don’t hear much about hand washing anymore, but it is still important. Remember transmission risk 3 listed above – that your fingers transfer the virus from a surface to your mouth, nose or eyes. So hand washing, hand sanitizer, and frequently washing surfaces are all still important.

Cumulative Exposure – Every other week I go to the grocery store early in the morning when few people are there. I wear a mask as does everyone else in the store. I feel relatively safe doing this. But there is this concept called cumulative exposure that I think has gotten too little attention. There are many activities I would normally undertake – getting a haircut, going to a restaurant, visiting a museum, shopping at a big box store – that I am also able to undertake during this pandemic. Considered in isolation, each of these things seems relatively safe. But a lot of slight risks add up to a big risk. Catching this virus seems incredibly random so the more times you put yourself someplace that has a risk, however slight, the greater the chances of you getting sick. So the bottom line is, if you don’t have to do something or go somewhere, don’t do it. But if you do decide to go out to eat or see a movie in person, refrain from doing other things for a while.

Vaccines – Yes, it will be wonderful when there is a vaccine and we can return to pre-pandemic life. Unfortunately, that’s a bit of a fantasy because it is a lot more complicated. Even the best vaccines are not 100 percent effective. With the under-development Covid-19 vaccines, I believe an effective rate of 50 percent will be deemed a success and will allow widespread inoculation. But that means even after getting the vaccine, if you are exposed to enough of the virus to make you sick, there is a 50-50 chance you will get sick. That is why it is so important for everyone to get the vaccine. If there is widespread acceptance of the vaccine, the odds are that few of the people you encounter will be sick. If hardly anyone you encounter is sick, then a vaccine that’s 50 percent effective will be sufficient. But like wearing masks, whether to get a vaccine has been so politicized that the penetration rate will be considerably less than universal. The fewer people get the vaccine, the greater the risk to everyone including those who are inoculated. (And when I say this has been politicized, I include in that the completely rational fear that this administration will unleash an ineffective or even dangerous vaccine upon the population in exchange for some perceived short-term political gain).

Long Haul – I’m not a big fan of Dr. Redfield of the CDC, but when he said to Congress last week that the earliest he sees us SAFELY returning to some kind of normal will be next summer or fall, that seemed about right to me.