The beautiful pair of buildings – the City Hall and the Pollard Memorial Library – that anchor the intersect of Merrimack Street/Dutton Streets/Monument Square and up to Cardinal O’Connell Parkway represent a monumental style of architecture known as Richardsonian Romanesque. These buildings are the hub of much important civic and educational activity but we often fail to appreciate the grandeur and the history of the buildings themselves. Those who took the “Lowell Walks” tours this past summer had a number of opportunities to lean more. Today is the birthday of Boston-born H. H. Richardson – America’s First Architect” – who created this style…    From the archive ~

From the archive ~ a reminder that two of Lowell’s most magnificent buildings Lowell City Hall and the Pollard Memorial Library are built in the “Richardsonian Romanesque” style created by Henry Hobson Richardson… “America’s First Architect” born this day September 29, 1838.

MassMoments reminds that Henry Hobson Richardson was born on this day – September 29, 1838. During his short life, Henry Hobson Richardson designed churches, courthouses, train stations, libraries, and other important civic buildings. Featuring semicircular “Roman” arches set in massive stone walls, Richardson’s unique style became known as “Richardsonian Romanesque” – the first and only architectural style ever named after an American. Richardson is known as the “First American Architect” because he broke away from European traditions and designed buildings that stood out as truly original. A Harvard grad, Richardson made Boston and later Brookline his home. He designed many Massachusetts buildings and influenced many others with his “Richardsonian Romanesque” style such as the City Hall and Public Library (Pollard Memorial Library) in Lowell. 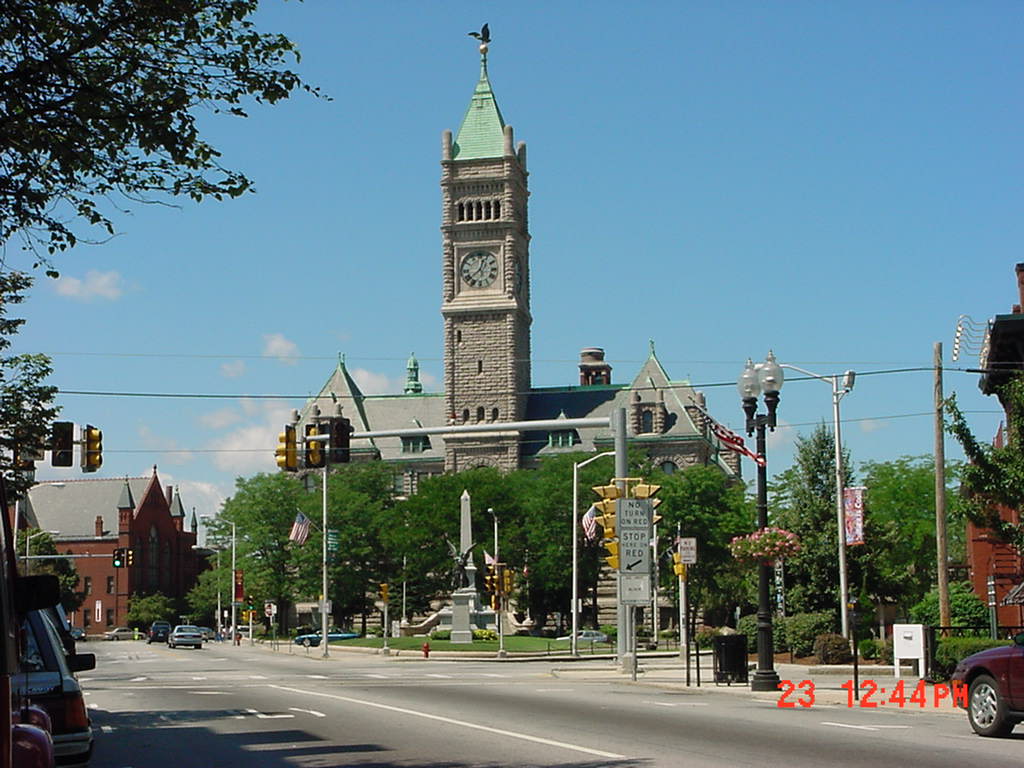 Lowell City Hall as it sits in Monument Square today

…in 1838, Henry Hobson Richardson, one of the true geniuses of American architecture, was born. A native of Louisiana, he received his architectural training in Paris. But the ties he formed during his years at Harvard College, including marriage to a Bostonian, led him to make Boston his home. He designed nearly 80 buildings, including churches, libraries, railroad stations, and private homes, many of them in Massachusetts. His buildings were visually striking and beautifully proportioned. He used forms inspired by early medieval churches, including rounded arches, massive towers, and rugged stone walls, with blocks often laid in bands of contrasting color. Widely copied across the nation, “Richardsonian Romanesque” became the first and only architectural style ever named after an American.