From the archives at the John F. Kennedy Library: 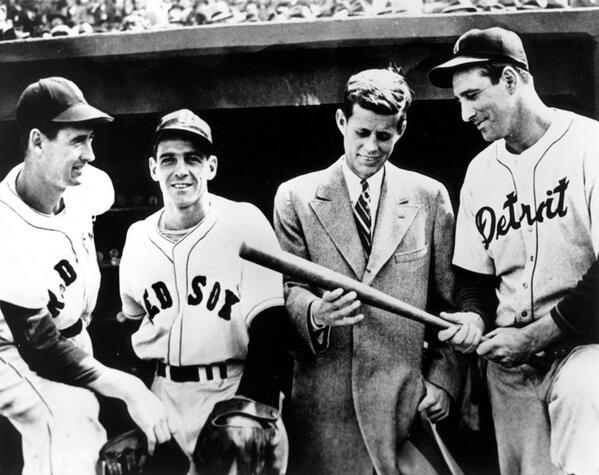 In 1946 – James Michael Curley, the legendary local politician was serving as the  U.S. Member of Congress for the Eleventh Congressional District when he decided to not to run for reelection but instead to run for mayor of Boston. With the seat open and long eyeing a place to run – young, energetic and World War II combat veteran John F. Kennedy entered the race – along with nine other candidates. He ran hard and he visited everywhere – including Fenway Park. JFK is pictured above at Opening Day, Fenway Park in Boston.