President Obama’s Second Inaugural public ceremony will take place on Monday January 21, 2013. Later that evening there will be two official Inaugural Balls and countless receptions, galas and parties. There is always great anticipation about the First Lady’s gown. The display of these gowns from the past is one of the most poular exhibits at the Smithsonian. Here are the dresses of Jacqueline Bouvier Kennedy and Hillary Rodham Clinton worn at their husband’s inaugural balls – Jackie in 1961 and Hillary in 1993. There is a link to an interesting story of the history of the exhibit and preparation for the current exhibit. 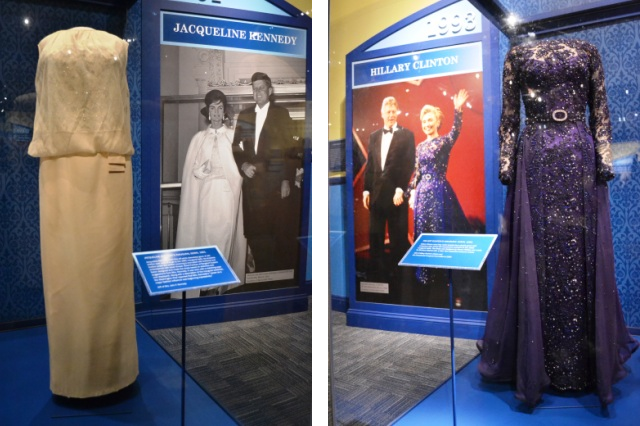 Note: Bill and I were proud and happy to attend President William Jefferson Clinton’s 1993 Inauguration – that included the swearing-in  and attending a couple of the Balls. More on that later.