On Saturday afternoon October 13, Cardinal Sean O’Malley visited the Franco American School in Lowell to say Mass and re-dedicate the refurbised and restored one hundred year old Stations of the Cross at the Grotto of Our Lady of Lourdes. Over 500 people attended the outdoor mass. The Cardinal remarked on his visit on his official  blog and included some pictures.

Saturday I visited the Franco-American School in Lowell to celebrate the 100th anniversary of the grotto of Our Lady of Lourdes and the Stations of the Cross at the school. The Franco-American School is run by the Sisters of Charity of Québec and Sister Lorraine Richard is the principal there. The grotto and stations had been recently refurbished and are very, very beautiful… I was pleased to see such a large crowd for an outside Mass on a very brisk October day. 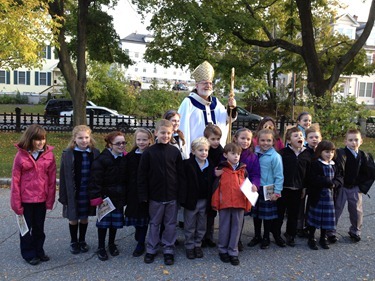 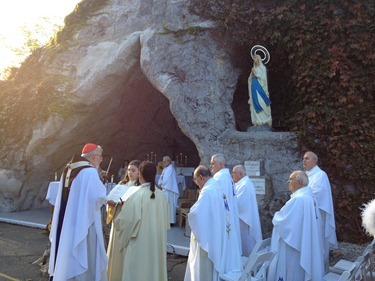