On April 29, 1962 President John F. Kennedy held a banquet honoring Nobel Laureates at the White House. Forty-nine Nobel Laureates, or their representatives attended. The guests included Pearl Buck, Rudolf Mossbauer, Mrs. Ernest Hemingway, Mrs. George Marshall and Dr. Linus Pauling.* It was on this occasion that Kennedy made his famous extemporaneous remark: “I think this is the most extraordinary talent, of human knowledge, that has ever been gathered together at the White House, with the possible exception of when Thomas Jefferson dined alone.” 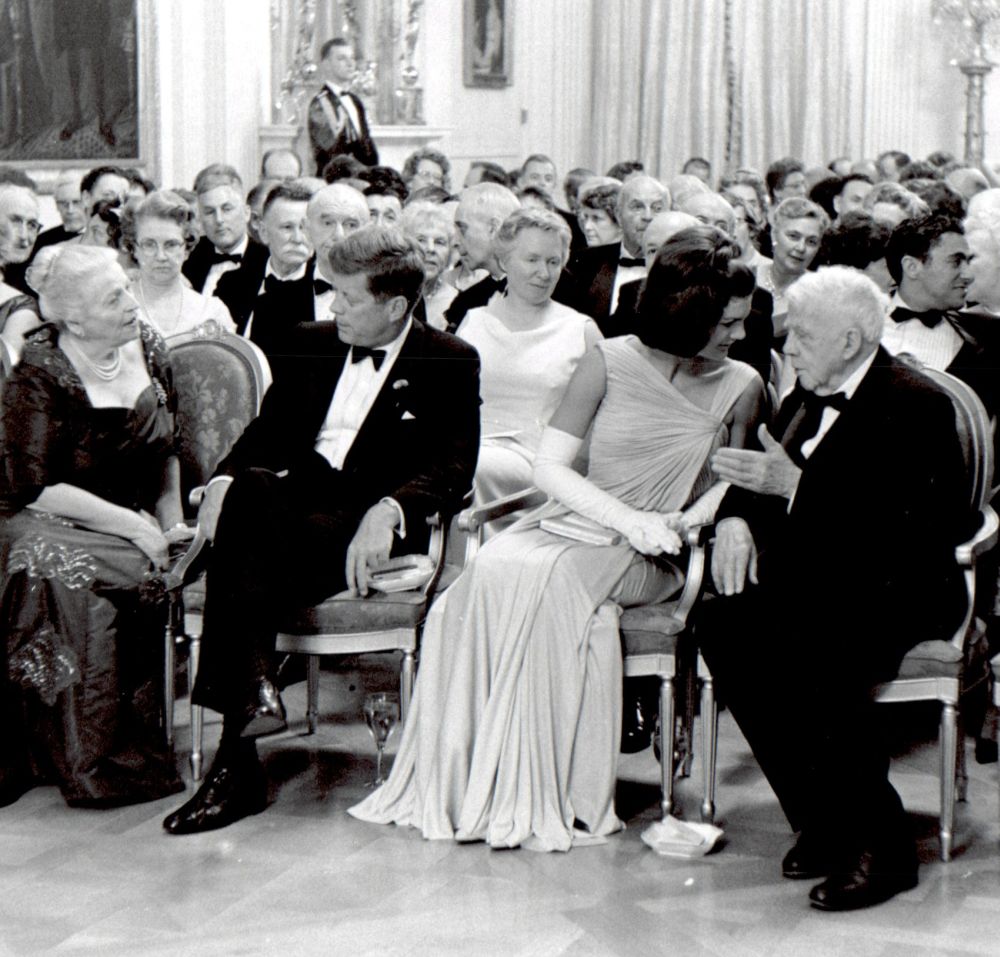 This photo (from the JFK Library) shows the president talking to author Pearl Buck, while Mrs. Kennedy talks with poet Robert Frost.

Note 1: Dr. Pauling an avid anti-nuclear activist spent time ealier that April day picketing outside the White House in favor of a nuclear test ban. Donning evening clothes he attend the Nobel Laureate event and then was back on the picket line the next morning. Read more here.

Note 2: In the spirit of all the gowns and dresses causing “oohs, aahsand naahs” at the WHC dinner last night, I include this color photo of the evening dress Mrs. Kennedy’s wore at the Nobel Laureate event. She wore an Oleg Cassini evening dress made of celadon silk jersey.