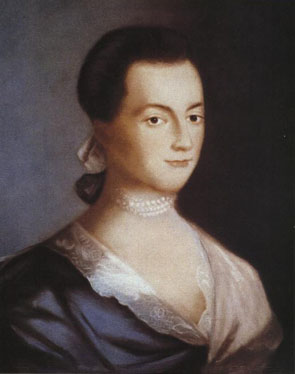 We are reminded that on this day March 31, 1776, Abigail Adams wrote to her husband John Adams – future President of the United States – as he and other members of the Continental Congress were gathered as the governing body of the Thirteen Colonies.  She wrote:

“I long to hear that you have declared an independency. And, by the way, in the new code of laws which I suppose it will be necessary for you to make, I desire you would remember the ladies and be more generous and favorable to them than your ancestors. Do not put such unlimited power into the hands of the husbands. Remember, all men would be tyrants if they could. If particular care and attention is not paid to the ladies, we are determined to foment a rebellion, and will not hold ourselves bound by any laws in which we have no voice or representation.”

When John Adams went to Philadelphia in 1774 to serve as his colony’s delegate to the First Continental Congress, Abigail Adams remained home. The separation prompted the start of a lifelong correspondence between them, forming not only a rich archive that reflected the evolution of a marriage of the Revolutionary and Federal eras, but a chronology of the public issues debated and confronted by the new nation’s leaders. The letters reflect not only Abigail Adams’ reactive advice to the political contentions and questions that John posed to her, but also her own observant reporting of New England newspapers’ and citizens’ response to legislation and news events of the American Revolution.

Regarding Abigail Adams’ admonition to husband John – it was nearly 150 years before the House of Representatives voted to pass the 19th Amendment giving women the right to vote.