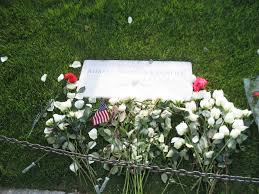 On this day June 5, 1968, Sen. Robert F. Kennedy (D-NY) was assassinated in Los Angeles after claiming victory in California’s Democratic presidential primary. Shortly after midnight – after winning the California primary election for the Democratic nomination for President of the United States, Kennedy was shot as he walked through the kitchen of the Ambassador Hotel and died in the Good Samaritan Hospital twenty-six hours later. Gunman Sirhan Bishara Sirhan was immediately arrested.

After Martin Luther King was assassinated a few months before on April 4, 1968, Robert Kennedy spoke these words in an address to the City Club of Cleveland:

“We must recognize that this short life can neither be ennobled or enriched by hatred or revenge.

Our lives on this planet are too short and the work to be done too great to let this spirit flourish any longer in our land. Of course we cannot vanish it with a program, nor with a resolution.

But we can perhaps remember – even if only for a time – that those who live with us are our brothers, that they share with us the same short movement of life, that they seek – as we do – nothing but the chance to live out their lives in purpose and happiness, winning what satisfaction and fulfillment they can.