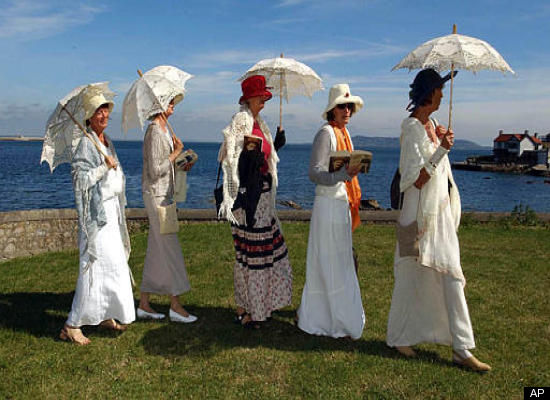 Bloomsday is a commemoration observed annually on 16 June in Dublin to celebrate the life of Irish writer James Joyce and relive the events in his novel Ulysses, all of which took place on the same day in Dublin in 1904. The name derives from Leopold Bloom, the protagonist of Ulysses. Thursday, 16 June 1904 was the date of Joyce’s first outing with his wife-to-be, Nora Barnacle, when they walked to the Dublin urban village of Ringsend.

BLOOMSDAY marks the day in 1904 on which all the action of James Joyce’s novel Ulysses takes place. It is celebrated every year on 16th June by Joyceans all over the world. In Dublin, where the novel is set, Bloomsday celebrations go on for a week, with most of the attention on the day itself. It is traditional to dress up and go out for the day, visiting the locations of the book and taking part in readings, walks, reenactments and convivial activities of all sorts which in some way connect with Ulysses, its author and its world. As an occasion rather than a festival, Bloomsday has no ‘official’ programme or organising committee.

How to Celebrate Bloomsday from eHOW:

I must confess – I’ve personally only read assorted quotes and snippets from the iconic Ulysses – I’m a “Dubliners” person with “The Dead” a particular favorite – but I’m intrigued by the “convivial activity” and “dressing up” suggested by celebrating Bloomsday! Could we add this day to the Lowell Cultural calendar? Let’s talk!