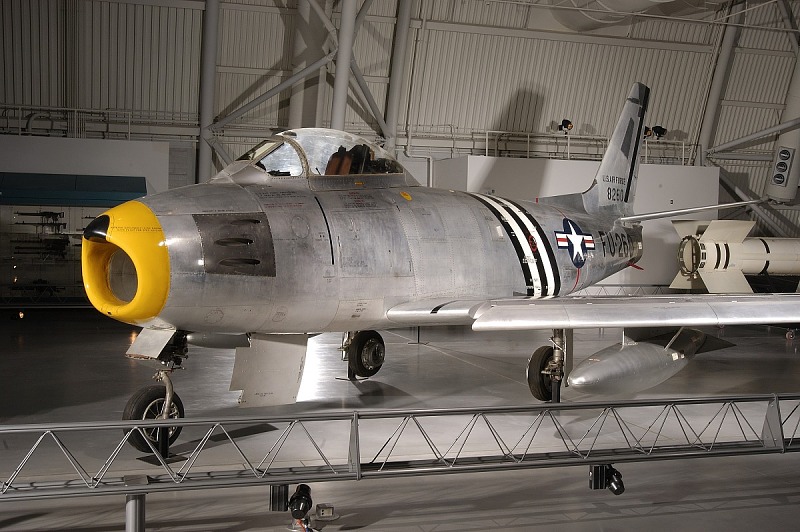 The plane crashed. The pilot survived. I don’t know if I saw this or was told about it by my parents or remember the incident because I heard others describe it. In my mind I see myself in real time either standing in the front yard of my family home with my father or with my mother looking out the west-facing picture window of our small ranch on outer Hildreth Street in Dracut, Mass.

I was four years old on June 8, 1958, when an F86L jet fighter arrowed down out of the sky at 3:30 p.m. on a Sunday about a mile from my house. New Hampshire Air National Guard pilot Peter Gulick on a patrol flying out of Manchester, New Hampshire, was returning to Grenier Air Force Base when the engine on his swept-wing Sabre jet failed, “flamed out,” he said, forcing him to eject. A second jet on the same maneuver also went down due to mechanical issues and fuel trouble, this one in a forest many miles to the north. Both pilots were in the 133rd Fighter-Interceptor Squadron at Grenier.

Ray Keefe was outside in the Navy Yard section of town when he saw the plane descend at a frightening rate above the J. P. Stevens Mill next to one of the Beaver Brook dams, veering north to the New Hampshire state line. Billy Fox and Russ Taylor were at Fox’s Dairy on Bridge Street a couple of miles to the east in Dracut Center. After the plane went out of view somewhere beyond the Rifle Range and Colburn Avenue, Billy’s father drove the boys to the scene. They waited on the road while the dad joined cops and firefighters who ran into the woods to help.

The sound in the sky. In those years we were not surprised by the sudden rolling thunder of a plane breaking the sound barrier. Like a tremor shaking the clouds, an aircraft reaching a speed faster than sound tripped a massive sonic boom. But this was a different noise. The enormous bang of the “expulsion chute explosives” would have made my neighbors look up if they had not already spotted the transonic aircraft hurtling nose-first toward the forest at the end of Hildreth Street. The parachute carrying First Lieutenant Gulick sailed over and then into the distant dark green woods. The pilot did his best to direct the plane away from houses. He may have been 2,000 miles up and going 200 miles per hour when he bailed out. His chute caught in a pine tree twenty feet up.

Chopping wood 100 yards away from the impact site, Albert Gagnon dropped his axe and followed a trail toward the spot where he had seen the parachute touch tree tops. He was able to help the slightly hurt pilot out of the woods. The jet smashed into a natural sand pit near a clearing with marshes and a small pond—more like a water hole—a place where my friends and I played hockey when I was teenager. Civil and military authorities, including Air Police from two nearby bases, sealed off the widespread crash site as best as possible. Jean Turner of the Lowell Sun reported that police turned away hundreds of sightseers in cars who converged on the crash location, eager to get a look at the shattered plane.

I learned much later that the Sabre jet carried “top secret” computer equipment designed for intercepting enemy aircraft. On summer days with fishing rods or just to snoop around, my friends and I hiked to the crash site and often returned with a pocketful of metal pieces. Twenty years after the crash, the largest parts of the jet were dug up and sold to a salvage yard for the still-valuable aircraft aluminum. Leo Gaudette remembers because he drove the truck carrying the broken wings.

Before I knew the facts, I composed a poem, “Bush Pilots,” around 1980 that gave shape to the way the memory stuck in my brain. In its poem form, the piece has appeared in my poetry collections and was selected for the anthology Place of Passage: Contemporary Catholic Poetry, whose contributors include Denise Levertov, Annie Dillard, Robert Lax, and Karol Wojtyla, Pope John Paul II.

Here it is in sentences instead of lines:

The pilot sprouted backwards from the cockpit, lobbed backwards until silk puffed, and his parachute, tiny mushroom, held in the wind over fir-crested woods. Part of our Air Force hobbled out of the sky toward spears, where it caught, and tangled wings and splintered fuselage and cracked is nose as silver stars hit ground in a black-and-orange noise.

For years, we dug up traces of burnt metal, once thinking our relic was a helmet chip, rare as the fossil of St. Therese buried at our yellow-brick school. We rummaged in the ruins for bits of the wreck, not pieces of the Dream—that lure of pretty steel. Like blue angels in a wild blue yonder, we hitched our saintly wagons to a star, but fumbled with the junk that fell around us.

[Special thanks to various Facebook contributors referenced here who added details to this story several years ago and to the Lowell Sun for initial coverage.]