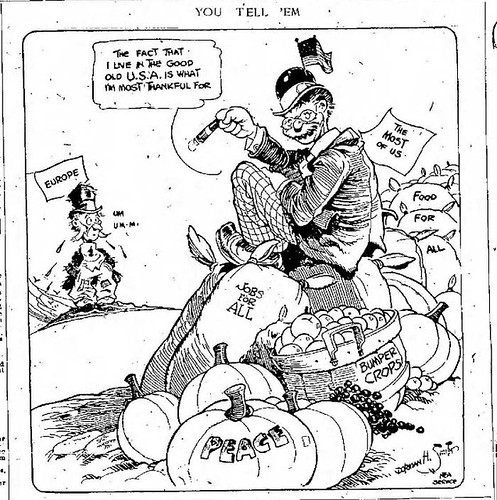 Thanksgiving came late in 1922. It was observed on Thursday, November 30. Still, the weather was unseasonably warm which would allow many to use their relatively new automobiles to visit distant family and friends.

Just ten years earlier, automobiles were very rare and possessed only by the very wealthy, but a surge in manufacturing capacity during World War One carried over after the war. By 1922, many in the middle class and some working people were able to afford a car. 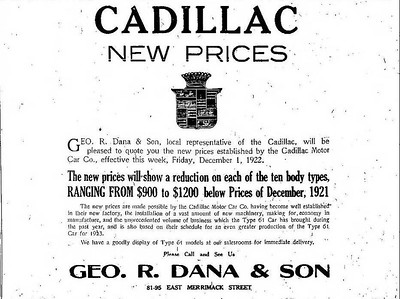 With car ownership rates rising and winter coming on, it was important for drivers to prepare for inclement weather with tire chains, gloves, and blankets. 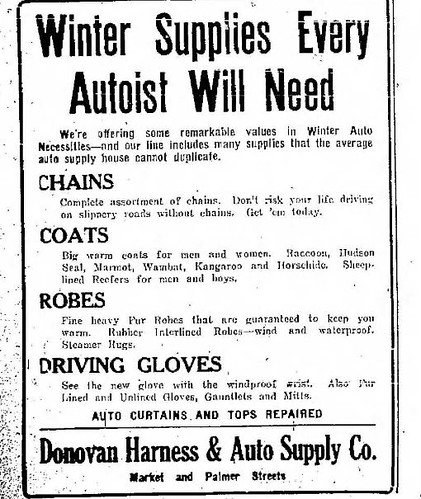 Thanksgiving was a holiday observed by everyone (meaning most people had the day off from work). Many began the day at church services but then had a variety of “entertainments” to choose from. Perhaps the biggest event was the annual Lowell-Lawrence football game. In 1922, it was held in Lawrence at O’Sullivan Stadium. Nearly 6000 people attended with half traveling from Lowell. Lawrence High at a very good football team that year and, as expected by most, defeated Lowell High. (The score was 12-0).

After the game, people could go bowling or roller skating or attend a movie or live performance at one of Lowell’s many theaters. The Strand showed “Just Tony,” the story of Tom Mix’s horse. The B.F. Keith Theatre featured live musical and dance performances through the day. The Rialto Theatre had a double feature: Mary Miles Minter in “Her Winning Way” and Hoot Gibson in “The Galloping Kid.” Movies were also offered at the Royal, Jewel, and Crown theaters, and the Opera House featured a musical called “Oh Joy.”

Hotels and restaurants in Lowell were ready for big turnouts on Thanksgiving, offering multicourse menus plus live entertainment to those who didn’t want to cook for themselves. For those who would be in the kitchen, Flynn’s Market on Gorham Street was selling turkey for 55 cents per pound, geese for 29 cents, and chicken for 25 cents.

In its editorial on the day before Thanksgiving (no newspaper was published on the holiday), the Lowell Sun cited some of the reasons its readers had to be thankful. Foremost was the “special advantages” of being an American in contrast to the suffering of people in Europe, especially in countries that lost the War, where people can’t get the necessities of life even if they have money.

“We have reason to be thankful for the return of prosperity after such a long business depression, labor strikes, and other troubles affecting the peace and happiness of the people. Happily, these troubles have been settled and today the factories are nearly all busy with their full force of employees at work.”

“When people have steady employment at fair wages in addition to good health, they have all the principal requisites of industrial and domestic happiness.”

“We enjoy more of the comforts of life than we ever did before. In proof of this, it is only necessary to point to the vast number of automobiles owned by working people and the other comforts arising from recent inventions such as the wireless, the phonograph, and the moving picture.”