Here’s a sampling of what the Fourth of July was like in Lowell 100 years ago: 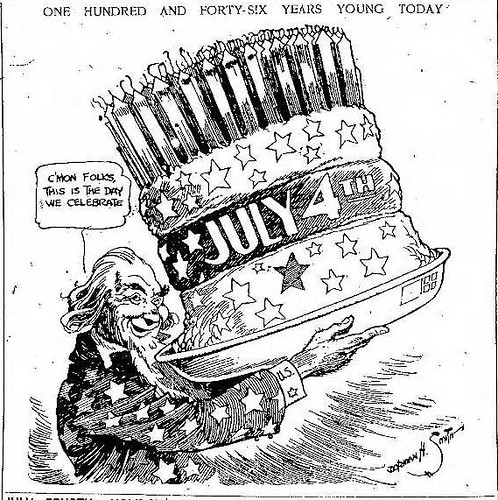 Fireworks display by Antonelli Fireworks Co of Rochester NY for $1200. They will also supply “bombs” to be fired from the summit of Fort Hill at sunrise, noon and sunset. Fireworks display begins at 9 pm and will last two hours. Aerial bombs will recreate US Flag, Niagara Falls, St. Anne’s Church, Ladd & Whitney monument, Mayor George Brown.

Two complete carnivals with more than 100 concessions. The big midway will open on South Common at 6 until midnight. 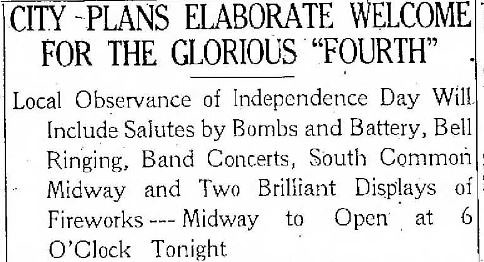 BUT it rained so fireworks were postponed to the 5th and then again to the 6th. People showed up for events but the rain had the dominant hand. When it wasn’t raining, there were threatening clouds.

American Legion Post 87 will dedicate three squares on July 4th in memory of Lowell soldiers who fell in the World War. All members and all World War veterans are requested to gather at the intersection of Dutton and Fletcher streets at 10 a.m. The gathering will move at 10:45 am to Cranna-Manning Square (intersection of Fletcher and Suffolk) for dedicatory exercises. Belanger Square at the intersection of Middlesex and Thorndike Street (opposite the depot) will then be visited and that square dedicated. Roy Square, located at the intersection of Branch and Middlesex Street, opposite the Notre Dame Church, will be dedicated following the completion of naming Belanger Square. Regan’s band will escort the procession to the different squares. 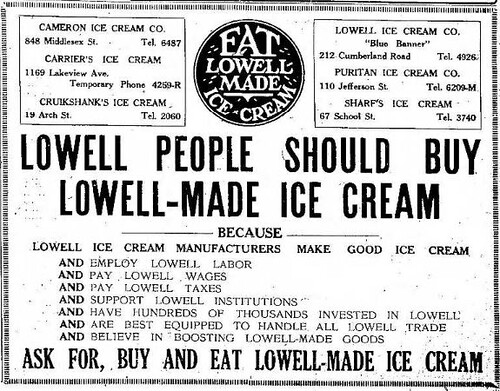 Lowell-Made Ice Cream was available at:

Traffic to Maine and the White Mountains has been very heavy over the Boston & Maine during the past few days. 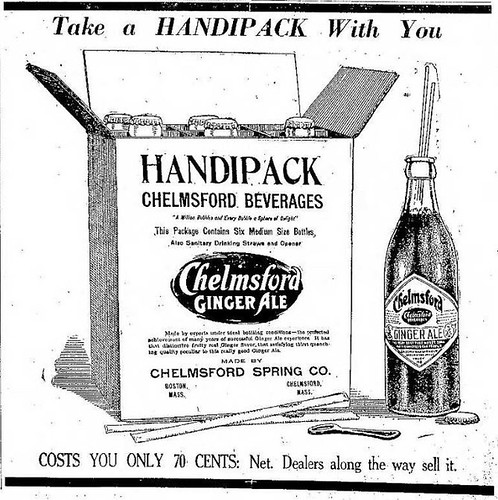 Also on the Fourth: