One more in my series in the spirit of “Lowell Walks” from the days when I hit the trail each weekend, usually in the morning. Lotta water under the canal bridge since 2009. — PM

Scenes From an Urban Redevelopment Zone 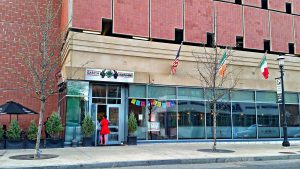 2 Responses to Another Report from the Field: A Rerun from May 2009