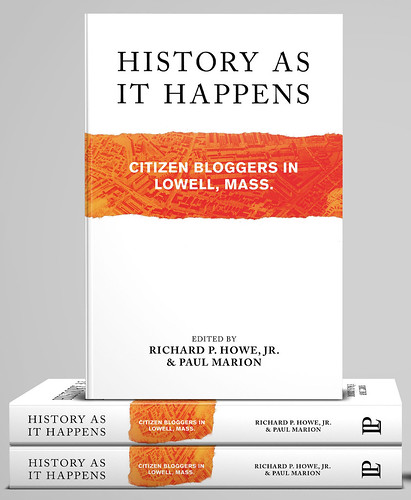 By the end of 2007, Senator Barack Obama had developed some serious momentum in his quest for the Democratic nomination for the Presidency. Tony Accardi experienced that tidal wave in Nashua, N.H.

Yesterday I attended the Barack Obama rally at Nashua High School. I intended to be simply a casual observer. My wife and I arrived approximately 45 minutes early for the 10:00 a.m. event. We figured this was ample cushion time. Oh, were we wrong! When we approached the school we couldn’t believe our eyes. The line to enter stretched at least three football fields, snaking down and around the parking lot. We debated whether we would even get in because there were so many people waiting. But the excitement in the atmosphere easily strengthened our patience. There had to be more than a thousand people in front of us as we took our place in the line. After thirty minutes of waiting, I looked back and saw what I estimated to be another thousand people behind us.

When the doors opened, Obama workers filled the gymnasium quickly and efficiently. My wife and I were lucky enough to be directed to remain on the floor and take a position in the front row to the side of the podium (I did mentioned we were in the front row, right?). The atmosphere was electric. I imagined that this was the kind of energy that John and Robert Kennedy generated in the 60’s.

Obama’s people were fabulous. They were courteous, energetic, and organized. Within twenty minutes of filling the gym every pair of able hands was holding an Obama sign (yes, I kept mine). The crowd was so large (I estimated 3,000), that some unfortunates were directed to an overflow room. This is the only way I can describe what it was like when Obama entered the room: in 1965 I saw the Beatles at Suffolk Downs; that is the only time I heard a louder roar of excitement and enthusiasm. The candidate delivered a rousing speech filled with the messages of hope and change, firing up the crowd until it crescendoed in a chant of O-bam-a, O-bam-a, O-bam-a. Before I knew it, I too was jumping up and down yelling O-bam-a, O-bam-a and demanding change. I was in the grip of Obamamania. Today?… Well, I almost feel hung over. Yes, I still have my Stand for Change sign, but I’ve calmed down. Here’s a message to you disbelievers out there:  This guy’s got something special, and he radiates it.