Twelve summers ago, Paul Marion discovered Harry de Metropolis, a graduate of Lowell High (class of 1931) and West Point (class of 1939) who rose to the rank of major during World War II, and who later published a collection of his war-time poems. Here is Paul’s post from 2008: 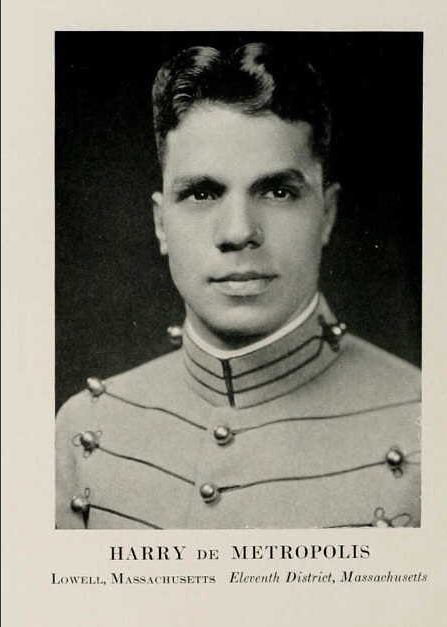 A few years ago I was given a copy of a book of poems by a Lowell writer I had never heard of: Harry de Metropolis. The collection, Love and War, was published by The William-Frederick Press of New York in 1952. 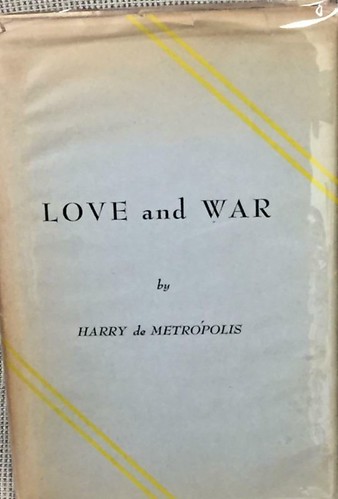 Born in 1913, the author was a 1931 graduate of Lowell High School and Class of 1939 at West Point. He describes his profession as “Soldiering: World War II, European and Pacific Theaters.” In addition to literature, music, and art, he lists mathematics and philosophy as “hobbies,” along with tennis, baseball, and billiards.

The book is dedicated to Doris, his wife—there is a photograph of the two of them that goes along with a poem titled “American Beauty or Courtship at West Point (to my beloved wife).” This is formal, rhyming poetry as it was taught in public schools in the 1920s and 30s.

He has a long poem titled “Convoy” written in May 1942, which, as he says in the note added when the book was published, predicted “the eventual victory of America over Japan and Germany.” He writes about shipping out after the attack on Pearl Harbor: “We cleared the harbor/For some unknown fate;/And our last look was/of the Golden Gate.//Twenty ships loaded/With thirty thousand men/Comprised our belliferous/Ocean-going caravan.”

The convoy’s destination was Hawaii, and Harry wrote on the island and in the Philippines during the war. His first published poem appeared in a local paper in Hawaii (“When I Come Back”–he wrote, “I’ll bring thee fragrant ginger leis, coral from the sea”).

One of the blurbs on the book jacket is from Admiral Chester W. Nimitz, who had received a copy of “Convoy” and told Harry that he would distribute the poem to officers and men of escorting ships. The book also has a gushing blurb from a Greek movie star, Katina Paxinou, to whom he had sent his poem “Immortal Greece!”– which, he says in a note, predicts the later liberation of Greece from the Nazis. His endnotes on the war poems are bluntly patriotic and merciless in opinion about the defeated enemies.

Not all the poems deal with the military and romance. Expanding on his poem “Newton,” he says he invented a solution to a “celebrated geometry problem of antiquity” as a Lowell High senior, and includes his diagram illustrating the trisection of an angle.

Here are a couple of Harry’s poems:

I Have Loved England

I have loved England, dearly and deeply,
Since that first day, wide-eyed in high school,
The poems of Byron I read excitedly
Out of my textbook, breathlessly wonderful.

And since that day, my love for her has grown
So great with Wordsworth, Shakespeare, Shelley, Keats, and Pope,
Who have my heart and soul so richly sown
With Immortality, Love, Liberty, Beauty, and Hope,

That were I born without a native home,
Proud would I be to England claim my own!

And here’s an excerpt from Convoy:

Even the bravest man
Shakes like a frightened sheep
When Terror strikes at night
In the frightful, awful Deep.

And the loudest atheist
Re-believes in God
At night, in convoy, at the mercy
Of a sub’s death-dealing rod. 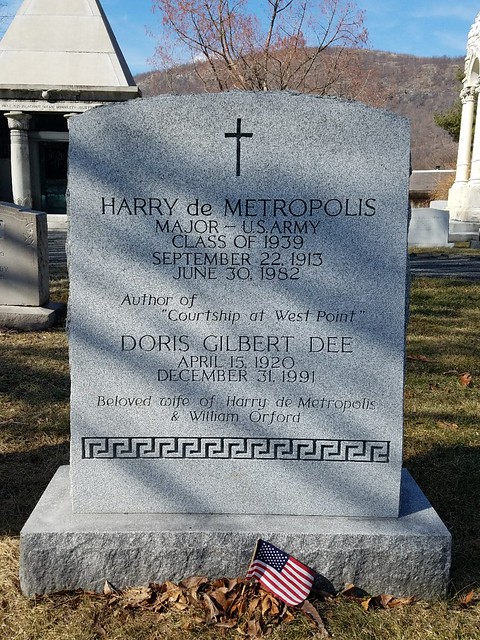