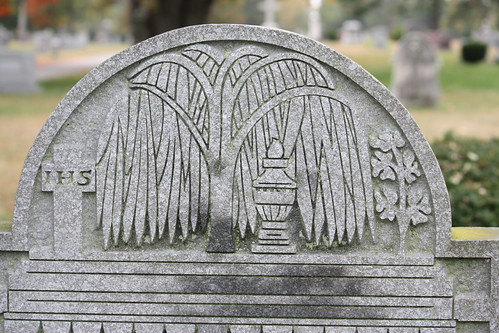 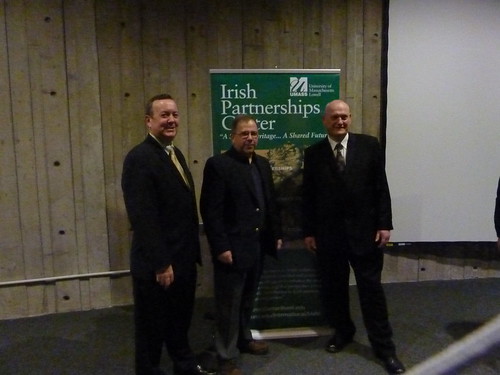 The article has four authors: Colm Donnelly, Eileen Murphy and Lynne McKerr, all of Queen’s University Belfast, and our own David McKean (who is familiar to everyone reading this article). The others, Donnelly, Murphy and McKerr, have all visited Lowell previously to do research, attend conferences and to participate in archeological digs, all associated with the UMass Lowell Center for Irish Partnerships.

My own background in history helped me appreciate the value of the work announced by this article. Back in the 1990s when I was pursuing a master’s degree in history, the term (still) creating a buzz was “the new social history” which by the 1990s, was already several decades old and not at all “new” anymore.

The new social history acknowledges that historians had previously relied on letters, diaries and journals to construct the historical record. This practice ignored or disregarded the fact that few but the upper class either had the ability to write or, if they were literate, were too busy surviving to have left a written record of their lives. The new social history used other sources such as vital records, genealogies, tax and assessment lists, wills, deeds and other such records to construct the stories of those who left no written record.

Similarly, this new “Migration and Memorials” paper draws upon the symbols and words inscribed on the earliest grave monuments in St. Patrick’s Cemetery to better-construct the story of the Irish who came to Lowell at the time of the city’s founding.

Events of 1816 created much trauma in Ireland. There was a recession brought on by the end of the Napoleonic Wars and the War of 1812 (against America). That same year, a volcano eruption in Indonesia blotted out the sun and caused the “year without a summer.” This led to famine and a typhoid epidemic in Ireland. Layered on top of that were rising religious tensions. Those who had the means and opportunity left, most heading to America and many of them to Boston.

And so it was in 1822 when the Boston Associates began work on their massive industrial enterprise on the bank of the Merrimack River in East Chelmsford, many Irish from Boston came to Lowell for work, to dig the canals and construct the mills. They stayed. Once established in East Chelmsford with jobs and housing, the Irish engaged in “chain migration” with hundreds of relatives and neighbors following them to their new home.

Lowell received its town charter in 1826. By 1831, there were 500 Irish settlers in the community. With land donated by the mill owners, they constructed the first Roman Catholic Church north of Boston, a wooden structure called St. Patrick’s. That same year, a parcel of land on “the road to Bilricky” was purchased for use as a “Catholic burial ground.” (This became St. Patrick’s Cemetery on Gorham Street which remains the road to Billerica). 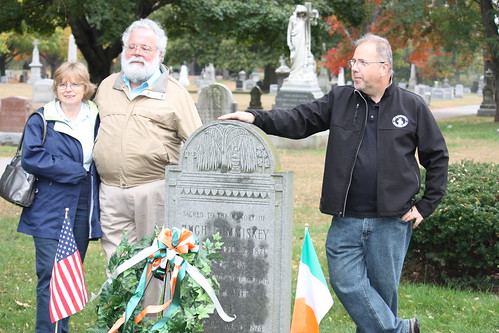 According to Dave McKean, the study of the earliest headstones in the cemetery began in the 1990s when he would bring his students there to clean some of the monuments in advance of Dave’s newly created cemetery tours. Surprisingly, what appeared to be “flat” stones (meaning cemetery markers intended to lie flat, flush with the grass) were slate monuments that once stood upright but which had been purposely pushed over in the 1930s as part of a “renovation” of the cemetery. A number of these monuments had been completely covered by the encroaching turf which, while not a plus when it came to remembering the decedent, helped preserve the stones and the symbols and words carved upon them.

When Dr. Colm Donnelly arrived in 2010 to do an archaeological dig at St. Patrick’s Church, he was also interested in the recent work done at St. Patrick’s Cemetery. Coincidentally, Dr. Donnelly’s spouse, Dr. Eileen Murphy, is a forensic archaeologist who specializes in grave markers. They along with Dr. McKerr and local volunteers spent time at the cemetery, cleaning more of the stones and collecting the data used in this paper.

Without expressly identifying this article as part of “the new social history,” this quote unequivocally places the article in that field:

“The current study clearly demonstrates the contribution that headstones can make in the context of the Irish diaspora. Although the first generation of Irish settlers left almost no primary source material, the examination of the iconography and epitaphs included on the memorials in Yard One can contribute to our understanding of the identity of these Irish pioneers and how they expressed their religion and ethnicity in their new homeland.”

The article explains that almost all of the St. Patrick’s grave markers that survive from 1832 to 1854 were black slate stone, the material most commonly used for grave markers in this vicinity. The slate was quarried locally and was relatively affordable. (Note the “relatively” modifier: Dave McKean points out that such a stone would cost at least one week’s wages and that many were buried with more affordable wooden crosses which have been lost to time). 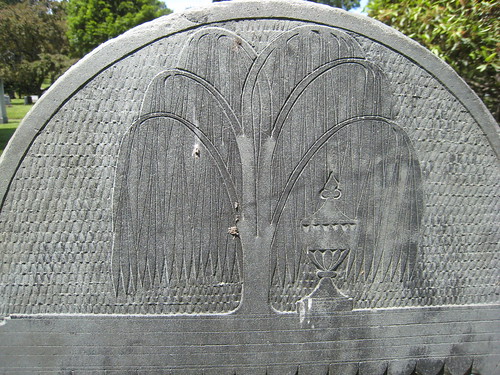 What is surprising is the prevalence of additional symbols – most often a Latin cross and the monogram “IHS” which had clear Roman Catholic affiliations (there are several contested meanings of IHS but all are clearly Catholic). To the authors or this new paper, the inference to be drawn from the openly Catholic symbology inscribed on these stones was that these earliest Irish residents of Lowell were open in proclaiming and celebrating their Irishness which is especially notable given the societal hostility towards those from that country at that time.

Of further surprise was the inclusion of shamrocks on many of these grave markers, something not found on grave markers in other Irish cemeteries in New England. By 1832, the shamrock was clearly associated with Ireland and the Irish, so besides announcing their Catholicism, the early Irish of Lowell also announced very publicly and permanently their close connection to Ireland.

The connection to Ireland was reinforced by geographic references carved into the stones. These epitaphs included not only the country of origin – Ireland – but the county within Ireland which was and continues to be an important means of self-identification.

This evident pride in proclaiming their roots in Ireland by Lowell’s first generation of inhabitants from that country stands in contrast with how later generations addressed their heritage. The article notes that epitaphs of subsequent generations prominently mentioned “of Lowell” or “born in Lowell,” suggesting an attempt to identify more as an American than as someone from Ireland.

This observation is particularly important in Lowell. Dr. Patrick Mogan, one of those most responsible for the creation of Lowell National Historical Park, often explained that his interest in using a city of immigrants like Lowell as a place to learn about the world through the celebration by local residents of the culture and heritage of their countries of origin, was born from his earliest experience with his Irish neighbors in Norwell, Massachusetts, in the 1920s. According to Mogan, his fellow residents of Irish descent exerted great effort to camouflage all aspects of their Irishness. This striving to escape one’s heritage cemented in Mogan’s mind the importance of doing the exact opposite – not only for the benefit of the individuals involved but for the entire community which would benefit from its residents learning from each other.

I assume Drs. Donnelly, Murphy and McKerr will return to Lowell someday. Perhaps it will be in 2022 which, as Dave McKean regularly points out, is the bicentennial of the first Irish coming to Lowell. Dave says that in 1922, a plea for a community celebration to commemorate the centennial of the arrival of the Irish was published in the local newspaper, but that no such celebration materialized. He hopes that one hundred years later, we might have a different result. The new research disclosed by this article and the additional information uncovered from the affiliated archeological explorations previously undertaken in Lowell will help motivate us to organize such a celebration and will lend additional meaning to it.