The Hill of Uisneach may not appear in many travel guides, but local historian Mawie Barrett explains why this ancient and sacred site in the geographic center of Ireland is not to be missed. 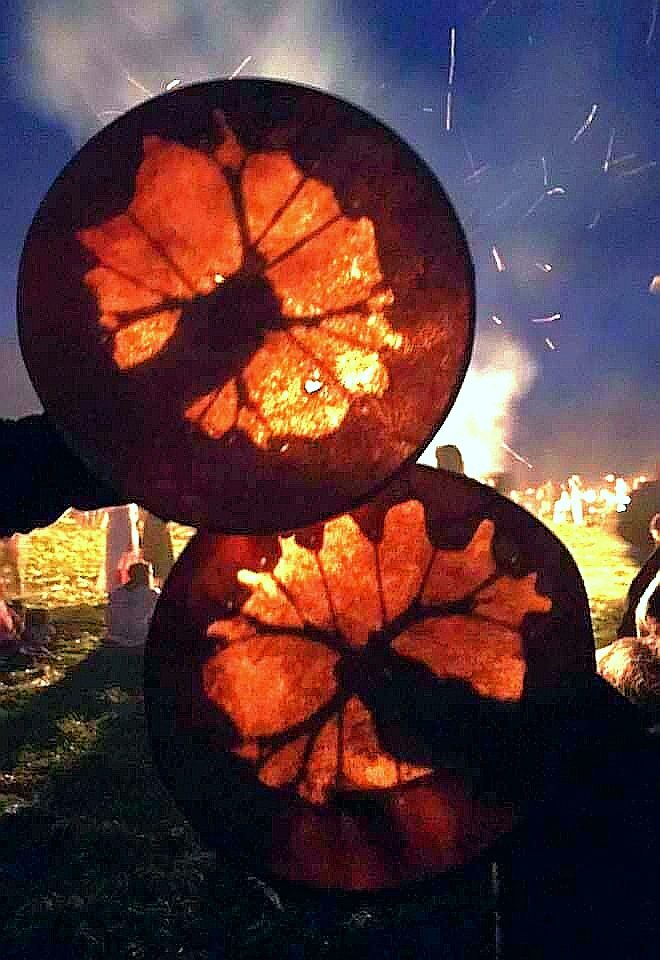 As May filters into June, it is an appropriate time to offer an insight into the ancient hill of ritual at Uisneach in Co Westmeath and what it means to the psyche of the Irish. Uisneach is where Bealtaine is celebrated annually in a ritual fire ceremony that seems older than time itself. Bealtaine Fires have been lit here since the dawn of time, symbolising the very spark of our creation, charting our birth and rebirth. I’ve had the honour of being present at this ceremony several times; but, unfortunately, members of the public have been prevented from taking part in 2020 due to Covid restrictions. Nevertheless, the fire was lit by the Keeper of the Hill, ensuring that not even a global pandemic can halt its potent magic.

Bealtaine, the Gaelic word for May (translated as “Bright Fire, Brigid’s Fire or Baal’s Fire”) marks one of the festivals of the Celtic Druid year. Uisneach Hill rises out of our emerald and verdant island to about 600 feet above sea level. It is so much more than an undulating rise in the landscape though; it’s the very umbilicus of the land, the site to which the navel cord of our very beings is attached to the mother Goddess Ériu herself.

Consider what Mecca is to Islam, what Rome is to Christianity, and you will be close to understanding what Uisneach is to the Irish– but not quite there. This essay will offer several accounts of the significance of Uisneach to the legendary history of Eire and its heralded rulers. Stretching back to the birth of our race, the sacred Hill bears witness to the invasions of Ireland; the mythical battles; the divisions of Ireland; the sovereignty of its Kings and Queens; the congress of the Druids; the place where the great sun god Lugh met his fate, and where Mother Ireland, the goddess Ériu herself, is laid to rest. It’s a very primal place, wild, scenic, and acquiescent to nature. 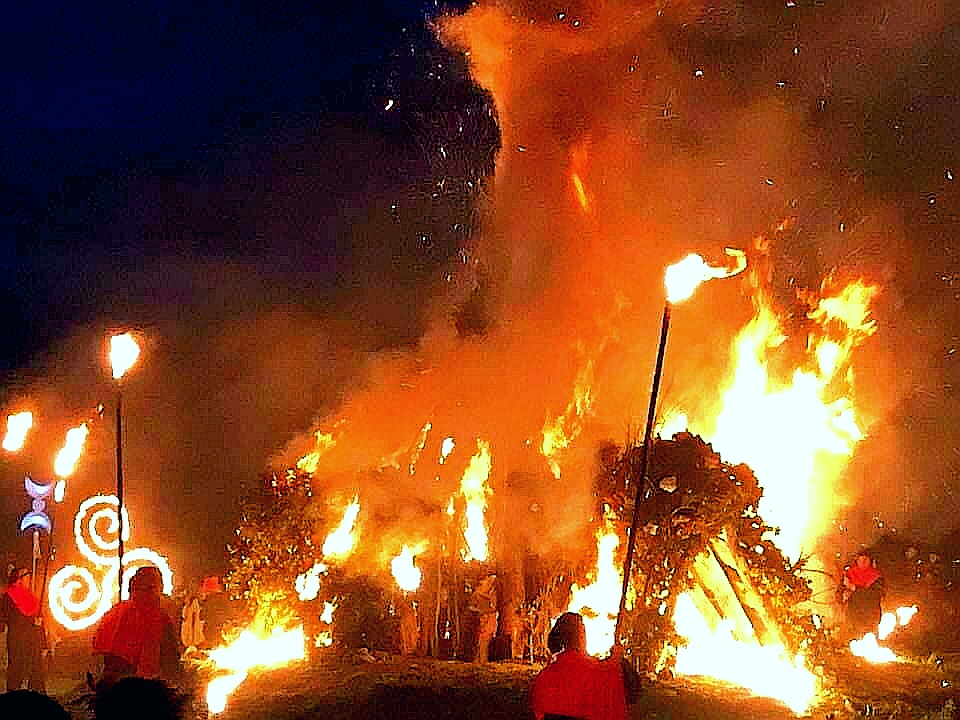 In Gaelic, Uisneach is the “place of cinders,” whose fires are the most sanctified and are imbued with magical properties. Its location is important. Twenty counties have a line of sight to this ancient place, which marks the meeting place of Ireland’s five provinces: Míde, Ulster, Munster, Leinster and Connaught.  Míde denotes the entrance to the otherworld, and can only be accessed at the “cat stone” known officially as “Aill na Mireann” (the Stone of Divisions) at Uisneach. The royal sites of Ireland, the seats of kinship, Caisel, Emain Macha, Dun Ailinne, Cruiachain, and Teamhair, all had a route that led directly to Uisneach and the site of a sacred tree (the Bile Uisnig), and (the mórdáil Uisnig) where Druids held congress. Even today, connected directly to the Hill of Tara, by the Slighe, the modern route, R392, follows the course of this famed ancient road.

Uisneach, said to be the burial site of both Ériu and the Sun God Lugh, is the place where sovereignty was awarded to the High Kings and Queens in a complex ritual performed by the Druids. The Fir Bolg, former rulers of Ireland, divided Ireland into geographic areas with specific designations: “knowledge in the West; battle in the North; prosperity in the East; music in the South; and Royalty at the Centre.” Uisneach stands as the symbol of Ireland that unifies it in its divisions. (Some texts claim that “Aill na Mireann” was ringed by a stone circle, and that these stones were transported by the Druids to Wiltshire in the UK and make up the circle at Stonehenge.) Many of the myths and legends associated with Uisneach have borne true in archaeological evidence, so maybe there is something to the claims.

There is a bit of a Druid in every Irish person. It is there in our DNA, in our collective unconscious. The challenge is in conveying this to the uninitiated. There is a weight of tradition in the Uisneach Fire celebration. Traditionally, rituals were performed to protect the livestock, the harvest, and the people. All other fires would be quenched and relit from the flames of this bonfire. People walked around or in between fires with their livestock and would leap over the flames. Offerings would be left for the Aos Si, who are synonymous with the Tuatha Dé Danann who remained in Ireland in the “other world,” which I will explain later.

Since Bealtaine falls halfway between the spring equinox and the summer solstice, it’s considered to be a liminal time when the veils between this world and the other world are lifted. Notably, The Book of Invasions, Lebor Gebála Érenn, tells us that that the first Bealtaine Fires lit at Uisneach were kindled by the Druid Mide and burned for seven years.

According to legend, Uisneach became the seat of the High Kings and the place where the King had to “marry” Ireland’s mother goddess Ériu. This ritual coupling with the Goddess of the land was the ceremony that gave them sovereignty as Irish Kings and Queens were not crowned. The Dagda, who is the Sun God of the Tuatha Dé Danann, kept a residence at Uisneach, and he stabled his horses there. The Dagda secures the services of the goddess of sovereignty and fathers other sovereign figures like Brigid and Aine. His nickname “Eochu Ollathair” (Horse Father) is connected to his sovereignty because it is the Horse Goddess who confers sovereignty to the king. Ériu was closely associated with horses, and the king-making ritual of the Druids involved a prophetic sleep sewn inside the skin of a sacrificial Mare.

In the present era, archaeologists have discovered these stables on the north flank of the hill, under a wheel-shaped enclosure concealing twin souterrains beneath a paved floor in the shape of the divine Mare, pursued by a galloping Stallion. After the Tuatha Dé Danann were defeated by the Milesians, many left but some chose to stay in Ireland. Those who remained agreed to live beneath the earth, as the Aos Si. They were led by a great King in the west, Finnbhear son of Dagda, who, it was said, reared him from a horse.

In another tale, Ériu, who according to the Lebor Gebála was “older than Noe,” gives Conn the cup of sovereignty in “Baile in Scáil.” When Amergin, the King of the Milesians, mortally wounds her in battle at Uisneach, her dying wish was to be buried beneath Ail na Mireann and that the island be named after her. The Vikings knew Ireland as “Ériu’s Land,”and this is the modern etymology of Eire, Eire’s land and Ireland.

Like Eriu, another divinity is buried on this sacred Hill.  There is a lake called Lough Lugh at Uisneach, where it is said the great harvest God Lugh met his fate and is buried in a cairn known as “Carn Ludach.” As a warrior of the Tuatha Dé Danann, he came to Uisneach to rescue his mother from the tyranny of the evil Formorians. After defeating them and killing their leader, called Balor of the Evil Eye, Lugh became king. Many European cities were named for Lugh such as London, Lïsbon, Loudan, Lyons, and others.

The roots of Uisneach lie lost in the mists of time, but surviving monuments and relics range in date from the Neolithic, early Bronze Age to the medieval period; so it has been a significant site for some five millennia. The lighting of the Uisneach fires is a ritual practice of rebirth, which signals the igniting of fires on many hills across the whole island creating a unique, fire eye, with the Uisneach fire being the pupil. This ritual continues to be re-enacted in a modern invocation. We Irish honour this sacred practice and keep the fires lit. 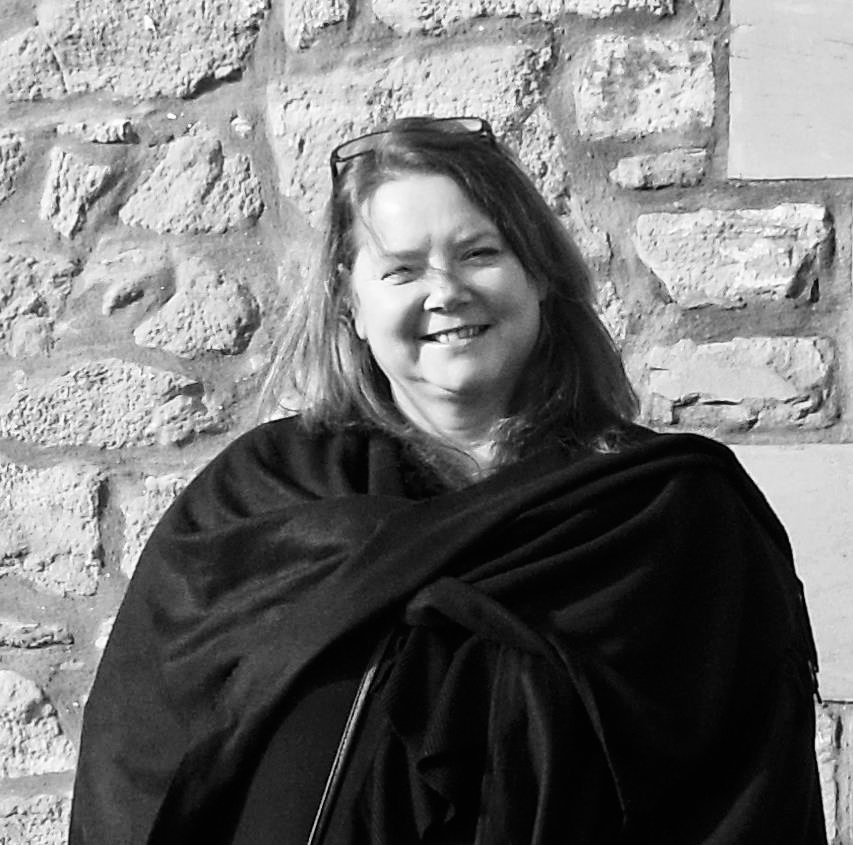 Mawie Barrett is a writer and Librarian, a profession which enables her to totally immerse herself in books. Every morning she opens her door to Slievenamon  Mountain which she calls her mother mountain. She believes that there is a language in the landscape of Ireland that infuses its way into her work.  Torn between writing fiction and non-fiction she veers towards myth and history and often splices both together. She has a BA in Humanities and an MA in Local History