Jack McDonough, a returning contributor to our blog, lives in Tewksbury, Mass. His writing is included in the anthology of the first ten years of RichardHowe.com, HISTORY AS IT HAPPENS: CITIZEN BLOGGERS IN LOWELL, MASS. (Loom Press, 2017). For many years he wrote and edited publications in the UMass Lowell communications office. He’s also a veteran of the U.S. Navy, a former reporter for United Press International, and a big baseball fan.

In the early 1940s, people in the United States covered the top half of headlights on their cars to help prevent enemy planes from seeing and bombing us. As it happened, no one died from enemy bombs.

Today people in the United States cover their faces with masks to help prevent the spread of a coronavirus. Regardless, thousands die.

I have lived in both eras.

I remember many other things about that time of war that lasted nearly four years. The overriding sense was that Americans pulled together to support what was referred to as the “war effort” and to support our “fighting men” in their war against “axis forces.”

Factories that had been making everything from automobiles to refrigerators to lawnmowers began producing planes, ships, tanks, and weapons of all types in astounding quantities.

My father, a machinist, soon began work at the Portsmouth Naval Shipyard making submarines. Gasoline was rationed in those days so workers like my father car-pooled to work. 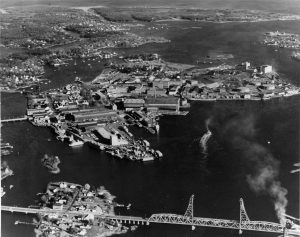 He woke me out of a sound sleep early one morning, shouting out my bedroom window to his car pool friends to go on without him because he had overslept. They refused. I suppose that made them all late that day but that’s the way people behaved then.

Many things aside from gasoline were rationed and things were scarce. Meat was one. Butter was another. My mother could, on rare occasions, buy a piece of steak at Gene Riekert’s neighborhood store but she needed to hand Gene red ration stamps along with the cash to complete the sale.

That was about the time we first heard of something called “margarine.” Margarine came in a box like butter but it looked like lard. A little packet of powdered yellow coloring came with it. You put the margarine in a bowl and mixed the coloring in with a spoon, and you kept mixing until most of the white disappeared. It was okay but it didn’t taste like real butter.

We were all asked to do our part to financially support the war effort by buying “war bonds.” We could buy $25 bonds for $18.75 and wait ten years to cash them in. If  we didn’t have that much money, we could buy 10-cent “war stamps” and keep them in a special album until we had enough to make a bond out of them.

And those headlights? Yes, we covered the top half of each one with black plumber’s tape to foil enemy planes. And we had neighborhood blackout drills. Pull down all the window shades at night to make your homes invisible from the air. Each neighborhood had an Air Raid Warden, a volunteer who wore a helmet and patrolled on foot to make sure your house was dark.

We were never actually attacked from the air, but German U-Boats prowled off the New England shore, sinking American merchant shipping with their torpedoes.

As a child I remember asking my father what kind of stories newspapers printed when there was no war. It seemed to me that every page one article was about military campaigns.

I went back in time recently and looked at some of those newspapers. To my surprise, I found that papers did, in fact, carry reports of civic events, crime, and politics on the front page.

That’s one difference between then and today. Today virtually every story in every newspaper is about Covid-19 and how it’s affecting our lives.

World War II was the biggest event in my lifetime.

In 1942 we could go to work, play with our friends, shop in stores. Invasion by an enemy was a possibility but never a real, honest-to-God threat. Two oceans insulated us from attack.

Today the enemy could live next door.

We wear masks and gloves and stand six feet apart from friends and neighbors. No handshakes. No hugs. No high fives.

World War II affected this country of ours from the end of 1941 until the summer of 1945. It touched our lives one way or another every day of each of those years. But it did not kill us. Not those of us at home.

Covid-19 has lasted only a few months now and thousands have died already.

Buying bonds won’t help. We can only wear masks and wash our hands. 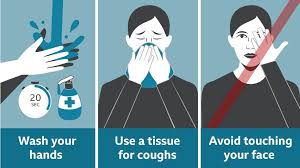