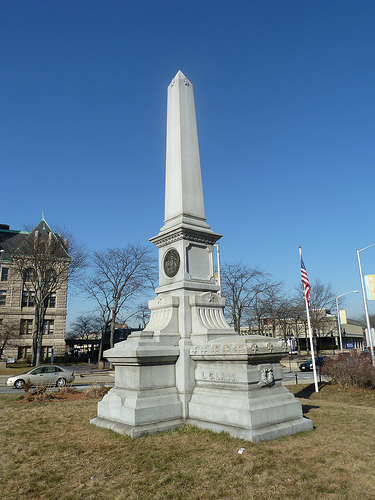 Yesterday was the anniversary of the deaths of Luther Ladd and Addison Whitney, two young mill workers from Lowell who died in Baltimore on April 19, 1861, while serving with the Sixth Massachusetts Volunteer Infantry Regiment. (See yesterday’s post for the story of the Baltimore Riot). The Commonwealth of Massachusetts and the city of Lowell honored Ladd and Whitney by erecting a monument that bears their names along Merrimack Street in Lowell. The monument was supposed to be dedicated in 1865 on the anniversary of their deaths, but the ceremony was postponed due to the assassination of Abraham Lincoln a few days earlier. The monument was finally dedicated on June 17, 1865 (Bunker Hill Day).

LUTHER LADD WAS SEVENTEEN. Seventeen years old when he was killed by a “Secesh” mob. On his way to shield Abe Lincoln from rebel soldiers within reach of the nation’s capital. Luther Ladd was seventeen. A boy from Alexandria, New Hampshire, the Granite State. He followed his three sisters to Lowell, classic Yankee mill girls. He found a job in the Lowell Machine Shop, a high-tech lab. Luther joined the City Guards. He was ready to go when the fire bell called citizen-soldiers to the armory in the Market House Building on Market Street. It was April 17—the country headed for the worst. He had drilled three times a week. The special bell meant “war.” Luther Crawford Ladd was 17 years old. Addison Otis Whitney from Waldo, Maine, was 22. Both were in Company D of the Massachusetts Sixth. Whitney had been in Lowell two years, working in the Number 3 spinning room of the Middlesex Corporation, one of the thousands of New England migrants in the city. 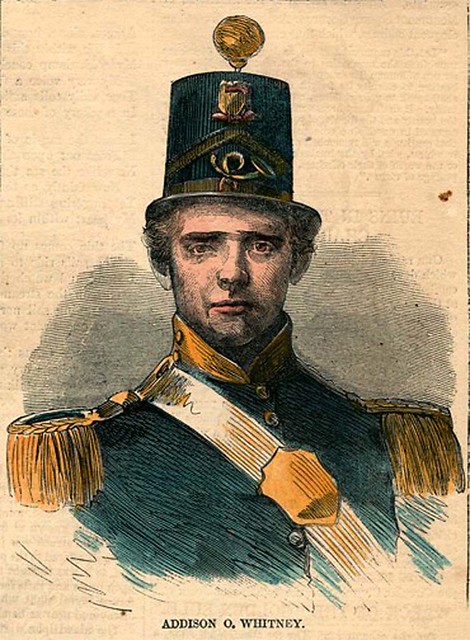 Ladd and Whitney, Sumner Henry Needham of Lawrence, and Charles A. Taylor of Boston, died on the street in Baltimore, Mary-Land. Protestors killed the men from Massachusetts. The first soldiers of the Union Army to die in “the great rebellion,” as Mass. Governor John Andrew called it in 1865 at the dedication of the Lowell Monument. Gray Concord-granite monument. Twenty-seven-and-a-half-feet high. Same look as Washington’s Monument, the shape of Cleopatra’s Needle, 3,000 years before. In June 1865, the Monument anchored Merrimack Square and gave it a new name: Monument Square. Later, a castle-like City Hall added an epic backdrop. 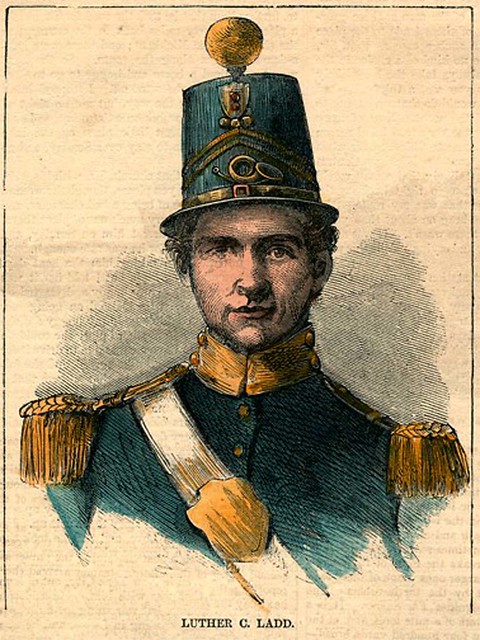 Luther Ladd was seventeen. What did he think? What made him a patriot? We don’t know enough about him to say. He was born three days before Christmas in 1843, and was named for a local minister. His biographer tells us he admired Alexander the Great and our nation’s Founders. “He delighted in farming and nature,” wrote a fellow New Hampshire citizen. He was not tall. We know him by his deeds. He volunteered. He trained. He answered the call. He was killed on April 19, 1861, while passing through Baltimore with his comrades. They wanted to defend Washington, D.C., from secessionist troops of the new Confederate States of America. He showed up to fight in a civil war. He was 17. He was a boy. He was an only son. Mother died when he was seven. Did he admire President Lincoln or was he moved by the Governor’s anti-slavery speeches? Historians report that he praised the U.S. flag with his last words. We have his likeness, an ambrotype made before he boarded the train for Washington. He wore a “tall bearskin hat and a long frock coat with black braid.” He carried a Springfield rifle. One of his sisters kept the original picture . . . which was printed in his biography that sold for 25 cents in 1862. 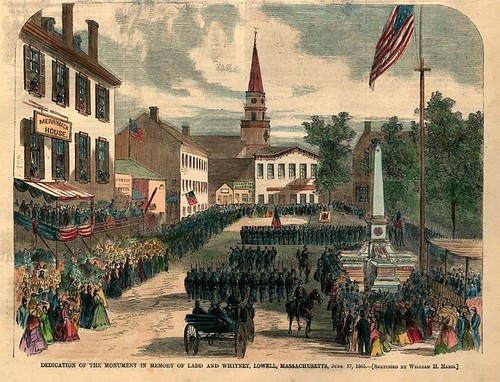 At the Monument’s dedication, the governor called Luther and Addison “martyrs” and described them as “two young artisans” from the city whose motto is “Art Is the Handmaid of Human Good.” More than 4,000 people attended the public tribute. On the day they had left Boston for Washington, one of their fellow soldiers said, “We shall have trouble today, and I shall not get out of it alive.”