The False God of Dow 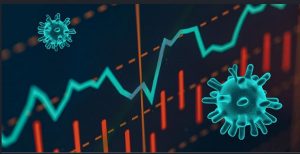 At the height of Cambodia’s economic and military power during the Angkor Period (ninth to fifteenth centuries), when a drought or disease threatened the kingdom’s prosperity and security, the ruler, believed to be semi-divine, a deva-raja or god-king, would summon his high priests to perform a sacred ceremony at his temple mountain (Angkor Wat being the best known example) that enshrined the image of his deity. During these rituals, it is believed that apsaras (dancers), who served as messengers between the earthly and heavenly realms, would convey lavish offerings to propitiate the deity with whom the deva-raja was identified. If successful, the ritual would restore the kingdom’s prosperity and renew the people’s loyalty in their sovereign. In the days following the ceremony, the people of Angkor, one of the most populous and power polities on earth at the time, would look toward the heavens in anticipation of the life-giving rains that would reinvigorate their rice fields and bring daily life back to normal again. As long as the rains returned, the deva-raja could rest easy knowing his divine power remained intact.

Today, as the Covid-19 pandemic threatens the health and prosperity of the US and the world, our own self-proclaimed deva-raja has similarly summoned his high priests to propitiate our capitalist god Dow, who resides at the 11 Wall Street temple mountain and with whom the god-king identifies himself.  Make no mistake, the two trillion offering procured by his high priests has the primary underlying purpose of propitiating the God of Dow, on whom we believe our civilization’s livelihood depends. Each night as we watch the nightly news programs report the growing number of infected and dead, we keep an eye toward the bottom of the screen where the red-and-green pulse of Dow displays his pleasure or dissatisfaction with our latest offering. Meanwhile, unsure of Dow’s response, our deva-raja and his priests busy themselves to prepare the next offering to propitiate the insatiable god and restore the people’s loyalty in time for November’s referendum.

The great Angkor empire eventually declined in the fifteenth century and the Khmer people were forced to abandon their great city and move south. They adopted a new system of belief based on mindfulness, compassion and generosity that replaced it previous warrior culture and continued to produce great works of art and literature. The Khmer people have endured over the centuries, and so shall we when we likewise abandon our dependency on the false god of Dow and seek a different way of living.

One Response to George Chigas: A Parable