Our new correspondent Sierra DeWalt is in New Zealand on a study abroad program. We asked her to send her thoughts about being overseas during the coronavirus crisis. She is a junior at Chapman University in Orange, California, with a double major in English and Screenwriting. She grew up in Ayer, Mass., and attended Middlesex Community College.–PM 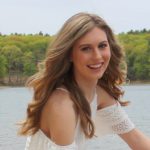 Reflections on the Pandemic from New Zealand

By Sierra DeWalt
SOME PEOPLE SAY the world has turned on its head. Sometimes it feels that way. When you go outside, the roads are barren and you only run into a handful of people who seem to be avoiding you. These are the times you think back on lessons you’ve learned.
At Middlesex Community College, I learned a valuable lesson that I have always carried with me. I took classes with people from varied backgrounds, cultures, age groups, genders, countries, and political spheres. I heard opinions on many subjects and I saw them debated. I witnessed people connecting on deeper levels. What I learned is that people can surprise and impress you at the most unexpected times.
I’ve never felt that more than right now. In New Zealand, I am all the way around the world from my home in Ayer, Massachusetts. You’d think the way people are handling the pandemic would be different in places so far away. Yet, people here are behaving similarly to how I imagine they are in Massachusetts.
We’re under lockdown. This means we can only leave our house to go to the pharmacy, get groceries, or go for a walk/run nearby. I live in a house with other international students: two from the United States, one from Japan, and one from Austria. We spend most of our time in the kitchen or in our rooms, which gets lonely. What we’re going through is not unique.
Naturally, people feel caged in. So they go for runs or take their thoughts and feelings online. Couples and families, old, young, and in between, walk together through the Wellington Botanic Gardens, each keeping in their little bubble. Each group is noticeably different, yet somehow the same.
We may be from different backgrounds, cultures, ages, and genders, but one thing everyone shares is the need for human interaction. The innate desire for a conversation, a smile, a hug. We crave it now more than ever. You can see it just by walking down the streets. People holding hands in their bubbles of safety. Laughter shared, and not just shared but relished. The excitement of kids at just being outside.
“Ich komme!” a child screams. Her little legs bump along in red fleece pants. Among the roses in the garden is the laughter of the children and their dad and the loud, ringing calls as they play hide-and-seek.
There are only a few others in the rose garden, spaced out on benches. Some read books, others merely soak in the sun. The German family take turns counting, laughing with abandon when one of them is found.
The father tires of the chase and sits down, his arm around his wife, The children wind their way through the garden, choosing with care which color flowers to pick. An elderly couple on a nearby bench exchange smiles as the littlest child puts a flower on the bench.
Even in this uncertain time, everywhere you look, everything you see shows the depth of human connection. Despite feelings of loneliness, people are reaching out to others all over the world. Whether you look online or in your neighborhood, human connections are there. Italian neighbors singing in their balconies, families dancing together, children laughing, poems being read, and hopeful messages to brighten up a stranger’s day.
Socially distant? The world is more connected now than ever before.

4 Responses to Sierra DeWalt: A View of the Virus from New Zealand