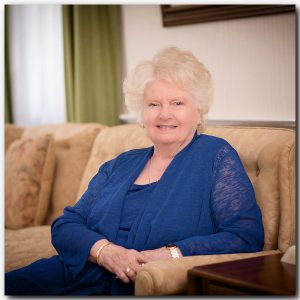 THIS MORNING A TWEET from Dan Rather took me way back in time to Spring 1953. I was in the fifth grade—in Sister Mildred’s class—a double-grade that included some sixth graders as well. In fact, brothers Billy and Joe Sweeney were my classmates as were Leo White, Larry Wheeler, Joyce Collins, Joey Burns, and so many others. I was ten years old. I walked to the Sacred Heart School every school day from 99 Seneca Street where we lived just at the edge of a cluster of Veterans housing. As we got to Stromquist Avenue, our walker group grew with the Borst twins, the Kokinos brothers, the Slavins, and probably some Faddens, perhaps a Collins or Sheedy. Ma, Dad, me, brother Jimmy who was eight years old, Billy who was just six, and Agnes, three years old, and at that time my maternal grandmother, Tillie Deignan, lived in that recently constructed housing, a two-story end unit across from a fenced yard with two resident peacocks.

Dad was a breadman for Nissen who had an early time-call with Diamond Taxi—a cab picked him up sometime after 4 a.m. and took him to the Strand Garage on Market Street where he would load his truck with bread and other baked goods which came via trailer truck from the JJ Nissen Baking Co. in Maine. He was getting ready for his daily delivery route. Funny that his route was familiar stomping grounds, including all the variety stores/markets in the Grove, Swede Village, the Flats, Back Central area, lower Highlands and more—Quealey’s, the Stolpyne Market (Ed LeLacheur), McNamara’s Market, Nichols’ Variety (owned by Bill Martin’s grandparents), Joe Bigos’ Variety, the old Demoulas store, and even a store owned by Zenny Sperounis’ dad. Then Dad was up and out early to drop off his goods even before the stores opened. He would stop for a breakfast at one of his many favorite diners or lunch carts and then retrace his drive to the now-opened stores to load up the bread racks and shoot the breeze a bit with the proprietor or clerk as they checked the receipt of good delivered. A favorite stop was Quealey’s store at Lenox and South Whipple streets where owner Dave, Sr. held court! Dad was very outgoing, a natural salesman, and very well-liked. By the way, he could add a string of numbers faster than an adding machine!

Note: We had no car. We rode on the Eastern Mass. bus or walked or we got a ride or went for a ride with either our Aunt Pat Deignan or Uncle Bobby Deignan, especially when Nana lived with us. I remember a bus driver strike during this time.

In those days Ma was a homemaker, but she worked part-time and later full-time over the years. Trained as a bookkeeper, she was a skilled cook and baker, at one time a pastry “chef” at Manning Manse and for 25 years a bookkeeper for two nursing homes. In the early 1950s, she was at home— Agnes was a toddler—but Ma was very involved in school and parish activities. Dad was also active with the parish, which was his family parish growing-up. His grandfather was a founding parishioner. Nana and Papa Kirwin, our aunt Mary (Auntie Mimi), the great aunts, Jennie and Agnes Kirwin, the Blossom Street Kirwin cousins still lived there. Nana Deignan lived with us for about a year or so, and perhaps, it was because of me.

Why this long-narrative? It sets the stage for what happened to me and to all of us. This is the Dan Rather tweet that triggered my memory.

I was bedridden as a child with rheumatic fever. I could hear my parents’ words of worry as they spoke in hushed tones. But to me, they instilled a sense of purpose and hope. A particular inspiration came from a poem that steeled me then, and many moments since: “Invictus.” (it was also a video and he read the poem).

Early in the Spring of 1953, I wasn’t feeling well, was listless, tired. The diagnosis was strep throat. I was put on doses of penicillin. Seemingly okay, I went back to school. Then I remember having a sore toe and not being especially active but more a paper-doll person. I didn’t remember stubbing my toe or falling. My mother was especially close to her aunt Helen Burke Mac Lean, a highly respected nurse. She must have been involved in the situation as I was diagnosed by her good friend Dr. Samuel Dibbins as having rheumatic fever. I never returned to the Sacred Heart School or my classmates*. I can only imagine how my parents, who were only in their very early thirties, reacted.

I have no exact memory of their conversations. I am sure they were whispered or private. I was their eldest child, fairly responsible, and the “leader” of my siblings, the oldest grandchild. Life for my parents and my siblings was upended. The treatment in those days was exact. I spent three weeks in the pediatric section of Lowell General Hospital on a regimen of penicillin and aspirin, on strict bed rest with close watching of my temperature.

When I was allowed home, I was carried upstairs to my prescription of total bed rest, a daily aspirin, and daily, periodic taking of my temperature. It was my job to keep track of the temps in a marble school notebook. I was religious in my temp-taking and recording the results. I look back now and see that it was a way for me to be a participant in my recovery. The deal was one-year in bed or at least at rest, no school, no church, no activity, just a passive passing of time. I was already a reader, but that year made me appreciate my love of reading even more. It saved my life, and changed my life.

I had visitors, not being contagious. Family, of course! One of my stalwart visitors was Bobby McNamara who lived across the way with his parents; his dad Jim worked nearby in St. Patrick’s Cemetery. Although a few years older, he would play cards with me, talk about who knows what. I was ten and he was probably thirteen. He had a quiet, gentle way about him and I like to think that he developed his bedside manner with me before he later went to medical school!

My godmother Rita Deignan Karosas kept me supplied with many books. As a sewer, she made sure I had projects. At some point I was allowed out of bed but could not walk down the stairs. As Dad was gone so early as I described earlier, it was my mother who carried me down the stairs. We did a piggy-back thing most mornings. Dad would do the return trip in the evening.

By the fall of 1953 with sixth grade impending, I was assigned a home-school teacher/tutor by the Lowell Public Schools since I could not return to the Sacred Heart School. Miss Eleanor Carmichael arrived twice weekly by cab and guided by the SHS curriculum and her own experience, she taught me well and thoroughly. I loved her approach, strict but with a velvet glove. Later in the spring of 1954, after we moved to Burnham Road, another tutor finished the year. I don’t remember her name. By the time my bed rest/little-activity prescription was over, they had prepared me to do quite well in the seventh and eighth grades at the Immaculate Conception School. Nana was always there during my schooling. She was also my companion as we watched day-time TV (there was little of it), including the Army-McCarthy hearings in early Spring 1954. She was an active, dedicated Democrat with strong points of view, quite appalled by Joe McCarthy, a Republican but a Catholic. I was eleven years old but used to political discussion and positions. We were a political family, local and state politics.

I shared my room with my grandmother. She was a wonderful, loving, smart woman of great faith and patience. As I think back, she was a role model not only for her Democratic Party activity but also as a founding member and officer in the AOH-Division 46 Auxiliary, and for her love of music and her faithfulness to her church and to her family. Born in 1900, she was a traditional homemaker who got fully dressed every day from foundation, stockings, house-dress, sometimes an apron, house slippers, always coiffed with a lightly powered face. I would watch her morning ritual,  just fascinated. She and my grandfather Jimmy Deignan raised three sons and three daughters. Tillie was widowed in 1948 when her beloved husband of twenty-nine years died of complications of lung surgery. She was very close to her siblings and her parents whom she predeceased, dying so young in 1957 as she succumbed to oral cancer.

I never really spoke with my parents as an adult about how they felt about my illness, about how it was to have a bedridden child, about how it affected my brothers and sister (Patti wasn’t born until 1955). How did they cope? I was one of those kids who listened to adults but conversations from that time about me are a mystery to my memory.

So, to circle back to the Dan Rather Tweet. In a similar circumstance his memory of his parents, that “they instilled a sense of purpose and hope,” resonated with me. My parents and my grandmother were strong, purposeful, and without question sure that if I followed Dr. Sammy Dibbins “prescription” all would be well in time.