Mike McCormick sent us this memory piece from Eagle River Alaska, where the Haverhill native has lived for many years. I met Mike a few years ago through our mutual interest in Jack Kerouac, the Red Sox, music, and writing in general. Mike is a legend in the Northwest, having promoted “more than 500 concerts with 300 artists,” according to a newspaper article in 2011, which you can read here.  We look forward to more contributions to the blog by Mike, who has a million stories to tell. — PM 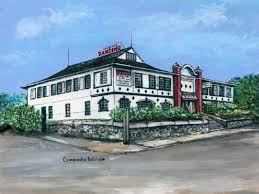 First Trip to the Commodore

RAIN PELTED DOWN AS AL, his brother Ken, and I boarded the Trailways bus outside the drugstore in Haverhill’s Railroad Square. The ride would get us to Lawrence, nine miles upriver, where we’d catch a bus the final eleven miles to Lowell, where The Young Rascals were playing at the Commodore Ballroom. We weren’t exactly sure how we would get from the Lowell bus station to the Ballroom. If it was close enough we could walk. Or in a worst case scenario, hitchhike.

The bus left us in Lawrence in front of another drugstore that was closed up for the night.

Cold rain still pelted down. After waiting in the dark twenty minutes, our spirits dived into gloom. We wondered if we ‘d missed our bus connection.

We started to discuss how to hitchhike to Lowell.  We weren’t absolutely sure about the route to the Commodore Ballroom.   We decided we would have better luck if we got a little ways from the bus stop.  We started walking.

Almost immediately, headlights from behind washed over us.  The hiss of rolling car tires on wet pavement rolled our way.  A large black sedan pulled up and stopped beside us.  The driver, a man who looked to be a few years older than Al, rolled down the passenger window and asked us if where we were heading.

Al told him we were waiting for the bus to Lowell, but it never showed up.  He assured us that there used to be a bus, but it didn’t run anymore.  He wasn’t doing anything though, so he would happily give us a ride to wherever we were going.

Ken and I piled into the back. Al got in the front beside the driver.

I’d never hitchhike a ride before and was nervous. Dad and Mom had often told me never to thumb a ride. They said there were stories in the paper all the time of people being kidnapped by drivers.

As we pulled away, Al turned towards me and started talking in a louder voice than I was used to hearing him speak in. He stated that his boxing lessons at the Golden Gloves Boxing Club were going great.  He was training hard in preparation for his upcoming fight.  He was lifting weights and running too.

Before I could say more or ask questions, Al turned back around and started talking to the driver with small talk about music and The Young Rascals. 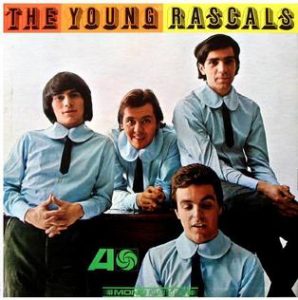 I tried to relax as I listened.  I’d never heard Al talk so much. The driver mostly drove in silence.  I looked out the window. I thought we were on the road along the Merrimack River. I tensed up when we passed through stretches of absolute darkness.

I was relieved when we began encountering more traffic and passing houses and businesses.  I had no idea where we were when, after what seemed like hours, the driver slowed to a stop.  “Here you are,” he said.

We bolted out of the car. As the sedan sped away I turned to Al.

“ Al, that’s really great that you are boxing. You never told me before.”

I looked at him quizzically.  “What?”

As we approached the Commodore’s staircase, I felt as of I’d arrived at a palace. With the exception of two Catholic churches, the four-story building dwarfed than any structure in our hometown of Haverhill. The Commodore had a peaked roof, large windows along its third floor side, and a single attic window tucked under the eves at the building’s front. A huge sign saying Commodore Dancing identified the place and it’s long time chief function for all who passed by.

Amusement park impresario Carl Braun bought and converted the building from a roller skating rink to a dance hall in 1924.  He called it The Kasino. He envisioned a ballroom similar to the one at the nearby Canobie Lake Amusement Park, where he also had an ownership interest.

Music lovers flocked to Braun’s business, renamed The Commodore Ballroom, to dance to local and regional big bands. In time, the likes of Duke Ellington, Count Basie, Tommy Dorsey and Louie Armstrong attracted fans, some who traveled by train before the era of interstate highways. At its peak, The Commodore hosted dancing seven days a week.

Attendance slumped when big bands declines in the 1940’s. But in the late 50’s, with the ascension of rock and roll, The Commodore and other dance halls throughout the country got a new lease on life.

I’d never been to a dance hall, or concert hall of any kind. When we hurried through the doors past velvet drapes and coat check counters, I felt like I’d landed at a classy place.

The dance hall was palatial. It was far bigger than the Boys Club ‘s gym where we played basketball; bigger than the Catholic High School gym where I’d attended my one previous concert with The Lovin Spoonful.

We wove our way into a throng of people standing nearest the gigantic stage, big enough to hold an entire orchestras in the big-band era. The Rascals’ gear was set and ready to go. Felix Cavaliere’s Hammond organ, set sideways, waited on a riser to our left. Dino Dinelli’s drum kit, with the words The Rascals emblemized in red on the front of the bass drum, sat on another riser to our right. Two microphones had been placed in front of the risers near the front of the stage; the one on the right for singer and percussionist Eddie Brigati. Canadian born guitarist Gene Cornish would locate himself in front of Dino.

Moments after the band walked on the stage to cheers and applause, Felix lit into a cluster of chords on the organ, Dino whacked a drum and The Rascals fired into “Do You Feel It?” The song, the only number band members penned on their first album, ignited the audience (to be continued).

2 Responses to Mike McCormick Essay: ‘First Trip to the Commodore’