Theresa Batalogianis or T. R. Monaghan for the literary world is our new addition to the “Literary Lowell+” growing catalogue of writers, poets, playwrights, historians, and others who are working with words and books in the area. She wrote to us to tell us how she wrote and published her first novel, Sweet, Sweet Jayne, available now at amazon.com and through other outlets. She lives in Pelham, N.H., and is already working on a follow up book, more crime fiction. Her journey from aspiration to idea to finished book should be encouraging for anyone who is thinking about writing a book.— PM 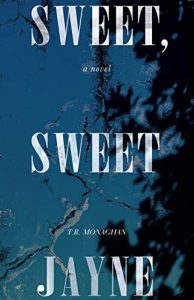 Theresa told us about herself: “I have traveled a different path than most to become an author, but I have one thing in common with all writers–being a reader. There is no associate’s degree, bachelor’s degree or master of fine art’s degree in my background. I am a first-generation Irish American who followed the example of my parents and siblings, and whiled away my youth reading.

“My first novel, Sweet, Sweet Jayne, is set in 1971 and 1972 in Lowell. The story was inspired by the city I love and the memories from my friends of their youth. My title character, Jayne Ranney, finds herself adrift after many setbacks: her father’s accidental death, her brother’s incarceration in the Billerica House of Correction, her mother’s abuse and neglect. Hope of a more stable future emerges when Jayne becomes embroiled in Lowell’s underworld, hired at fifteen as a runner by the city’s preeminent bookmaker, Galen ‘the Greek’ Stathakis.” 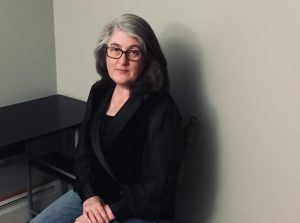 Here’s the book synopsis from the amazon.com listing:

Who is to say who holds the moral high ground? A protective man engaged in the criminal underworld, where loyalty is the law? Or an agent of the law who breaks any number of oaths without compunction?

Two years before the establishment of the federal Drug Enforcement Administration, in the summer of 1971, Richard Milhous Nixon sends a handful of federal agents across the country to gather data and research ways to combat the scourge of drug abuse.

Meanwhile, in the hardscrabble mill town of Lowell, Massachusetts, Jayne Ranney, fifteen and from a disbanded family, finds herself adrift after many setbacks: her father’s accidental death, her brother’s residence in the Billerica House of Correction, her mother’s abuse and neglect . . .

Hope of a stable future emerges when Jayne’s hired as a runner for the city’s preeminent bookmaker, Galen “the Greek” Stathakis, operating out of the Skillet Bar. With the Greek and his gang–Tao Mann, his bartender, and Jimmy Tennyson, returned from the war in Vietnam–she hopes she can finally find stability as she learns about trust and a different kind of family.

But when her life is in the crosshairs of crooked FBI Agent Thomas Archibald Curry, and the stakes rise, will Jayne find she is on her own once again?

“My greatest pleasure in writing this manuscript was holding long discussions with friends who grew up in the area,” Theresa says. “One of those friends was a rookie police officer in Lowell in the early seventies. He had many stories to share and he was able to expand on the newspaper articles I read on microfilm at the Pollard Memorial Library.”
“Every step in publishing was a learning one. From starting Cnoc Máirtín Press ( Cnoc Máirtín means Martin’s Hill in Irish Gaelic) to working with a friend who donated his time to edit my manuscript, to hiring through Reedsy, a copy editor, proofreader, and a designer for the cover and interior of my book, and lastly to navigating the publishing avenues from Amazon to Draft2Digital to Ingram Spark. I have started work on my second crime novel, currently untitled. It will be a return to Lowell in 1980.”

2 Responses to Novelist Theresa Batalogianis: From Reader to Writer–She Did It