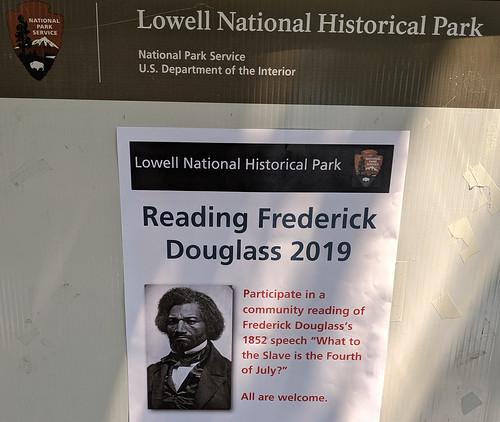 Yesterday at noon 80 people gathered at St. Anne’s Church on Merrimack Street in Lowell to listen to and participate in a public reading of “What to the Slave Is the Fourth of July?” a speech originally delivered by Frederick Douglass on July 5, 1852 to the Rochester Ladies’ Anti-Slavery Society in Rochester, New York. 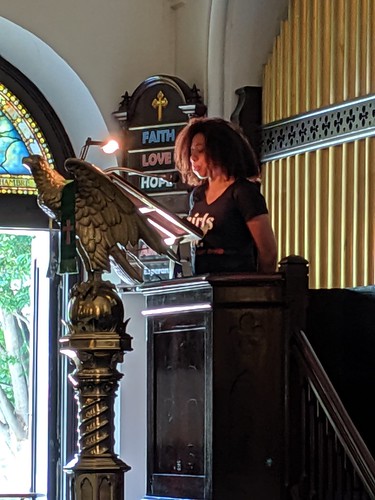 Maritza Grooms of Girls, Inc., reading a portion of the Douglass speech.

Community members yesterday took turns reading paragraph-long sections of an abridged version of the speech. (The full text of the speech is available online). Reading the speech in its entirety is startling. Douglass places himself outside of the group of American listeners, driving home the point that while the Declaration of Independence brought freedom and liberty for white Americans, it did nothing of the kind for those Americans who were enslaved.

Much of the focus of the speech is on the consequences of the recently-enacted Federal Fugitive Slave Act which made it a crime for all Americans to fail to assist “slave catchers” in their pursuit of those who were fleeing slavery. (For some context, Abbott Lawrence, a Lowell mill owner, in a letter to an acquaintance wrote that the Fugitive Slave Act had transformed moderate Northerners into “raving abolitionists” overnight, counting himself as one of those so transformed). 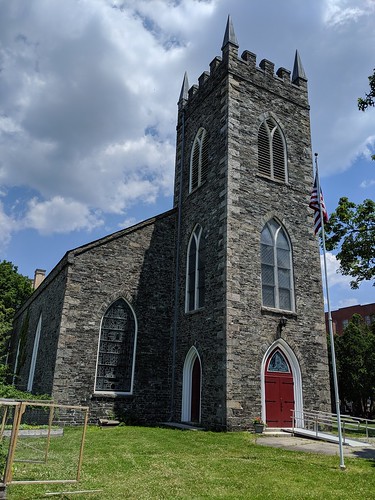 After his own escape from slavery, Frederick Douglass lived in Fall River and then Lynn, Massachusetts, before moving to upstate New York. David Blight, in his Pulitzer Prize winning biography, “Frederick Douglass: Prophet of Freedom” (2019), makes frequent mention of the many visits by Douglass to Lowell which, as the second largest city in Massachusetts with a strong abolitionist movement – St. Anne’s Church was the headquarters of the Lowell Anti-Slavery Society – was a natural destination for Douglass and others who spoke out against slavery.

Yesterday’s event was organized by Lowell National Historical Park and hosted by St. Anne’s Church. This was the second consecutive year for this event in Lowell. Hopefully it will become an annual tradition that draws more and more people. It touches on an aspect of Lowell’s history – the strong abolitionist movement in the face of extreme economic dependence on southern cotton picked by enslaved people – that deserves far more attention than it has received.