Our far-flung correspondent Down East in Maine sent us a new poem. Tom Sexton of Lowell and Alaska and Maine reports that he gave a poetry reading to a capacity audience at his Atlantic Coast-base in Eastport, the youngest attendee checking in at about 60 years old. I say, You take them when you can get them. Not too many poetry readings in Harvard Square draw 80 people. Readers will remember that Tom is a Lowell High School alumnus who can be found in the school’s hall of fame. Some years ago, he served a term as Poet Laureate of the state of Alaska. He assured me that Governor Palin did not appoint him. Tom is profiled in the new issue of Merrimack Valley Magazine, an article by Emilie-Noelle Provost with photographs by Kevin Harkins. It’s a gang’s-all-here production for this feature. This new poem is classic Tom Sexton, it’s own kind of community prayer like the one he notices in the final line.–PM 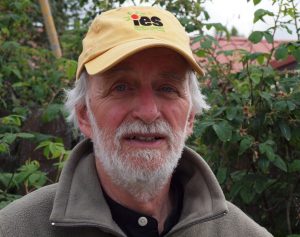 In Praise of the Graveyard Shift

Whoever named it never walked out of an old brick

building at 6 a.m. to bird song and a sky not blue

but white like a china plate used only on holidays,

or watched the stars overhead during a break,

it appear almost new, or felt cold chrome on their palm

that paid the bills and left a little over for the ponies.

Whoever named it never stopped at the small diner

down the road, the bullet-shaped one on a river bank,

where after your face was known, a waitress would

set your mug of coffee with cream and sugar down

on the counter before you then scribble your silent

order on a blue-lined pad, a kind of benediction.