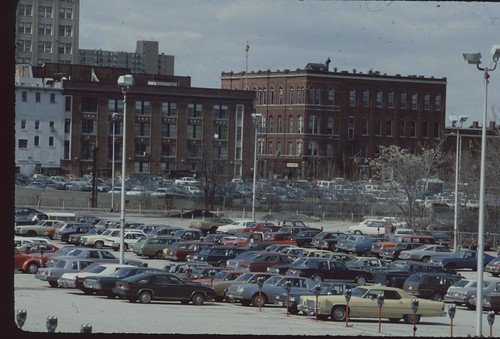 Discussion of two proposed modifications to the city’s zoning code dominated last Tuesday’s Lowell City Council meeting. Both involved parking and both were rejected by councilors. The first would have eliminated the parking requirement for a microbusiness, meaning a business in a small space with few employees. This amendment was intended to help with the creation of small businesses in downtown and other congested areas where parking spaces are either very expensive to construct or not available at all. Councilors opted for parking availability over business creation and rejected this amendment.

The other failed amendment would have changed the way that the distance from a dormitory building to a public parking garage would be measured. The existing code requires the two structures to be within 1500 feet of each other but specifies that the distance be measured as a car would drive it. The sole purpose of the proposed amendment was to change the method of measuring that distance to a straight line as determined by GIS technology. Councilors rejected this proposal not because they are hostile to straight line measurement; but because they are hostile to the underlying provision – the 1500 feet from living quarters to parking – that has been in the city’s zoning code since 2004. The basis of the hostility to this distance allowance was that dormitory residents would park their cars on nearby neighborhood streets rather than at distant parking garages.

Setting aside the fact that most college dormitory residents do not have cars and that it is commuter students who are parking on neighborhood streets, this debate demonstrated once again the preeminence of parking in Lowell city government’s concept of urban planning. In some ways, this elevation of parking above all else is a proxy battle in the never-ending struggle over Lowell’s identity – are we a city or are we a suburb? Because if we’re a city, every trend in urban planning in America is towards loosening parking requirements.

This urban trend of reducing parking requirements is not just a matter of promoting bike lanes, walkability or public transportation, although those are all a big part of it. The major driver of this trend is that technology is even now changing the car culture that we’ve known for more than a half century.

My latest research project is studying daily life in Lowell a hundred years ago. The result will be Lowell in World War One, a book out next fall, co-authored by Eileen Loucraft who writes the Lowell Doughboys blog, and published by Paul Marion’s Loom Press. 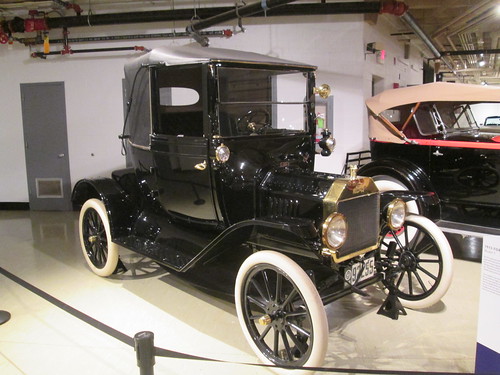 Besides everything else that was going on (i.e., a world war), the years from 1914 to 1918 were a time of enormous technological change in Lowell. Street cars were a constant and served the transportation needs of most people, but in 1914, most traffic accidents and street congestion involved horse-drawn wagons and carts. By 1918, the automobile had replaced the horse. Predictably, society struggled with how to use and regulate this new technology. Were police officers supposed to enforce the speed limit, or was it someone else’s responsibility? Should “jitneys” (that era’s Uber and Lyft) be licensed and if so, by whom?

I think about this century-old technological transition every time I read an article about self-driving cars, because I believe we are at a similar tipping point today with the coming of autonomous cars. Given some of the drivers I encounter on the road – especially those stealing a long glance at their cell phone as they veer into my lane – I can’t wait for computers to take the wheel. Self-driving cars will radically change the way we get around, but they will also revolutionize the way we park. 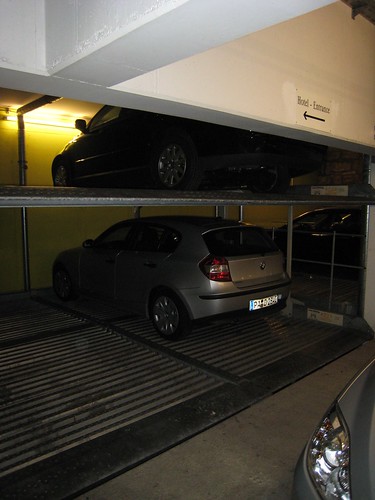 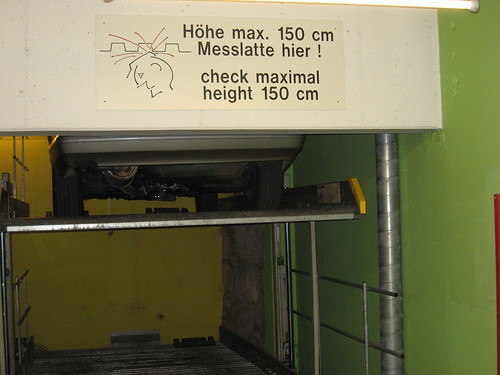 A self-driving car will need much less room to park. The driver will have gotten out long before the vehicle pulls into a space, so there will be no need to open doors. That means cars will be able to park as close as four inches apart, greatly reducing the overall space needed for parking. Similar changes on an even bigger scale will take place with where parking is located. 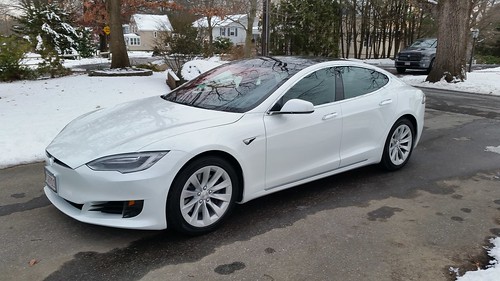 2016 Tesla – a software upgrade away from fully autonomous driving

Are self-driving cars inevitable? I think they are. I recently replaced my six year old vehicle with a 2018 Kia Optima, a wonderful car at a great price, but hardly a Tesla. Still, with all of its sensors, cameras and automated systems, the next leap to fully autonomous is easy to imagine.

Consider a new downtown residential apartment or condominium in the planning stages today. If your autonomous car can drop you at the front door of your apartment complex then drive a half mile to a parking garage and park itself, why should we require onsite parking and thereby increase the cost of the development to the point of fiscal unfeasibility? Self-parking cars may not be with us today, but they absolutely will be in our midst ten years from now, more likely five. As we have seen from the Hamilton Canal experience, major developments can take a decade or more to come to fruition. Shouldn’t we at least be discussing what the rules should be ten years from now rather than reflexively limiting ourselves to life as we have lived it for the past fifty years?

I’m not advocating that we tear up our zoning code as it relates to parking requirements. What I am saying is that we are today making decisions about new parking garages that cost $35,000 per space without even considering the coming implications of autonomous cars. Should we be committing ourselves to 20 year bonds for expensive new parking garages when autonomous vehicle technology could make those garages obsolete in half that time? That doesn’t make a lot of sense.

In addition to these easily imaginable changes that autonomous cars will bring to parking, some believe that self-driving cars will make the entire concept of parking obsolete. Unless you’re a visiting nurse or a UPS driver, how much time do you spend driving your car? Most estimates say the average car is vacant 95 percent of the time. That’s a fair estimate for my vehicle.

Those who theorize about self-driving cars imagine a super fleet of shared autonomous vehicles which will pick you up where you want, when you want, and deposit you at the door of your destination with no effort on your part – and with no need to worry about where you are going to park. I don’t believe that such a service will eliminate privately owned motor vehicles entirely, but it very well could allow families that now have two or more cars to reduce that number to one.

Reducing the number of cars in use each day, and using those in operation more efficiently, are the keys to reducing traffic here in Lowell. We’re not going to solve traffic congestion at the Rourke Bridge by widening the Rourke Bridge. Experience tells us that widening roads and bridges just brings more traffic to the roads and bridges. Instead of having two lanes of bumper to bumper traffic, we’ll have four.

From time to time in this space I’ve been critical of the city council for a lack of strategic planning. This issue – the coming impact of autonomous cars on parking and traffic in Lowell – is an example. Within a decade, autonomous cars will radically change how we use our roads and our need for parking. In terms of urban planning, a decade is a blink of an eye, yet no councilor has raised this issue, much less initiated a meaningful discussion about it.

Maybe the incoming city council will form a subcommittee that studies how new technology will change Lowell. The future is not here yet, but it is coming rapidly. Our planning should reflect that, not ignore it.

Besides using its own planning staff, the city council should enlist UMass Lowell to help the city prepare for the future. Back in March, I attended an event at the UMass Lowell Inn and Conference Center. It was the annual Distinguished University Professor lecture which was delivered by Professor Robert Forrant.  In his remarks, Bob covered a number of topics, but the one that stood out for me was his advocacy for an Innovation Hub for the Humanities, Fine Arts and Social Sciences. He described this innovation hub as “a place where faculty and students from those disciplines could come together, collaborate, interact with the public, and attack the ‘big problems’ of society such as access to education, job creation, income inequality, and many others.”

Parking and traffic congestion might not raise to the level of education, job creation and income inequality, but they have a profoundly negative effect on our economy and the quality of our lives. The more we can embrace new technology and coordinate our planning in ways that are consistent with that new technology, the better off we will be.

Lowell was the Silicon Valley of nineteenth century America. Innovation is part of the city’s DNA. We should be leading the way in understanding how this coming wave of new technology can be used to solve our problems, not ignoring it.