On Thursday, December 7, 2017, I was one of the speakers at the Greater Lowell Veterans Council Pearl Harbor Day remembrance ceremony held at the Lowell Memorial Auditorium. Also speaking were Mayor Ed Kennedy and State Representative Dave Nangle. The choir from the Butler School attended and sang a number of patriotic songs. Here are my remarks: 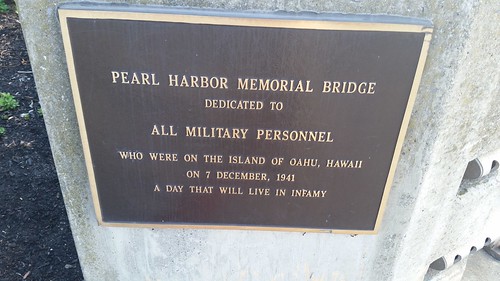 One reason the Japanese undertook such a bold and risky mission was because their naval commander, Admiral Isoroku Yamamoto, knew America well. He had spent two years studying at Harvard, had served as a Naval attaché in Washington, and had traveled extensively around the United States. He knew first hand of the industrial might of America.

The Japanese pilots wrote something else in those after action reports. They wrote of their amazement with how rapidly and accurately the Americans on the ground fought back, despite being completely surprised by the attack. The heavy anti-aircraft fire coming from the ground shot down a number of Japanese planes and disrupted the aim of the rest.

A number of men from Lowell were at Pearl Harbor that day, and they all fought back. Clifton Edwards, a 1936 graduate of Lowell High who lived on Merrill Street, was a 24 year old seamen on the USS Curtiss, which was one of the few ships to get underway that morning. The ship’s movement and the intense anti-aircraft fire coming from it attracted the attention of the Japanese and the Curtis was hit by several aerial bombs, killing 19 of its crew, including Clifton Edwards. The second Lowell man to die that day was 23 year old Arthur Boyle of 28 Ralph Street, A 1940 graduate of Lowell High, Private Boyle was an aviation mechanic stationed at Hickam Field, the main US Army air base in Hawaii. Boyle was killed while trying to get an American fighter plane airborne to counterattack the Japanese.