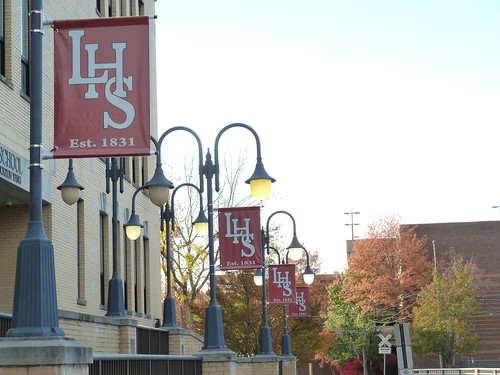 This past Tuesday night at the Lowell City Council meeting, several new motions and a response to a previously made motion reignited the (new) Lowell High debate in the council chamber. The prior motion, by Councilor Jim Milinazzo, had asked for clarification of the various street improvements recommended by the city traffic engineer. The engineer’s memo in response discussed the cost to install sidewalks on Clark and Douglas roads; for traffic lights at the intersection of those two roads and Andover Street; and the cost of widening or somehow altering Rogers Street/Route 39 to accommodate the increase in traffic.

That motion response and the two new motions, both by Councilor Samaras, called for “all costs at high school sites associated with traffic” and the timeline for the state’s environmental impact study (which will be triggered by the new high school and will dictate some of the improvements that will need to be made). There was a lot of back-and-forth among councilors with pro-downtown councilors pressing for the full cost and impact of the Cawley site and the pro-Cawley councilors arguing that those costs cannot yet be determined with specificity.

This coming Tuesday’s council meeting promises more of the same. While there are no new motions, there is a response to a couple of old ones, a joint motion by Councilors Samaras and Leahy, asking for an update on the costs of infrastructure improvements and of field replications (under Article 97) required at the Cawley high school site; and another by Councilor Leary about the cost of fixing drainage issues at Alcott Street and Douglas Road. The report is available online and Gerry Nutter did a good job of analyzing the recommendations and their cost on his blog on Friday. All I’ll say is that it totals nearly $9 million. [Also, please check back tomorrow for our City Council preview post and late Tuesday night for my City Council meeting notes].

According to the Trail Court’s Electronic Case Management system, the decision on the Motion for a Preliminary Injunction in the case of Lowell School Committee vs City of Lowell was due on Thursday, October 12, 2017 (30 days after the hearing on the motion). Nothing was posted on Friday, but perhaps a decision will be forthcoming this week.

Another Lowell court case, Huot vs City of Lowell, is scheduled for a hearing in U.S. District Court this week on the city’s Motion to Dismiss. This is the case brought by a number of Lowell residents under the Federal Voting Rights Act which they allege is violated by the city’s method of electing city councilors and school committee members. I posted a report from an informational meeting about this case that was held earlier this week.

The city election is just three weeks from this Tuesday. Council candidates fall under the jurisdiction of the state’s Office of Campaign and Political Finance, so there’s quite a bit of information about who is donating how much to which candidate, and about how much each candidate is spending on what available on the OCPF website.

At this stage, candidates must file reports every two weeks. I looked at the accounts of all 18 council candidates through their September 30, 2017 reports and made note of how much money they each had on hand on that date, and how much they had spent and for what over the prior six weeks. I omitted smaller expenditures (like a roll of stamps), expenses related to fund raising or food, and donations to charities or other candidates. Here is what I found, reported in order of candidate finish in the preliminary election.