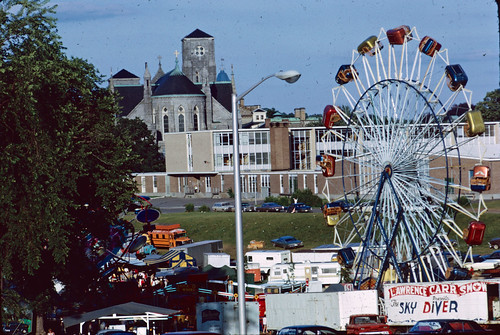 Carnival from another summer, this one on South Common. (Rogers School, St Peter’s Church, and Superior Courthouse in background.)

To commemorate the 100th anniversary of World War One, each week I’ve been posting a summary of that week’s newspaper headlines from the corresponding dates in 1917. This week’s post included July 4, 1917.  I noticed that there was little mention of Independence Day celebrations that year. That got me wondering how the 4th of July has been observed at other times.

Fifty years ago, on July 4, 1967, the big local event was the “traditional carnival” hosted by the Clover Club of Greater Lowell, set up on the grounds of the water filtration plant on Pawtucket Boulevard. The carnival had opened on Friday, June 30 and would continue through the evening of Tuesday, July 4, concluding with fireworks at 10 p.m. 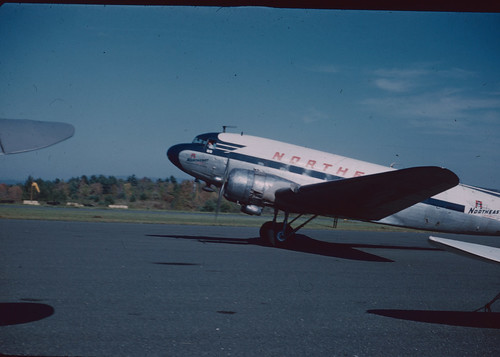 But other local news got more attention in July 1967, for it was at that time that the Massachusetts Aeronautics Commission turned down a request by the Lowell Airport Commission to take land in the eastern part of Chelmsford for use as an airport. The area in question was bounded by Route 3, Riverneck Road, and Brick Kiln Road. The commission agreed that a city the size of Lowell (then 87,000 residents) “must have access to air transportation facilities of all levels” but found that there were more practical locations in the Greater Lowell area for a new public airport. The state’s strategic plan for airports did call for one in Lowell and the Lowell Airport Commission “has been trying for several years to find a suitable location.”

One Response to 1967: Independence Day in Lowell