Today is primary election day in Massachusetts. Polls are open from 7 am until 8 pm. To find out where to vote and to see the ballot you will receive at the polling place, visit Secretary of State Bill Galvin’s “Find my election information” page. In the meantime, the following story is offered as a reminder that every vote counts: 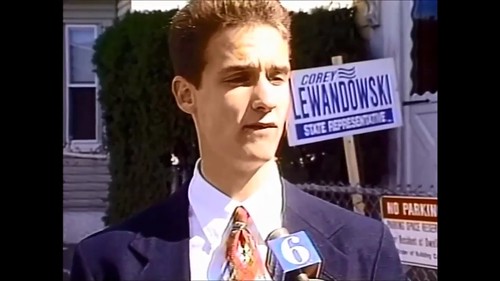 This summer, Republican presidential nominee Donald Trump has said that if he loses, it will be because the election was “rigged.” That’s hardly a novel complaint, but it turns out Trump’s prediction of an improper vote count might have its roots right here in Lowell, Massachusetts.

My basis for saying that is a YouTube clip that was floating around this week. It was the News Center 6 program from October 3, 1994.

When cable TV first came to Lowell, the cable company provided a full-blown news operation with reporters, technicians, and a nightly news program that was very popular. The lead story on this episode, anchored by Mary Hadad and Paul Melaragni, was the “recount in the Register of Deeds race” which, coincidentally, involved me. The preliminary vote count in the nine-person Democratic primary put me a handful of votes ahead of fellow attorney Karin Theodoros, so she requested the recount. This clip has short interviews with me and Karin and some footage of the recount in progress.

The real importance of this news episode comes at 3:21 of the clip. The story that begins there features a candidate for state representative named Corey Lewandowski—the same Corey Lewandowski who began this year as Donald Trump’s campaign manager and who continues to advise Trump while also contributing commentary on CNN.

Here’s some background: 1994 was a redistricting year. Before that, Lowell’s Centralville neighborhood was paired with the town of Dracut to form a state rep district which had been represented for many years by John Cox. In redistricting before the 1994 election, Centralville was joined with Pawtucketville to form an all-Lowell district, while Dracut was combined with Tyngsborough to form another district. Cox, who later became Lowell’s city manager, chose not to run for re-election that year. The Dracut/Tyngsborough seat was won by Colleen Garry and the Lowell seat was won by Tom Golden.

Lewandowski, who had just graduated from UMass Lowell, was running for the Lowell seat in the Republican primary. For some reason, he had not submitted the nominations signatures required to appear on the primary ballot, so he was instead running “on stickers” which means that voters could affix a sticker bearing the candidate’s name to the ballot. Each sticker would count as a vote.

Lewandowski got some votes, but to win the nomination on a sticker campaign, you must receive at least as many votes as the number of signatures you need to make it onto the ballot in the traditional manner. That number was 150 and Lewandowski didn’t reach it.

In this News Center 6 clip, Lewandowski attributes his loss to shady practices in the handling and counting of ballots and vows to pursue the matter in court. While he didn’t use the word “rigged” to describe the situation, that sentiment permeates his remarks. It might also have stuck in his memory, which could partly explain the Trump campaign’s suspicion of the vote counting process.

This clip also cleared up a Lowell political mystery for me. I clearly remember Lewandowski running for state rep back in 1994. I was running for another office at the same time, so we both attended many of the same political functions and we spoke at most of them. When Lewandowski emerged as a national figure in the Trump campaign earlier this year, I turned to the Massachusetts election records to see how Lewandowski had done in that election, but his name was nowhere to be found. Now I know why. The state election stats don’t include the names of unsuccessful sticker candidates, even those who go on to manage presidential election campaigns.

3 Responses to Every Vote Counts