The following is by Vincent Valentine, the founder of The Telephone Museum:

If there were a map showing naturally occurring synergies of proximity, Lowell would be a major nexus point for telephony.

While Lowell native Charles Glidden is known as an American telephone pioneer and Moses Greely Parker is credited with inventing the telephone number directory system, another well-known telephone pioneer, Charles Williams Jr, may have actually been born in the Middlesex Village area of Lowell. I say ‘may have’ because to the best of my knowledge, his birth certificate has not been found.

In 19th century Massachusetts, new towns were being created by subdividing existing ones. When Charles Williams Jr was born on March 2, 1830, Middlesex Village was part of Chelmsford and in 1854 was annexed to Lowell.

Dick Howe, Register of Deeds, provided a preponderance of evidence showing Charles Williams Jr was born in Chelmsford. Passports, membership cards, marriage records, business ownership documents, all refer to Chelmsford as Williams’ birthplace. His death certificate however, states his birthplace was Claremont, NH. As Dick described, “Since he could not have been the provider of that information, it seems clear that whenever he had to identify his place of birth, it was Chelmsford”. 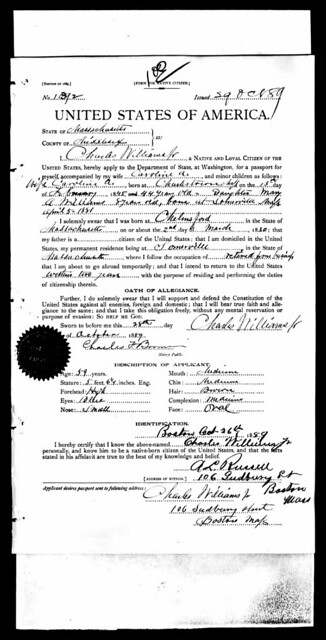 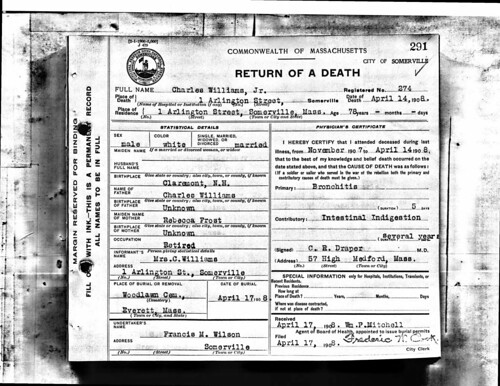