Earlier today I received an email asking for help in identifying this political button. 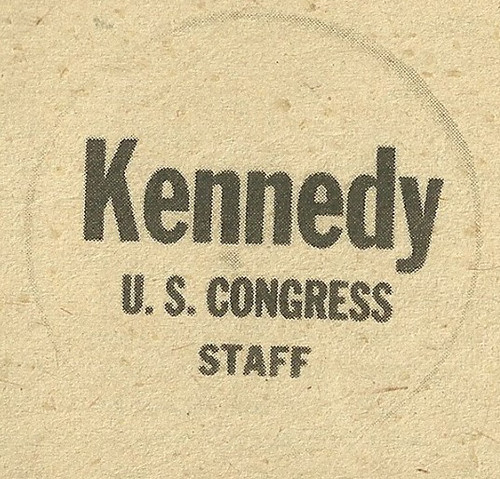 The query explained that the button is 2-1/4” across and that it was made by Universal Badge, probably in the late 1960s, early 1970s.  Since the only “Kennedy” of that generation who served as a member of Congress was JFK and he was in Congress much early, the question becomes, was this from the 1970 Congressional campaign of Lowell’s Bob Kennedy?

Incumbent Congressman Brad Morse had been appointed to the UN by President Nixon and so there was an open seat.  Here’s the lineup in the Democratic Primary:

Kerry won with 20,771 although he lost the general election to Paul Cronin.  Paul Sheehy finished second on the primary with 15,641 votes.  Bob Kennedy finished fifth with 5,632 votes.  I believe that he was already a state representative when he ran for Congress.  He went on to serve multiple terms as a Lowell City Councilor, one term as mayor of Lowell, and several terms as Governor’s Councilor before becoming the director of the Lowell Regional Transit Authority.

So, does anyone recognize the button from that campaign?  If not, any suggestions about where it came from?  Please post your answer as a comment or by email to me at DickHoweJr[at]gmail.com.  Thanks.