Here’s another fascinating story from Lowell’s history by Julie Mofford, a former staffer at the Lowell Historic Preservation Commission, who currently lives in midcoast Maine where she writes and works as a museum and historical society consultant.

When I stayed with my grandparents in Zanesville, Ohio, my bed faced the picture of a seated lady who always seemed ready to reprimand me.  Sometimes she rode into my nightmares on a broomstick.  Grandmother refused to remove her to the attic.

“That portrait’s too heavy. Anyway, she’s the mother of a great artist named James McNeill Whistler.”

‘One does like to make one’s mummy look as nice as possible, ‘ he said after painting Arrangement in Grey & Black, No.1 in London in 1871. The flamboyant expatriate was born in Lowell July 10, 1834, though he denied the fact stating, “I do not choose to be born in Lowell.”  When asked why he happened to have been born here, he replied, “The explanation is quite simple.  I wished to be near my mother.

Because of this familiar portrait, Whistler’s father has been largely overlooked.  Yet George Washington Whistler was described as ‘witty and charming’ by contemporaries.  He was considered a man of ‘spotless integrity,’ with polished manners and a military bearing.  His skill at playing the flute earned him the life-long nickname ‘Pipes.’ 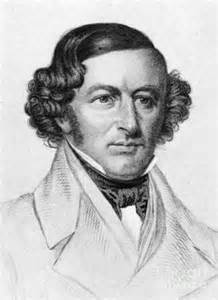 One of fifteen children, George Whistler was born in 1800 at Fort Wayne, Indiana, a military outpost commanded by his father.  George entered West Point at fourteen, placing first in the class in drawing and fourth in geometry.  Following graduation, Whistler briefly taught mathematics, then became a lieutenant in the artillery with the Army Corps of Engineers.  His job was to stake out western boundary lines, “enduring every privation, living among Indians, wearing snowshoes and even sleeping in snow and subsisting on parched corn.” (Mumford, p. 19).  The young army officer also became interested in railroad construction.  Although there were no viable passenger lines in the country and only a few miles of track for hauling freight, it was clear that railroads spelled the future of transportation.

In 1828, the Baltimore and Ohio Railroad sent Whistler to England to learn more about railroad technology, including the laying of tracks.  He became a railroad engineer when Americans still laughed at anyone who said a locomotive could go faster than horses pulling stagecoaches. “The noise would keep cows from giving milk, hens from laying eggs and the smoke would surely kill birds and poison our air,” insisted many.(Parry, p. 27).

By 1831 Whistler was in New Jersey overseeing the construction of the Paterson and Hudson River Railroad and two years later, lines between Providence and Stonington, Connecticut and Baltimore & Susquehanna.  With his brother-in-law, William Gibbs McNeill, he designed the Boston & Providence Railroad that included the famous Canton Viaduct, in service for 174 years.

Whistler was a widower with three children when he married McNeill’s sister, Anna Matilda, in 1831. They eventually had five sons, the artist being first-born. The southern lady dressed in grey & black was indeed strict, since no toys were permitted on Sundays and the only book allowed was the Bible.”

More interested in civil engineering than in military life, Whistler resigned his commission in 1833with the rank of Major.  He had been invited by the Proprietors of Locks and Canals to become chief engineer and supervisor of the machine shop in the new city of Lowell.  On June 1, 1834, the family moved into the residence at 243 Worthen Street, now The Whistler Museum of Art and home of the Lowell Art Association since 1908.  The house had been built for Paul Moody, first engineer at the Locks and Canal Company, who lived there 1824 -1831.  In addition to Major Whistler’s annual salary of $300, the house was rent-free.  In a letter, he described Lowell as a “remarkably well-regulated manufacturing town; drawing visitors from other places, even other countries to see ‘a new city of a new type in a new era.’                 (Mumford, p. 38)

The large, red brick building had been taken over by the Proprietors of Locks & Canals from the Merrimack Company in 1825.  The shop developed machines to turn out cotton cloth and created turbines and steam engines for water power. Whistler helped design Lowell’s canals and aqueducts and learned how to design and build locomotives here.  He took apart a British locomotive imported from Stephanson at Newcastle to figure out how it was put together.  He worked with Patrick Tracy Jackson to open the Boston & Lowell Railroad.

On June 30, 1835, the first locomotive rode the rails over the 25 miles between Lowell and Boston in one hour and 17 minutes with Whistler riding in triumph with several other passengers.  It was supposed to be named after Patrick Tracy Jackson but was called The Patrick in the end because Lowell did not wish this great honor confused with President Andrew Jackson who was no favorite here.  The day of celebration drew curious crowds, including citizens anticipating the train’s break down, bringing death to everyone inside.  The return trip took an hour and 40 minutes with twenty-five passengers aboard.

According to the Lowell Journal & Mercury, January 8, 1836: ‘The construction of the Boston & Lowell Railroad is pronounced by competent judges to be the best in the United States…The train of burthen cars now runs daily bringing about 40 tons of cotton or coal at a time.  Extreme cold weather, snow and ice have not obstructed the progress of locomotives and cars this winter.’

Whistler and his family left Lowell in 1837.  He took charge of the Stonington Railroad in Connecticut, then laid iron roads through Western Massachusetts linking Boston to Albany. This feat was compared to ‘laying a railroad all the way to the moon’ because it was believed to be the longest and highest in the world.

By 1842 Whistler was considered America’s preeminent Railroad Man.  At one point, six different lines were under his direct supervision. (Parry, p. 46). Not only could he manage construction, he also excelled in organizing rail traffic and rolling stock repairs. He was considered an expert at laying rails and also designed the first steam whistle on any locomotive in the country.

Pavel Melnikov, the leading Russian engineer, was sent by Czar Nicholas I to interview Whistler, considered by Russians to be the world’s greatest engineer.  He was subsequently hired at an annual salary of $12,000 to direct construction of Russia’s first major railroad between St. Petersburg and Moscow.  Educated Russians regularly conversed in French, a language Whistler knew well.  Escorted by Major Boutattz of the Russian Imperial Engineering Corps, he sailed for Russia bringing with him the latest equipment.  The future artist, James McNeill was nine when the family later joined him in Russia.  In 1846 the talented boy was accepted by the Imperial Academy of Fine Arts in St. Petersburg.

Although Whistler was officially, the consulting engineer on this project he had full charge of all construction and supplies – a challenging job in a country short of machinery, mechanics and materials that had to be imported.  Machine shops had to be built for the manufacture of locomotives and cars.  There were bridges, depots, and miles of tracks to map and construct.  Whistler was also responsible for housing, feeding and supervising 60,000 men, (Mumford, p. 114), 40,000 of whom labored on the 420 mile long double railway that was scheduled for completion in five years at a cost of forty million dollars.  Several American companies contracted with the Russians to build 162 twenty-five ton locomotives and 25 tenders, 5300 iron trucks, 2500 eight-wheel freight cars, 70 passenger cars and two 80 foot long, 16-wheel special cars   (Parry, p. 126).

Whistler’s expertise, energy, and polished manners impressed the Czar who claimed this railroad had been the dream of Peter the Great. “I am completing Peter’s work,” Nicholas I told Whistler proudly. (Parry, p. 72).

Following his formal presentation at the Czar’s Winter Palace, Whistler wrote, ‘I talked of railroads and answered his questions with as much ease as I could have talked with any private gentleman.  I verily believe I never even said Your Majesty once.’  (Parry, p. 73).

It was said no other American with the exception of former ambassador John Quincy Adams, was held in such high esteem by Russians.

Reading Whistler’s letters about ‘the long reign of the Russian winter’ evokes scenes from Doctor Zhivago.   Russian noblemen donated their serfs or bonded peasants (Mumford, p. 57) who with Polish captives provided hard labor.  Because outdoor work seasons were so short, they worked 14 hours a day, seven days a week.  Typhoid and cholera epidemics were so regular that the railway route was dotted with graves.  Workers lived in camps of sod huts and tents and slept on the ground.  Sometimes they stayed in wooden barracks held together with birch bark and branches.  Since vodka was the prescribed cure for illness and exhaustion, drunken behavior was usual. (Parry, p. 87).

Although Whistler refused to wear the Russian uniform required of all noblemen and militia, a grateful emperor honored him with the Order of Saint Anne in 1847.   On May 19 that same year, Anna McNeill Whistler wrote: ‘We shall always remember that the opening of this first sixteen miles of the Moscow & St. Petersburg Railroad took place upon Major Whistler’s 47th birthday.”  Her husband rode in the Czar’s special car with Russian royalty.

A few months before he turned 50 in 1849, George Washington Whistler contracted cholera, recovering only to suffer a fatal heart attack.  He died in St. Petersburg two years before his Russian railroad was completed.

“George Washington Whistler has shown himself a great master in his profession – equally a man of science and a man of business’ (Mumford, p. 56).   A pioneer of railroads, he was the first American civil engineer to use contour lines to show elevation and the first to employ contour lines to show elevation and relief on maps.  Beginning in 1841, he built the country’s first keystone arch bridges, many of which remain in use.

One of my own assignments at Lowell Historic Preservation Commission in 1990 & 1991 was to provide technical assistance to the Boston & Maine Railroad Historical Society in mounting an exhibit inside the railcar on Dutton Street.  Although this organization’s artifacts and historical photographs would remain securely housed at the Center for Lowell History, members were invited to share posters, souvenir tickets, timetables and other personal memorabilia with visitors.  Meetings to make plans, to select items to share and to script labels were something to look forward to.  I wish I’d known about George Washington Whistler, especially his Lowell years, back then.

One Response to “Whistler’s Father” by Julie Mofford